Building Back After Dorian

Building Back After Dorian 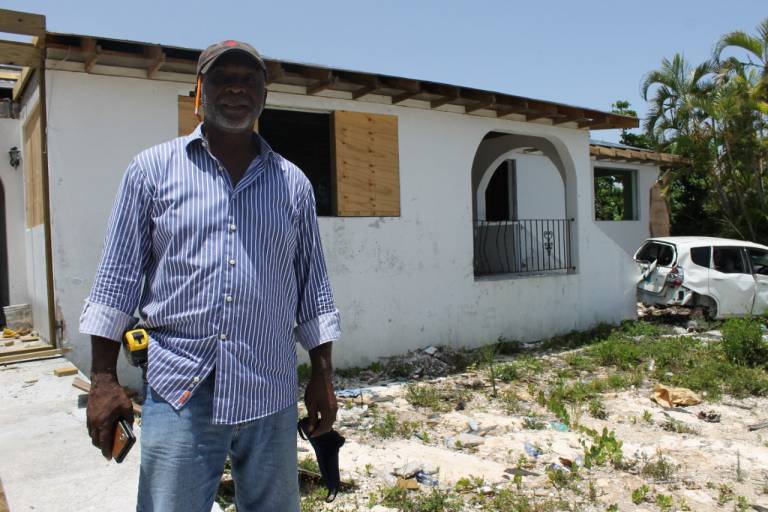 Fritz Bootle has lived in the Bahamas for most of his life, where Dorian damaged his home. As a contractor himself, he is grateful to the American Red Cross for providing the funds not only to him to fix his home, but to many of his neighbors who hired him to fix their homes as well. 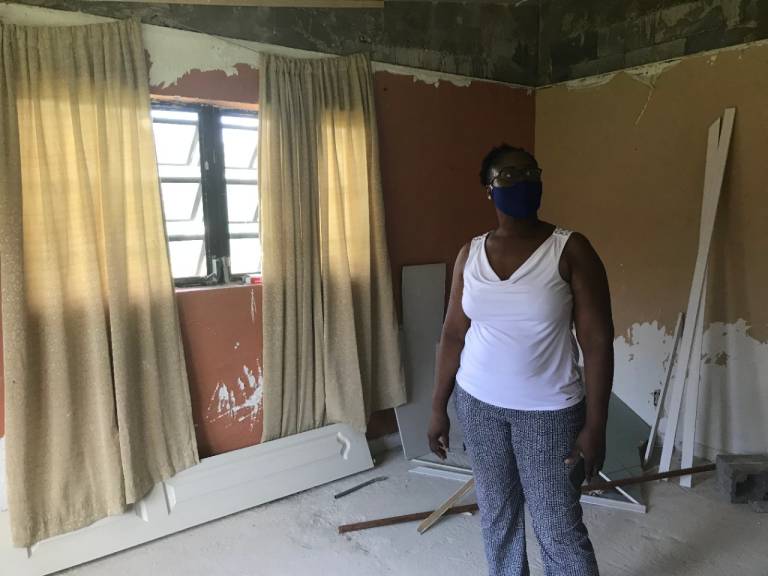 Rudell Fowler received money from the Red Cross to help repair her Freeport, Grand Bahama home after Hurricane Dorian did significant damage. She’s focusing on fixing the leaky roof. With a new roof above her head, she reflects on how far she’s come since the storm and how grateful she feels to be able to live safely once again with her mother, daughter and her brother in the home.

As Fritz Bootle stood in the Bahamian heat looking at his home on the island of Abaco, it was easy to see right through into the living room. A gaping hole in the house where the windows should be and parts of the exterior walls replaced with wooden beams put his home somewhere between being nearly torn apart, and in the process of being put back together.

Bootle is one of thousands of homeowners in The Bahamas whose house suffered severe damage when category 5 Hurricane Dorian struck the Caribbean nation in September 2019, with the islands of Grand Bahama and Abaco bearing the brunt of the storm.

He is determined to live in his home once again. As a skilled contractor he’s working on rebuilding it himself—now that he can buy materials to fix it with a home repair grant from the American Red Cross.

The Red Cross is giving homeowners in Grand Bahama and Abaco up to $11,500 each to use on repairing damage the hurricane did to their homes . For Bootle, that means getting it back to a livable state while making improvements. He’s making his house more accessible for his son who uses a wheelchair, and improving the layout of the inside. He says being given the money to work on his  dwelling is fantastic, since he can make decisions about his building materials and stretch the dollars by doing the labor himself, even at the age of 71.

“There are so many people that need help and this is helping them,” he said about the home repair funds from the Red Cross.

On the island of Grand Bahama, Rudell Fowler has her mother, daughter and brother living with her while working to fix her home in Freeport. She says it didn’t feel safe after the storm, that the first thing Dorian ripped off was the roof above the master bedroom, taking away the roof over her head and her sense of security. But now she says that feeling of safety is returning as her house starts to feel like home again after receiving money from the Red Cross to get started on making the needed repairs. Fowler says thanks to a boost from the money, she feels like she’s come a long way since Hurricane Dorian hit, as has her house right in time for the next round of possible storms.

“It was a great help and we’re in hurricane season again so I’m very grateful,” she said.

Hundreds more homeowners have been given Red Cross grants to make repairs, and workers from the Bahamas Red Cross help to guide them through every step on how to better rebuild their homes. Many people living in Abaco and Grand Bahama evacuated to the island of New Providence to escape the storm, but now are able to return home to utilize the Red Cross money within the local economy while rebuilding. The grants are made possible by the generous donations of the American public and through an American Red Cross-funded partnership with CORE.

American Red Cross in the Bahamas

The American Red Cross has been working in The Bahamas since Hurricane Dorian hit in September 2019, supporting the Bahamas Red Cross and the global Red Cross and Red Crescent network to distribute emergency relief items, food, water and millions of dollars in cash--in addition to repair work and rental assistance to people affected. Thanks to the amazing generosity of the American public, the Red Cross is able to continue providing critical support to families still working to overcome the intense challenges presented by a hurricane. In the midst of the COVID-19 outbreak, the Red Cross continues to keep safety the main priority and is adapting our programs and efforts to follow all health guidelines while still delivering our mission. For more information on Hurricane Dorian recovery, visit www.redcross.org/dorian.