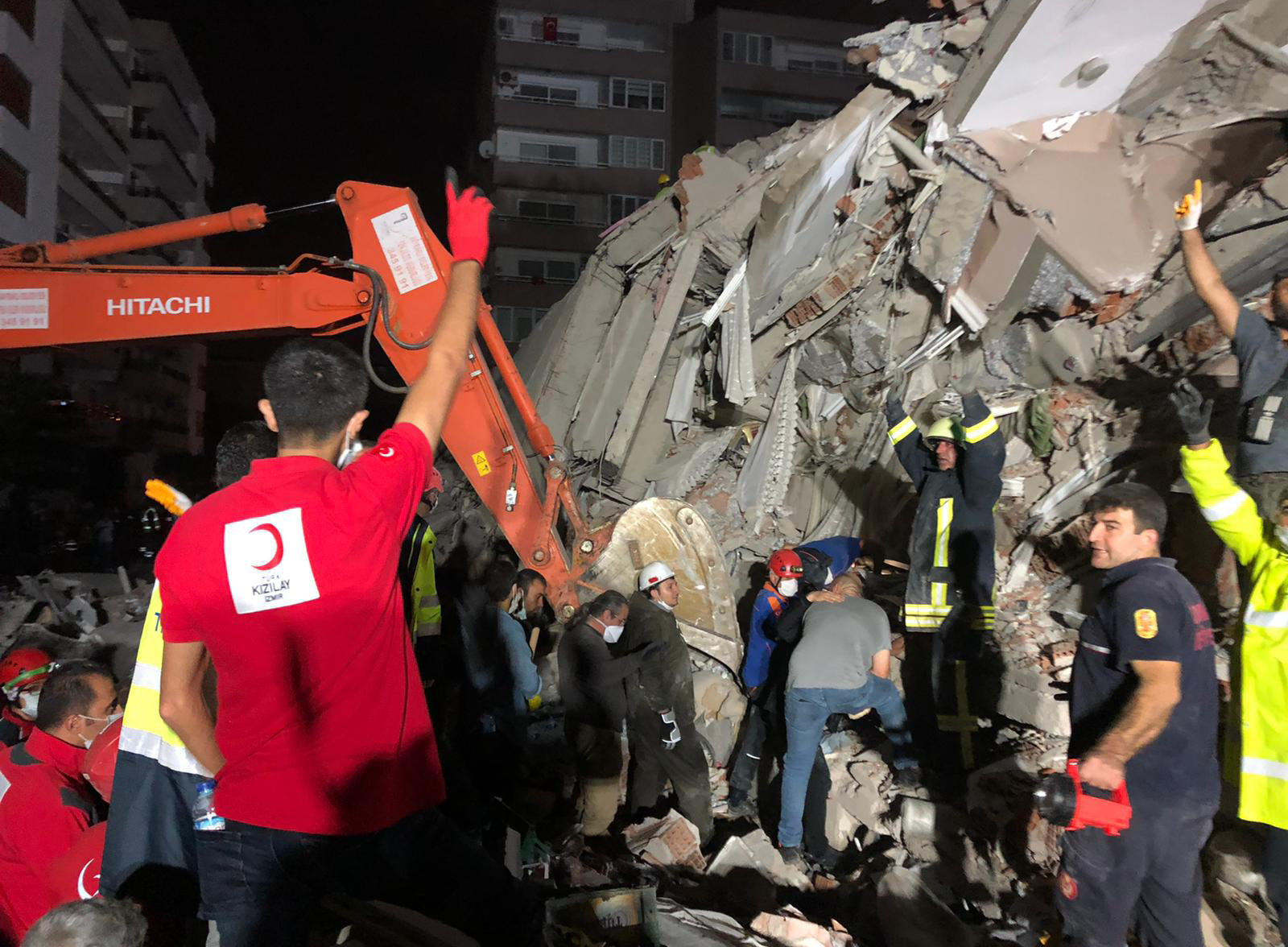 Turkish Red Crescent search and rescue teams are assisting around the clock to save those still alive in buildings in Izmir, Turkey. 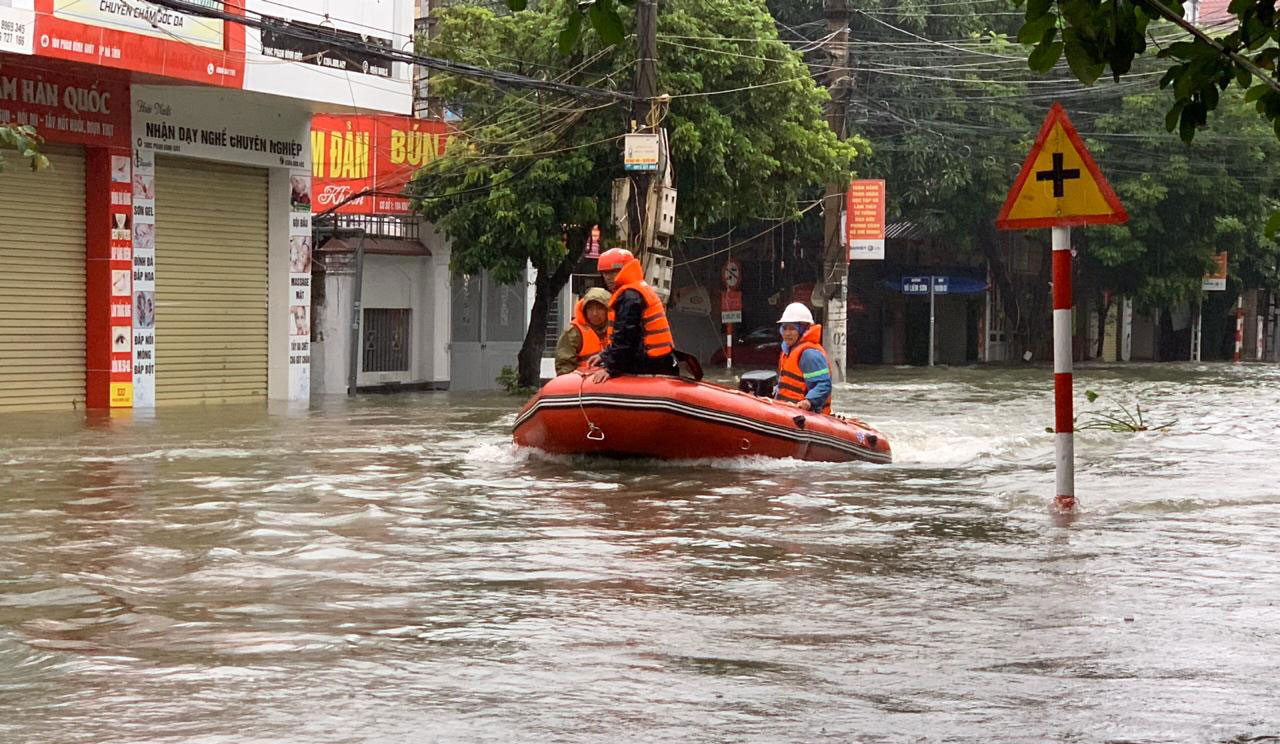 Search and rescue teams from the Vietnam Red Cross continue their search to help those in need. 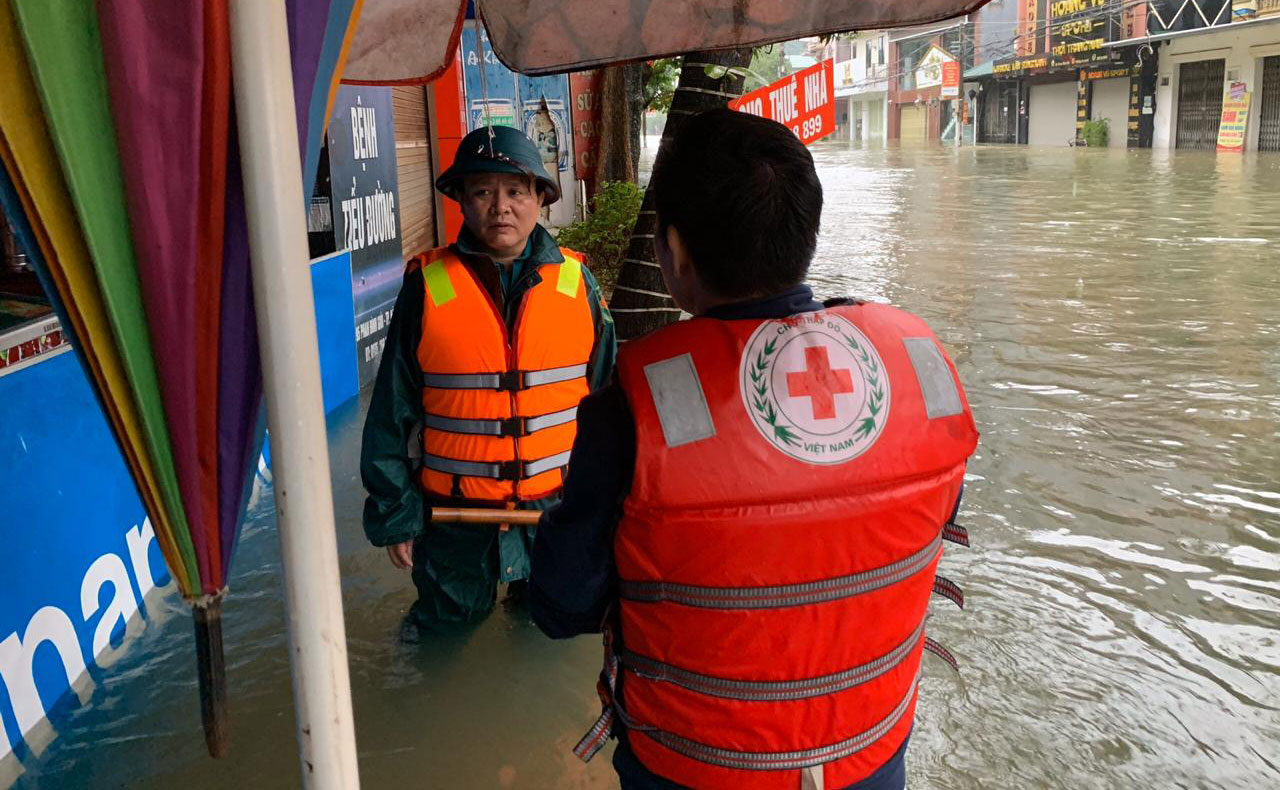 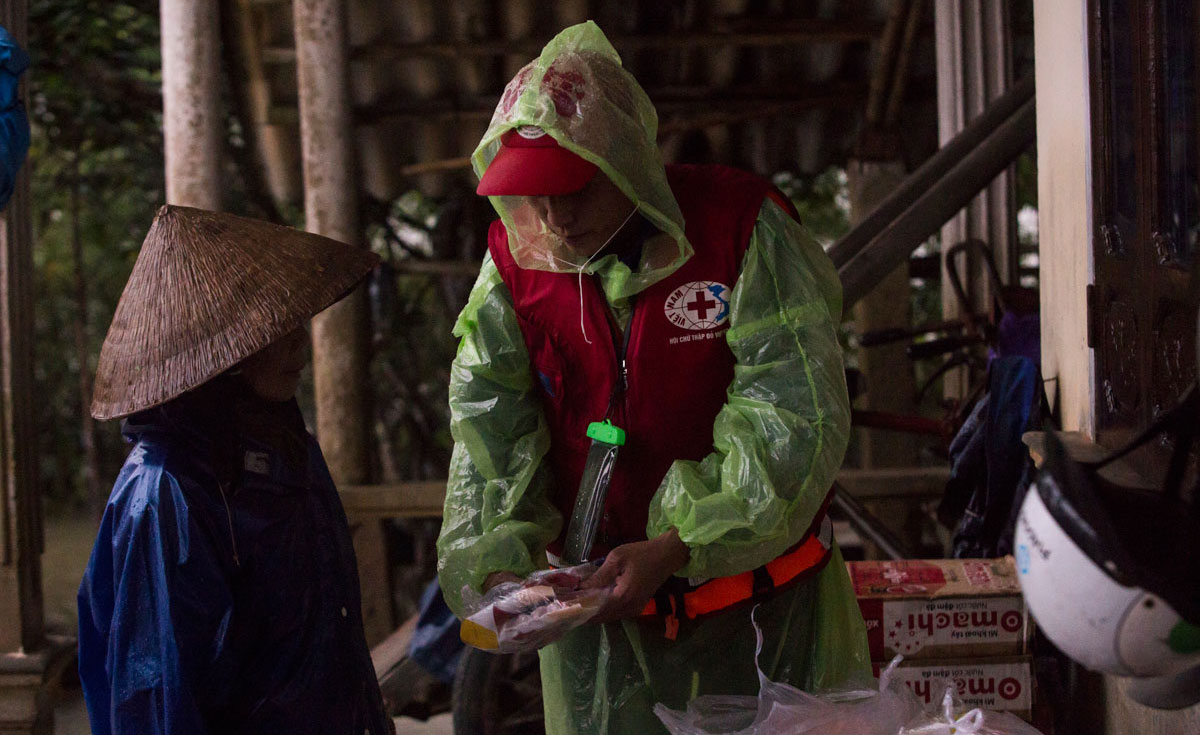 Distribution of food, clean water and other essentials is crucial to meet the urgent need for those affected. 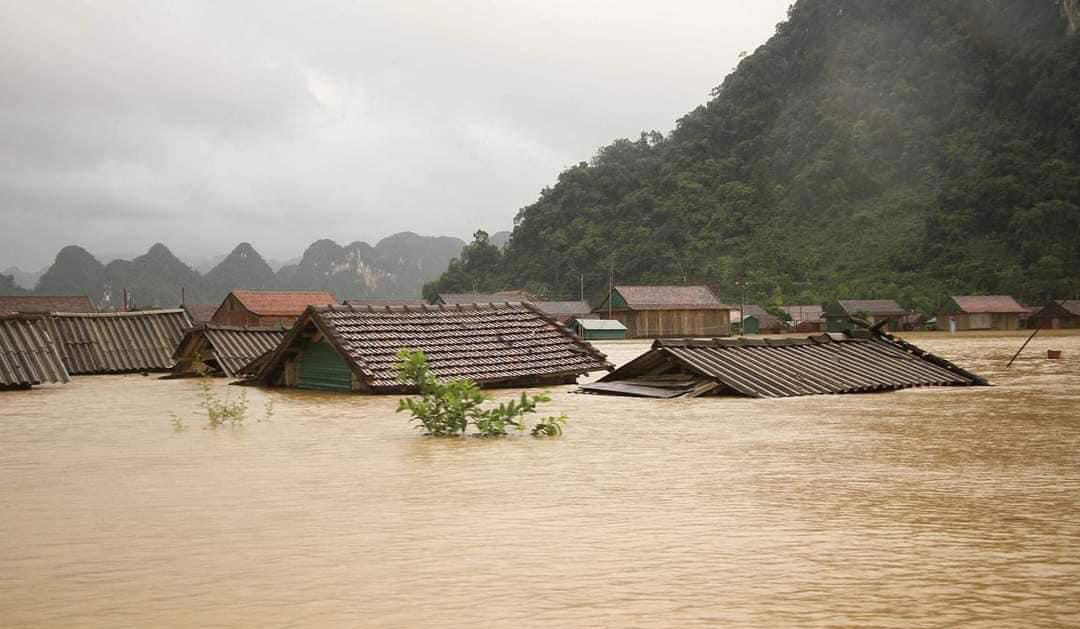 Five storms in one month have caused catastrophic flooding across Vietnam. 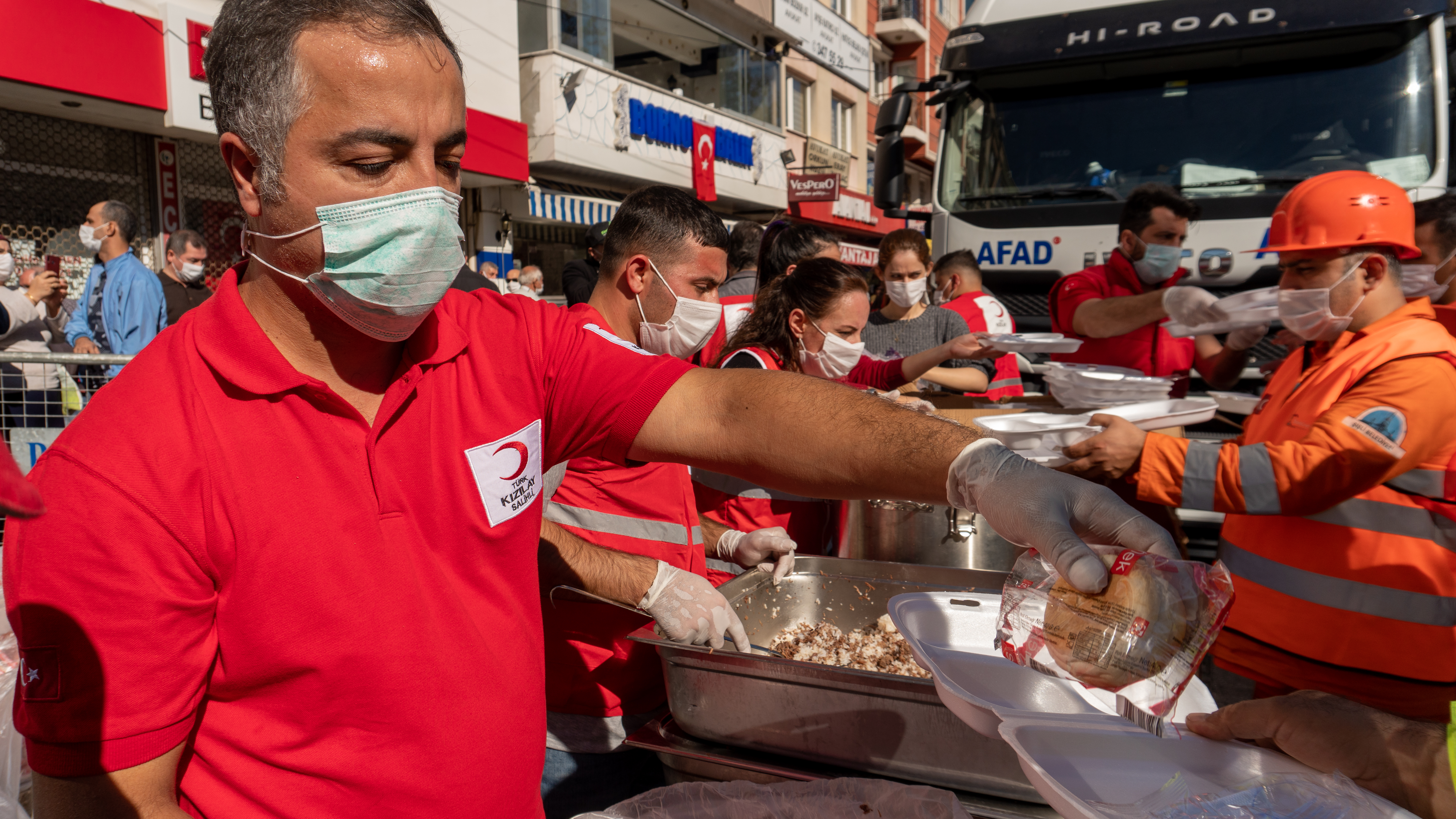 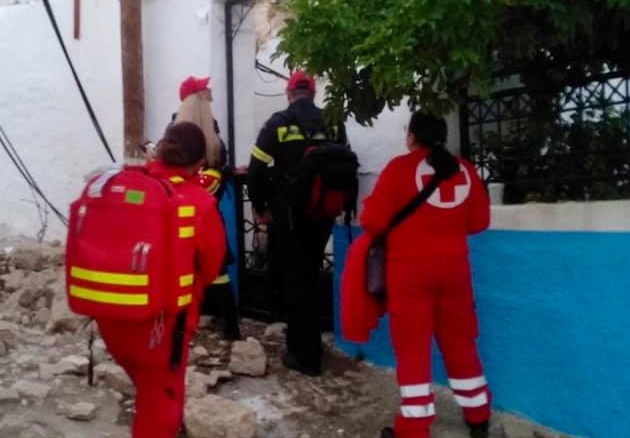 Greek Red Cross search and rescue teams on site in Samos, Greece searching for survivors in the rubble.

On October 30 a powerful 7.0 magnitude earthquake rattled the coasts of Turkey and Greece. The epicenter was projected to be about 17 km off the coast of the western Izmir province. The powerful quake could be felt as far away as Athens and Istanbul.

Devastation was felt in both countries. The current death toll is more than 90 persons and hundreds are injured, in need of medical care. Buildings have collapsed in both Samos, Greece and Izmir, Turkey.

From the onset of this disaster, the Greek Red Cross and Turkish Red Crescent have been delivering life-saving aid. There is still a critical window of time to save lives and both teams have deployed search and rescue teams. People and their pets have been rescued from the rubble.

Most affected was the city of Izmir, Turkey where more than 600 Turkish Red Crescent staff and volunteers are providing relief. Search and rescue teams are working around the clock to save lives. Most recently, after 65 hours of searching, responders on the ground were able to rescue a 3-year-old little girl and transport her for medical care. Five mobile kitchens and five catering units provide three hot meals a day and shelters are provided for those who’ve lost their homes or cannot get back home. Constant aftershocks and the pervasive presence of COVID-19 complicate current relief efforts. To ensure the safety of everyone, face coverings and sanitizers are distributed to all in need. Finally, due to the traumatic nature of this disaster, emotional and mental health support is being provided to all who request it.

“Right now, we have a critical life-saving window – our teams are focused on ensuring people get the urgent support they need in the days after this earthquake,” said Ibrahim Ozer, Turkish Red Crescent Deputy Director General for Disaster Management from Izmir.

Typhoon Molave arrived in Vietnam on October 28, bringing with it destructive winds and rain. Four major storms in the past month have caused catastrophic floods across central Vietnam. Typhoon Molave’s presence exacerbates existing damage and floods still present from previous surges. More than 310,000 homes have been damaged or destroyed by recent flooding, leaving close to 1.2 million people in severe danger and in need of relief. Currently, people need shelter, food and clean water after the severe storms.

In response to the existing flooding and current typhoon, Vietnam Red Cross staff and volunteers have supported the government with a mass evacuation of 1.3 million people who were in the path of Typhoon Molave.

“The people of Vietnam are tough, yet this is among the worst destruction ever seen in many areas. The relentless storms and flooding are taking a devastating human toll, further destroying livelihoods and isolating millions of people. We are mounting one of our biggest relief operations ever, to provide critical relief including food, blankets, tarpaulins and cooking equipment. All our hard work in containing the social and economic fallout of COVID-19 is being undone by these massive storms hitting us one after the other,” Madam Nguyen Thi Xuan Thu, president, Viet Nam Red Cross Society, said.

National media: Contact the Red Cross media team for interviews and audio-visual from the scene.