The Bahamas - Two Women’s Stories of Resilience After Dorian

The Bahamas - Two Women’s Stories of Resilience After Dorian 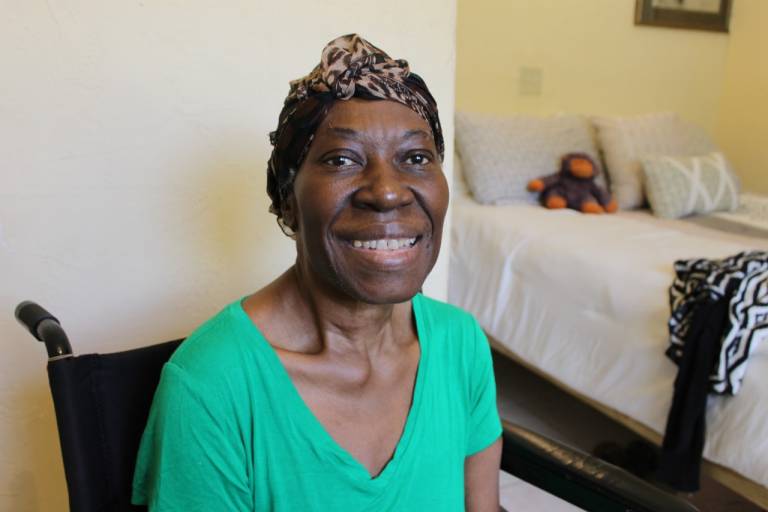 Geniece feels at home in her new apartment six months after Dorian destroyed her home. 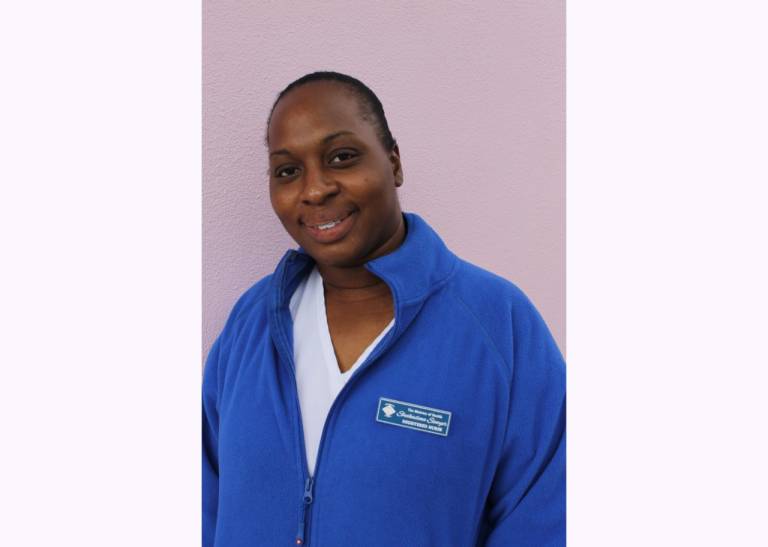 Sheikadena smiles during a break from work as an RN at a clinic in Freeport where her family moved while their home in Abaco is repaired.

“I couldn’t be more grateful; I didn’t know where the next dime was coming from.”

Geniece was overwhelmed and shocked as she held her financial assistance card in her hands six months ago. “I can’t even describe the feeling that I got,” she says.

After riding out the hurricane in a church for three days, going back home was devastating.

“I went back to the apartment after the hurricane, there was nothing to go back to. The apartment was there, the building was there - but when I opened the door, all the ceiling was on the floor; the water was ankle deep,” she said.

A wave of relief came when she got a call from the Bahamas Red Cross and received immediate funding in the form of a cash card and additional money to help pay rent on a new apartment. She got the card when it felt like she didn’t know where to turn next.

“I’m shocked because I didn’t expect this and it came at a really, really good time.”

The American Red Cross worked alongside the global Red Cross network to distribute more than $14.8 million in financial assistance since the storm, much of it in the form of debit cards and rental assistance directly to people like Geniece. The money is just one of many ways the Red Cross has been able to help people affected by the storm.

With limited mobility and a recent diabetes diagnosis, Geniece says she constantly counts her blessings now, one of the greatest being that call from the Red Cross.

In the six months since, she has been able to get into a new apartment, replace the essential household items she needed to live and help out her son and two granddaughters.

“I’m actually thankful to God that he allowed me to be positive about this and look at the whole thing and see the blessing in it and allow me to move forward. A long, long way I’ve come.”

Geniece is looking at her long-term goals too, saying she’s looking forward to the next steps but always grateful for coming this far in the six months since the storm.

“Dorian was the hurricane of all hurricanes, it’s never been like this.”

As she reflects on the six months since Hurricane Dorian uprooted her life, Sheikadena Sawyer’s face turns from sadness to contemplation as she thinks about how far her family has come. From riding out Hurricane Dorian in a school in Abaco and listening to the roof peel off as she, her three children and husband hid under a bathroom sink for 3 hours, to continuing work as a registered nurse in Grand Bahama.

Sheikadena immediately started pitching in after the storm, using her nursing skills to attend to the injured. She hasn’t stopped, even though her own family was deeply affected. They eventually left Abaco and came to another island—Grand Bahama—to stay with family and work to get back on their feet.

“I lost everything. When I came out of Abaco, we basically had the clothes we had on.”

For her, the loss is deep with so much of the island she calls home destroyed. “Before the hurricane, if you had seen Abaco...paradise. And to see what that did, I said ‘look at my island, it’s gone. That’s the most hurtful part,” she said.

But the Red Cross was there to provide immediate financial assistance to her family. She says it came at the most crucial time, that instead of falling apart she felt like she was empowered to start putting her life back together. A volunteer who helped her evacuate was there when she received the money in the form of a debit card, and says she mostly spent the funds on food and school needs for her children—like uniforms and workbooks.

Looking at her children in their new school clothes, she is happy they were able to get back in school soon after Dorian, even if it meant leaving their home in Abaco.

It wasn’t her first experience in a hurricane, but it has affected her like no other. Sheikadena and her family are working to restore their home and want to move back there, an idea she remains optimistic about. Until then, she’ll continue helping others as a nurse as much as she can.

“The American Red Cross has been there with food, shelter, everything. My family really appreciates it because we left Abaco with nothing, so everything was needed,” she said.

The American Red Cross in the Bahamas

The American Red Cross has been helping in the Bahamas since Hurricane Dorian hit last September, providing emergency shelter items, food, clean water and millions of dollars in cash and rental assistance to families. It is because of the generosity of the American people that the Red Cross is able to provide continued support to families. In the midst of the COVID-19 outbreak, the Red Cross continues to keep safety the main priority and is adapting our programs and efforts to follow all health guidelines while still delivering our mission. The Red Cross is working to mitigate the spread of the virus through community-based health and hygiene information and working in a contactless environment to maintain safe distance.

How Does the American Red Cross Help Asylum Seekers and Migrants?
.type=article.p=1.t=redcross%3ALine-of-Service%7CInternational.t=redcross%3AIncident%7Churricane-dorian
View All
Donate Now