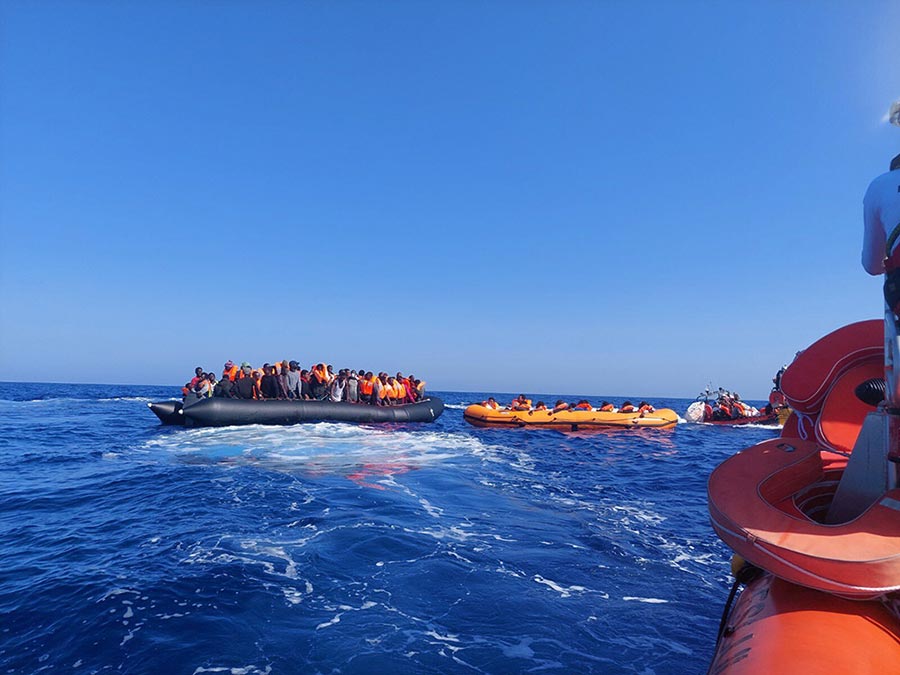 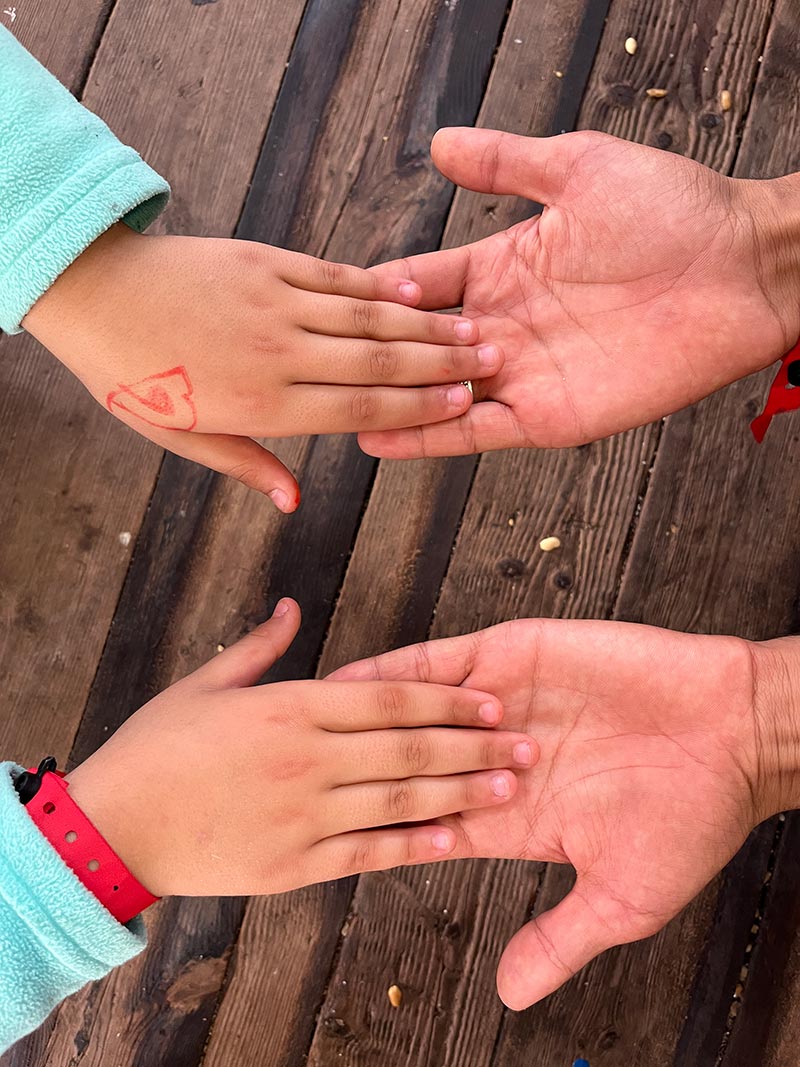 Amar and his nine-year-old sister, Syrian refugees who narrowly escaped drowning, hold hands. They were among 300+ people rescued from the waters of the central Mediterranean Sea last month by the International Federation of Red Cross and Red Crescent Societies (IFRC) and SOS MEDITERRANEE. Red Cross photo by Jenelle Eli

Standing on the deck of the Ocean Viking rescue ship, 20-year-old *Amar — a Syrian refugee who narrowly escaped drowning — sees the dawning of a new year with a renewed sense of hope.
Amar, his mother and his nine-year-old sister were among the more than 300 people rescued from the waters of the central Mediterranean Sea last month by the ship, which is operated by the International Federation of Red Cross and Red Crescent Societies (IFRC) and SOS MEDITERRANEE.

Central Mediterranean Sea: A Dangerous Journey
“Countless lives are lost on the long Central Mediterranean route between Libya and Europe — the most dangerous migration route in the world,” remarks Jenelle Eli, an American Red Cross worker deployed to the rescue ship. Nearly 1,400 people are known to have died this year trying to cross in small wooden boats or inflatable rafts. While these are the officially recorded numbers, it is believed that many more have perished at sea.

The Ocean Viking crew rescues people in distress in international waters and provides first aid, comfort, childcare, dry clothes, food and blankets. “We've gone through a lot of training to keep ourselves safe and ensure survivors feel comfortable onboard after they're rescued,” Eli said.

Amar’s Story
Amar decided to flee war-torn Syria when he felt he had no other choice for a safe future. “I worked as a car mechanic and tried hard to provide for my family, but we had to leave,” he said, noting that they were heartbroken to flee the only home they’ve ever known.

The journey through Libya was a difficult one. Amar worked without pay as militias threatened kidnapping and worse. When he and his mother and sister stood on the Libyan coast in the dead of night ready to board their small boat, they had hope but also a great sense of fear.

Amar wondered if the boat would be intercepted by Libyan militias or if the vessel would survive the rough waters ahead. Desperate to reach safety, the family pushed aside their misgivings and boarded with hope in their hearts.

The sea was rough and as the hours passed, it was clear there was no land in sight.  Just before a massive storm rolled across the Mediterranean, the family was rescued and brought aboard the Ocean Viking. After boarding, they were overcome with emotion.

Amar’s mother says that she’s glad that they are safe. But with tears in her eyes, she tells the story of how the whole family didn’t manage to make it out of Syria altogether. Her husband and another son remain.

“When my whole family is together and safe, that’s when I can sleep,” she said. She and her daughter slept in a special area for women and kids onboard, where a Red Cross midwife and people like Eli cared for them.

Like so many children aboard the ship, Amar’s sister is resilient. Despite all she’s been through, she smiles, reads books and colors with the art supplies onboard. She’s even teaching some of the crew members how to count in Arabic. She’s picking up English and her enthusiasm makes everyone smile.
Eli says that stories like this are at the heart of what the Red Cross does around the world. “The family has been through tough times but are gentle with one another. They’re hopeful the future holds safety for them and others on this journey.”

Eli sees inspiration in Amar and in this humanitarian mission, remarking, “The Red Cross helps people in their greatest hour of need. Providing comfort and care to those like Amar and his family offers hope to us all.”