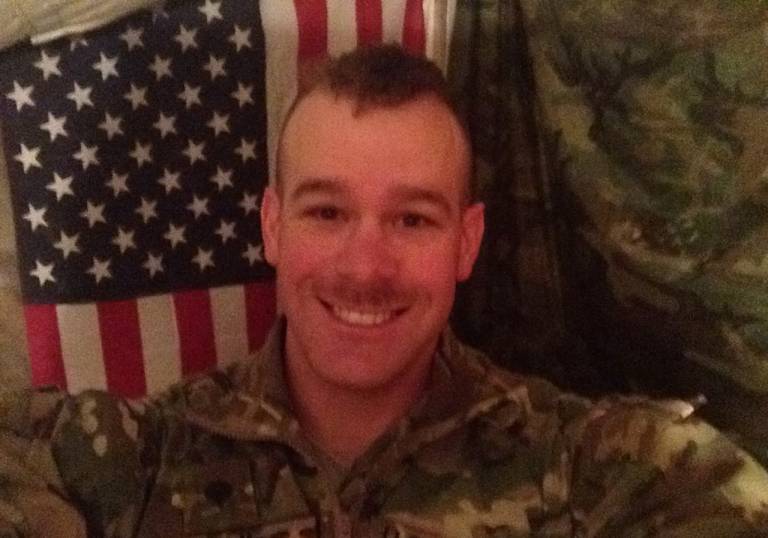 Cory Paul is a U.S. military veteran who just returned from a Red Cross deployment assisting Afghan evacuees at Fort McCoy in Wisconsin. Paul, who serves as the Executive Director of the Greater Columbus Chapter of the Red Cross, is one of nearly 800 Red Crossers who have supported repatriation and evacuation efforts. 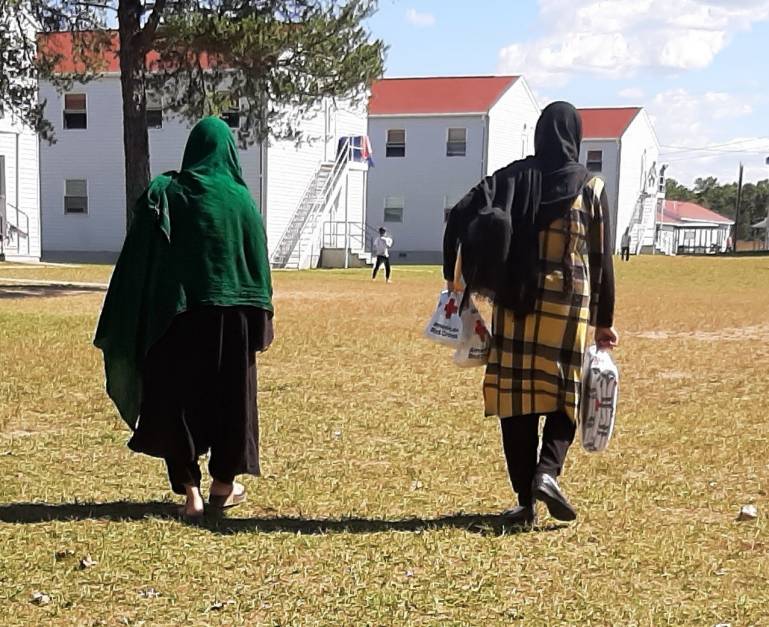 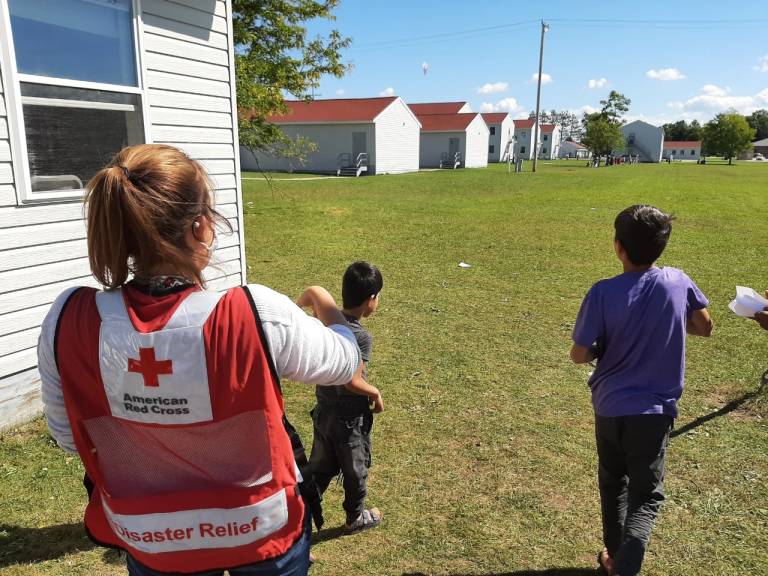 Allie Kress, an American Red Cross volunteer from Milwaukee, Wis., shares a few lessons on making paper airplanes, and learns a couple herself, from children who evacuated Afghanistan with their families. Kress and the children took up the paper airplane craftsmanship while the children’s parents picked up hygiene items at a Red Cross Client Care Center at Fort McCoy, Wisconsin. 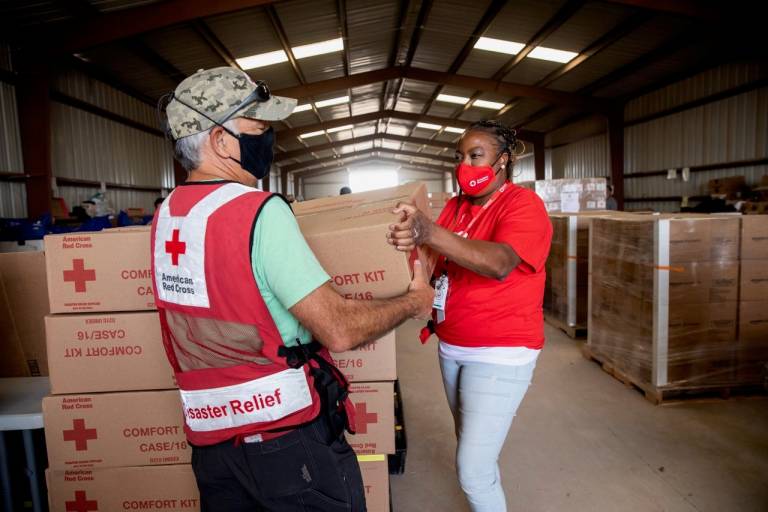 James Findley and Leslie Luther unload Red Cross comfort care kits at the warehouse located on Fort Bliss Dona Ana Range Complex in New Mexico. The American Red Cross is temporarily caring for evacuees being sheltered at military bases around the United States, at the request of the Department of Defense (DoD).

Paul, who serves as the Executive Director of the Greater Columbus Chapter of the Red Cross, is one of nearly 800 Red Crossers who have supported repatriation and evacuation efforts for tens of thousands of people from Afghanistan at U.S. military bases in the United States and around the globe.

Paul, a veteran who served with the Army National Guard and was deployed to Afghanistan in 2013, says this is the most important service of his Red Cross career.

“I served in Afghanistan with the Afghan people by my side. We had interpreters who were with us all along, saving our lives repeatedly. So when I got this opportunity, I jumped at the chance,” he said.

Over the past month, the Red Cross has provided health and mental health services to evacuees during their temporary stay at military installations. A key part of the operation is to ensure people have necessities such as hygiene items, clothing, cribs, diapers and more. The Red Cross is also helping to replace prescription medications, eyeglasses, canes, wheelchairs and other basic items that may have been left behind in the rush to evacuate.

“Evacuees will pass you and share the heart symbol with you to let you know they appreciate you. It has been an amazing thing to welcome Afghan evacuees to the U.S.,” he said.

While delivering care across the base, he’s come to know many at the camp. Recently, an older group of Afghan men stood up together and placed their hands on their chests as he walked by.

“I knew from my experience in Afghanistan that they were showing me their symbol of thanks and respect by placing their hands over their chests. It touched me in a way that I’ll never forget.”

Paul says that his time with the Red Cross at Fort McCoy has been so rewarding, particularly as a veteran. “When I was in Afghanistan there were so many times where I wanted to just take off my gear and go play soccer with the kids but couldn’t. As a veteran, it’s doing my soul a lot of good to give back a little bit, to listen and provide comfort to people who have experienced a lot of trauma.”

Paul says the Red Cross emblem transcends any language and brings everyone at Fort McCoy together. “Just knowing that the work we’re doing and the symbol of the Red Cross carries that much weight and care, it is an honor to wear it,” he said.

“The Red Cross is a symbol of protection and I wear it on my chest proudly. It is such a humbling experience to have a whole movement behind the work we’re doing. I believe that our kindness and our Red Cross mission is what is welcoming home Afghan evacuees,” he concluded.

Learn more here about how the Red Cross and Red Crescent are helping the people of Afghanistan.