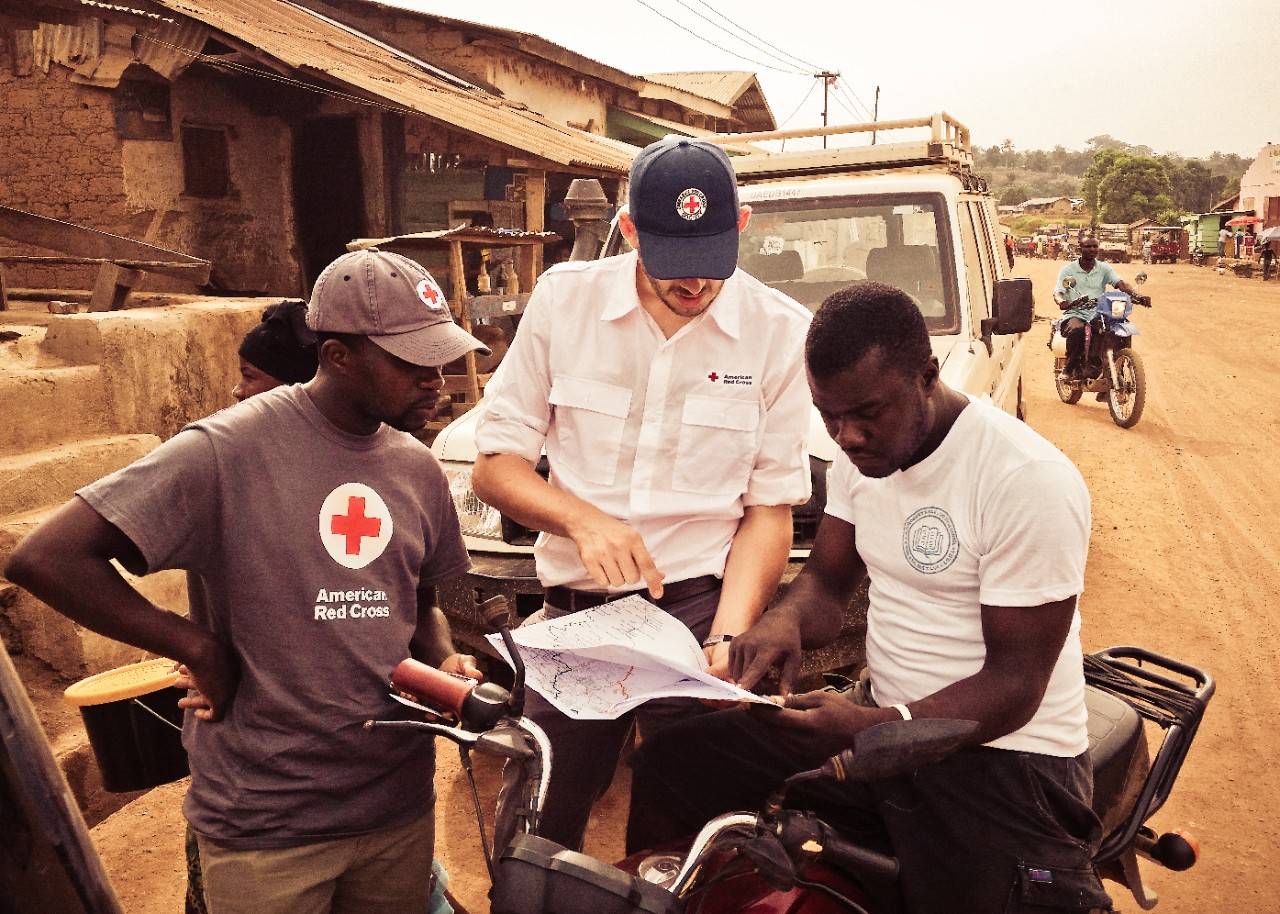 Even though the majority of Americans can see every detail of their neighborhoods online, entire communities around the globe are not represented by detailed maps. The American Red Cross and its partners, including Facebook, are trying to change that.

Through its project, Missing Maps, the Red Cross and other humanitarian organizations are trying to put people—especially those at risk of natural disasters and health emergencies—on the map. Updated maps empower community leaders to make decisions and help humanitarians to more effectively deliver aid, navigate communities, and ensure that they’re providing assistance to the right areas.

Digital humanitarians are jumping in to assist. Over the past two years, more than 16,000 volunteers have helped the Missing Maps team put 20 million people on the map. Using satellite imagery, the volunteers trace roads, buildings, bodies of water, and other characteristics that help fill in the blanks.

It is important work, but can be time-consuming to scan satellite imagery for rural hamlets and villages – looking for signs of life.

But now, thanks to Facebook, the Red Cross hopes to speed up the process. The social media company recently started sharing its population density data with Missing Maps in the hopes of putting an additional 200 million people on the map.

To generate these maps, Facebook applies techniques from computer vision to satellite imagery. In so doing, they create the most detailed population estimates available to date. This effort demonstrates the immense power of artificial intelligence to produce insights for the public good—insights that can meaningfully improve people’s lives. Read more about the technology side on Facebook’s engineering blog.

Partnering with Facebook should enable the Red Cross to more effectively and efficiently map communities at risk of disaster. American Red Cross will use the Facebook data to more quickly identify populated areas that remain unmapped. The data will be used to plan projects in disaster-prone areas such as Haiti, Malawi, and Sri Lanka.

American Red Cross has already used the data to map more than 2,000,000 people in Malawi.

“Billions of people around the world are missing from traditional maps. Facebook’s willingness to share its population density data with the American Red Cross will help us to more quickly identify dense, disaster-prone areas that remain unmapped. Humanitarian efforts benefit from open data and understanding population trends, so we are excited to see how this partnership will help people affected by disasters far into the future,” remarked David Meltzer, Chief International Officer and General Counsel at the American Red Cross.

Knowing where people live is important to planning humanitarian missions, but a simple confirmation of which areas are populated is often not enough to effectively plan missions. One aspect of Facebook’s data that will be utilized is population density. For example, to better plan vaccination campaigns, American Red Cross will investigate how the population density information can inform geospatial models especially for informal urban areas. American Red Cross’s mapping team will pilot these models and data as part of the Missing Maps project in the coming year.

Missing Maps was founded by the American Red Cross, British Red Cross, Doctors Without Borders, and the Humanitarian OpenStreetMap Team. Each year, disasters around the world kill nearly 100,000 and affect or displace 200 million people. Many of the places where these disasters occur are literally 'missing' from any map and first responders lack the information to make valuable decisions regarding relief efforts. Missing Maps is an open, collaborative project in which you can help to map areas where humanitarian organizations are trying to meet the needs of vulnerable people.