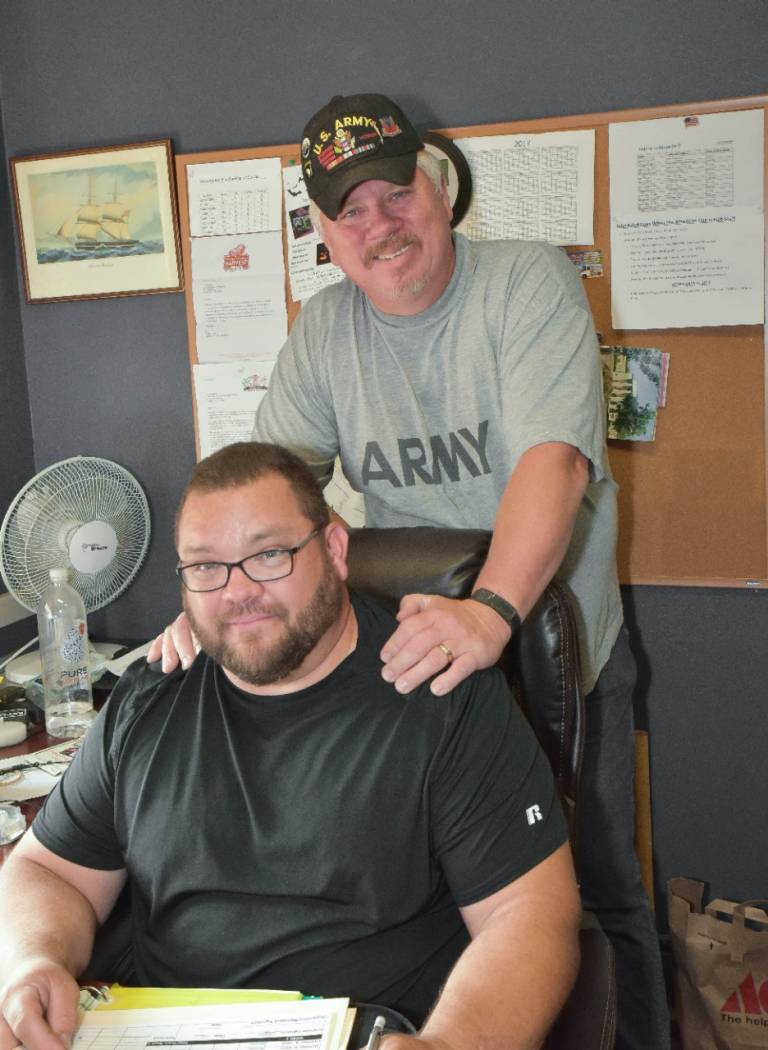 These veterans helped get a shelter ready to receive evacuees in Santa Rosa, California. 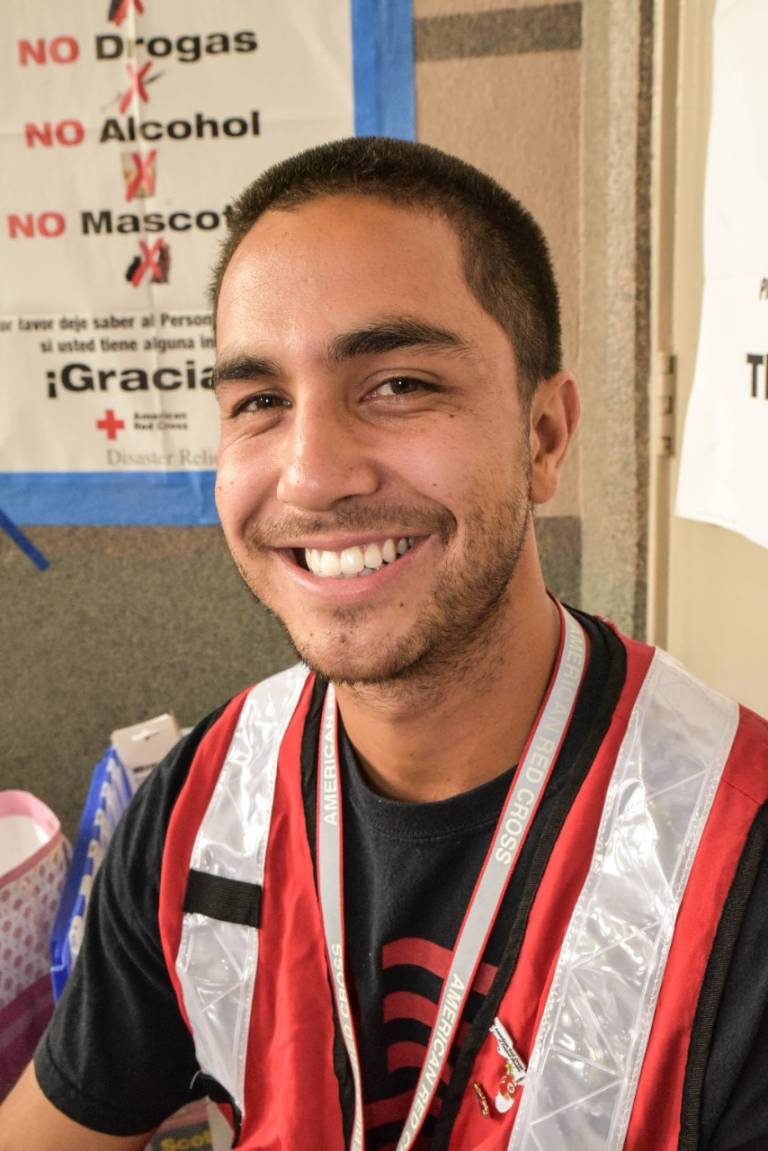 Red Cross volunteer Daniel Ikalani was helping people in Florida affected by Hurricane Irma when a week later he flew home to California to assist wildfire evacuees in his home town. 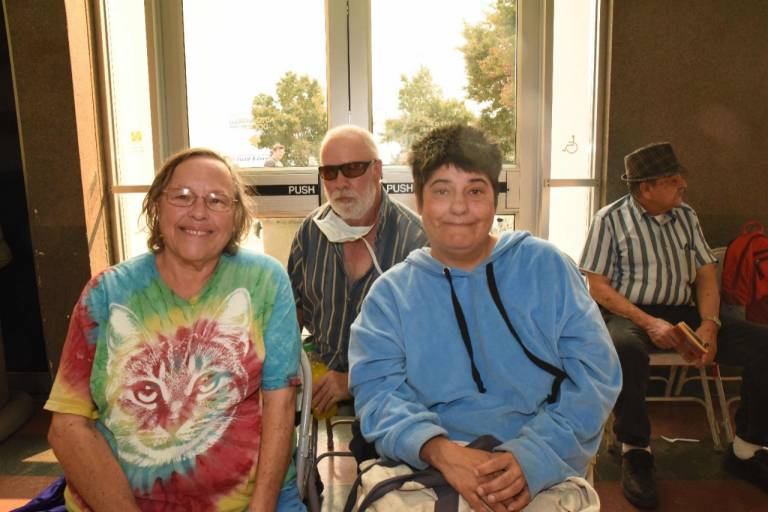 Numerous deadly wildfires are burning in California, threatening residents, homes and businesses, and the American Red Cross is there working alongside partners to provide shelter, food and comfort for people forced to leave their homes with little notice.

Here are some stories about how in minutes, volunteers opened a Red Cross shelter in Santa Rosa, California, to help evacuees, and how such a terrible night brought people together.

The fire broke out in the Napa area around 11:00 p.m. on Sunday, October 8, 2017. A weather phenomenon known as the “Diablo winds” fueled the fire, propelling it into neighborhoods that had never been affected by fire before. Just three hours after the blaze started, the fire had spread to hundreds of acres. Emergency calls went out to residents, telling them they needed to evacuate.

STRANGERS UNTIL THE FIRE HITS Although Stan Carrington, Madelyn DeSalvo and Kathy Buzzini lived in the Del Nido apartment complex in Santa Rosa for years, they never met each other until Monday October 9. At 3:00 in the morning, all three received an automated call saying, “Evacuate now!” When Madelyn stepped outside her home, she could smell the thick smoke in the air and she knew she might have to evacuate. She ran back in her apartment, grabbed her cat and convened with other neighbors from her complex.

Another neighbor that she had never met heard that a shelter was open at the Veterans’ Hall in Santa Rosa. That neighbor drove Stan, Kathy and Madelyn and her cat to the shelter. By the time they arrived there at 4:00 a.m., the doors were open and Red Cross staff and volunteers were ready to begin registering people. Within the hour, coffee was brewing and being offered to everyone. One Red Cross volunteer found a cardboard crate to house Madelyn’s cat. Soon, breakfast was being served.

Madelyn couldn’t get over all they were able to accomplish. “I just don’t know how they did this so quickly. Everyone has been so wonderful here!” When asked if the friendship between the three of them would continue, Stan said, “We are now friends for life.”

VETERANS LEND A HAND One big question - how did the Veterans’ Hall manage to get its doors open and hall ready in just an hour?

The answer would be because of the fast action of the veterans who meet regularly at that particular hall. Starting at 3:00 a.m., they called their members, explained the situation and asked for volunteers to come to the hall and prepare for evacuees to arrive. Six veterans were at the hall in a matter of minutes.

The veterans got the main room ready and cleared out all of their back rooms for patients who might be arriving from nearby hospitals. They got their kitchen ready for use so breakfast could be served. These six men helped get the doors to the Santa Rosa Veterans’ Hall open in such little time. Once those doors were open it was our veterans and the Red Cross working together to provide help to those in need.

FROM HURRICANE TO WILDFIRE When 26 year old Daniel Ikalani saw the devastation caused by Hurricane Harvey, he couldn’t just sit by and do nothing. He heard that the best way to help during times of disaster was to join the Red Cross. Daniel went to the Red Cross website and started the process of joining through the Volunteer Connection program. Daniel spent hours taking classes and soon found himself qualified to be a Red Cross volunteer with the ability to deploy.

On Monday, October 2, 2017, Daniel was deployed to Florida to help with the aftermath of Hurricane Irma. A week later, he heard there were catastrophic fires occurring in his own home town of Rohnert Park, CA. He asked if he could be on the next flight out of Florida so he could help at the shelters in his own neighborhood. He was able to catch a midnight flight out of Florida.

By 8:00 a.m. on October 10, Daniel was already serving others at the Red Cross shelter set up at the Veterans’ Hall in Santa Rosa. When asked if he felt tired he said, “No, I’m just glad to be here. I’m glad I made the decision to join the Red Cross.”

HOW TO FIND A SHELTER If you need the location of a shelter or other help, you should follow your local media or go to redcross.org and check the shelter map. People can also find a shelter by downloading the free Red Cross Emergency App. The Emergency App also puts wildfire safety tips at your fingertips. The app is available in app stores by searching for the American Red Cross or going to redcross.org/apps.

Anyone who plans to stay in a Red Cross shelter should bring prescription medications, extra clothing, pillows, blankets, hygiene supplies, other comfort items and important documents. Don’t forget to bring any special items for children, such as diapers, formula and toys, or for family members who have unique needs.

HOW YOU CAN HELP Entire communities and families have been left reeling from deadly, out-of-control wildfires. Help people affected by the California wildfires by visiting redcross.org, calling 1- 800-RED CROSS or texting the word CAWILDFIRES to 90999 to make a $10 donation.

Donations enable the Red Cross to prepare for, respond to and help people recover from this disaster. The Red Cross honors donor intent. Donors can designate their donation to relief efforts for the California wildfires by choosing that option when donating.