Former Refugee Helps Migrants on Their Journey Through Europe

Former Refugee Helps Migrants on Their Journey Through Europe 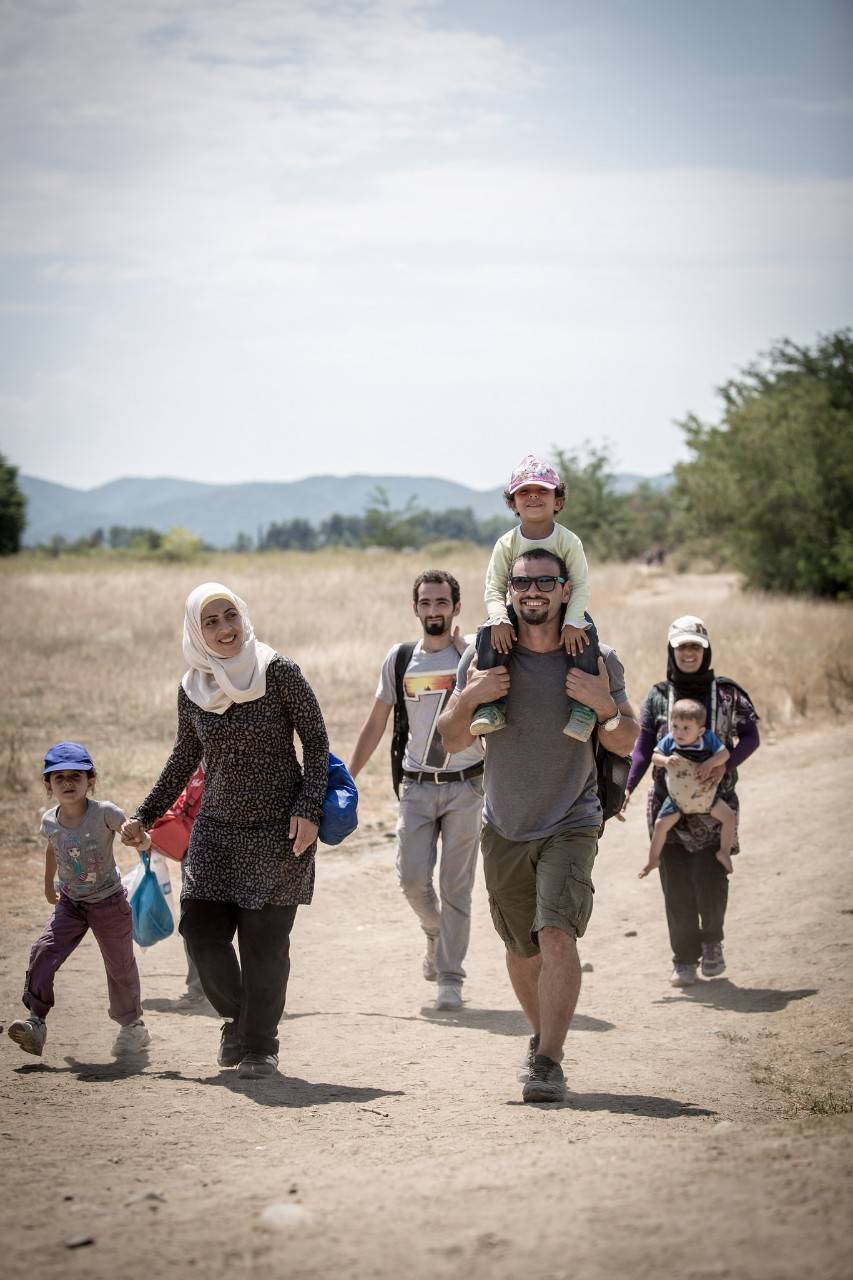 “I know why these people are fleeing. They want a safe place to stay. When we fled our country, I was terrified. I remember people crying and the awful sound of war, even though my mom tried to cover our ears.”

Milica Duka was four years old when she and her family fled from Mostar to Serbia during the Balkan War. Now, she is a volunteer with the Red Cross of Serbia, supporting people going through what she once did, at the very train station in Belgrade where she arrived with her family. “This station is my first memory. Never before had I seen such a big city. Everything was confusing, but my mother was smiling and told us everything was going to be okay.”

Milica’s story is not unusual. Many of the volunteers at Red Cross of Serbia were once refugees themselves, now eager to support families on the move. They are distributing up to 500 food parcels a day for the hundreds of vulnerable migrants traveling through Serbia towards Croatia.

In countries across the Middle East and Europe, Red Cross Red Crescent teams are distributing relief supplies and medical care to people in need. This ranges from hot food in Hungary and sleeping bags in Greece to shelter and first aid in Germany. As one of the largest humanitarian networks, volunteers are teaming up to meet migrants where they are—in countries of origin, transit and arrival.

These are essential supplies, but Milica knows the support needed by these families goes beyond relief goods. “For me, the Red Cross means good people,” she says. “Smiles, hugs and help. When I was a child, the volunteers were playing with us. They gave us something human, not only food parcels.”

While speaking, an Afghan family approaches Milica, asking for help. Afsar*—who is traveling with his wife and three daughters—is grateful for the assistance. “Food and water are essentials for our children, and we want to thank the Red Cross,” he says. Still, the uncertainty of life on the road worries him. “We don't know where to go. Probably Germany, but we are not sure. We don't know who will accept us. Now we will continue to Croatia and then we will see.”

Milica plays with Afsar’s daughters. She tries to explain to them that she knows what they are going through, although she recognizes the different challenges they face, saying, “At least my trip ended here. We knew we could stay. These people are desperate because they don't have a clear idea on what they will face next, passing through border after border.”

Many families like Asfar’s have been in search of safety for years. Fleeing war, conflict, or persecution they have risked everything to find peace for their children. Over the past four years, the American Red Cross has spent and committed more than $2.5 million on relief efforts in Syria and its neighboring countries affected by conflict such as Iraq, Turkey, Lebanon and Jordan. As the migration crisis in Europe continues, the American Red Cross is providing information management and mapping support to the global operation to ensure that Red Cross and Red Crescent chapters are not responding independently of each other, but rather, have greater situational awareness of the broader crisis. This allows for informed decision-making at a global level and is essential for an emergency of this scale, which can overwhelm local Red Cross and Red Crescent branches. The American Red Cross also provided 10,000 cots to help families in Germany.

Back in Serbia, Asfar and his family’s future is uncertain. His three girls run around Milica, happy to play and smile. Maybe when they grow up, their memories will be similar to Milica’s. The sound of war, the trip, the Belgrade station, and the human touch from a caring Red Cross volunteer.

For more information about the Red Cross’s work with migrants and refugees along the Mediterranean and Western Balkans migratory route—or find out how to look for missing family members—visit redcross.org/migrationcrisis.

*Names have been changed.