How to Avoid Catching the Measles

How to Avoid Catching the Measles 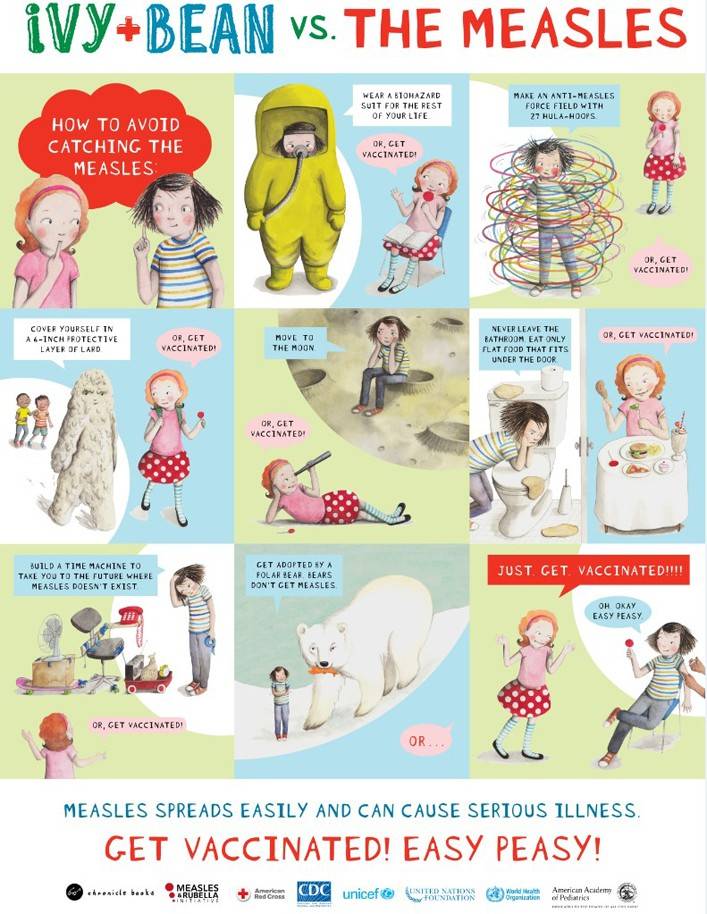 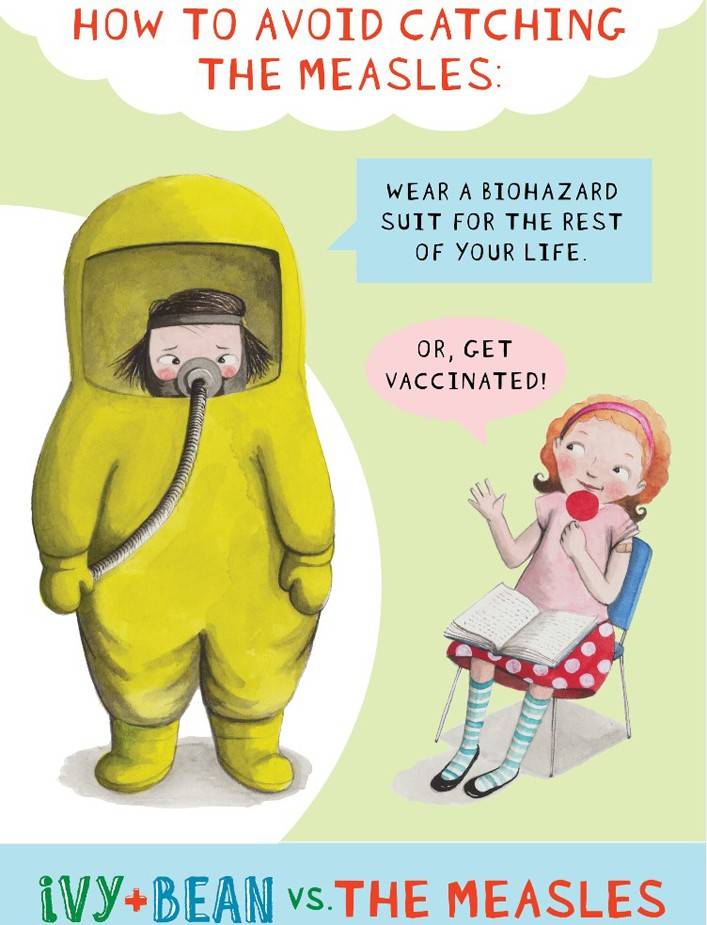 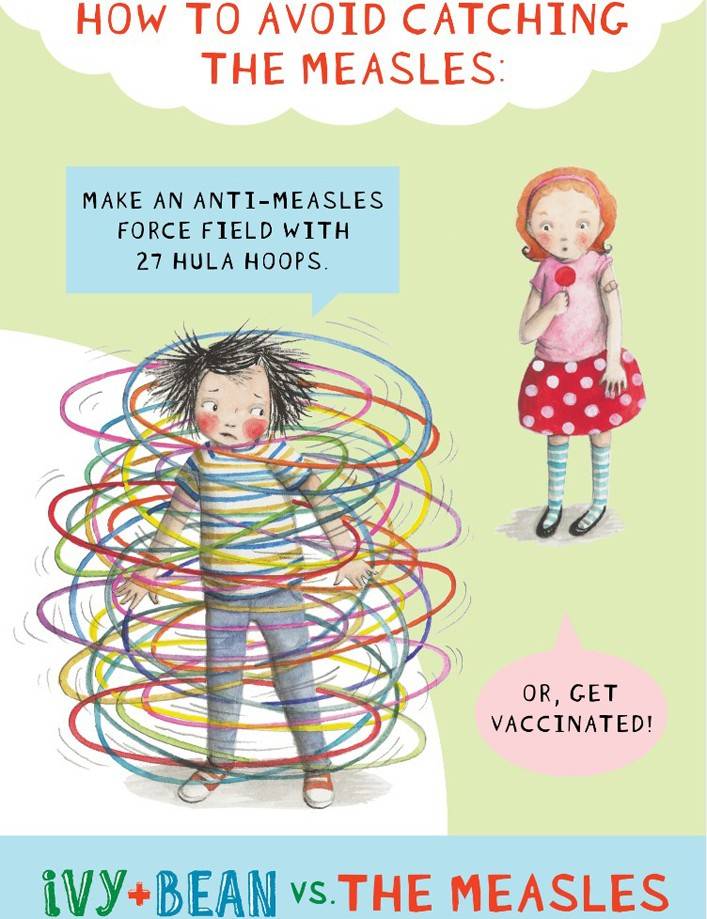 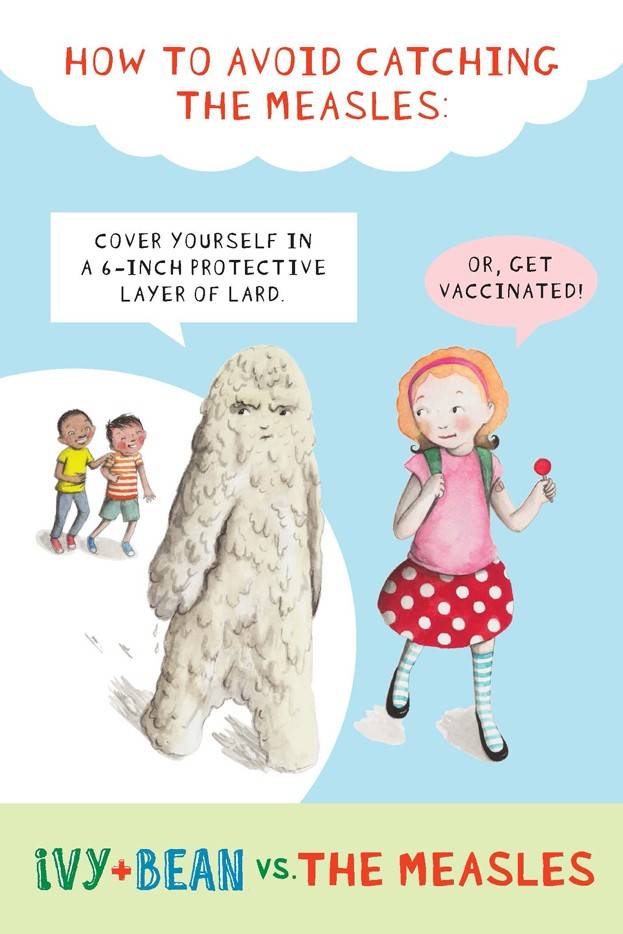 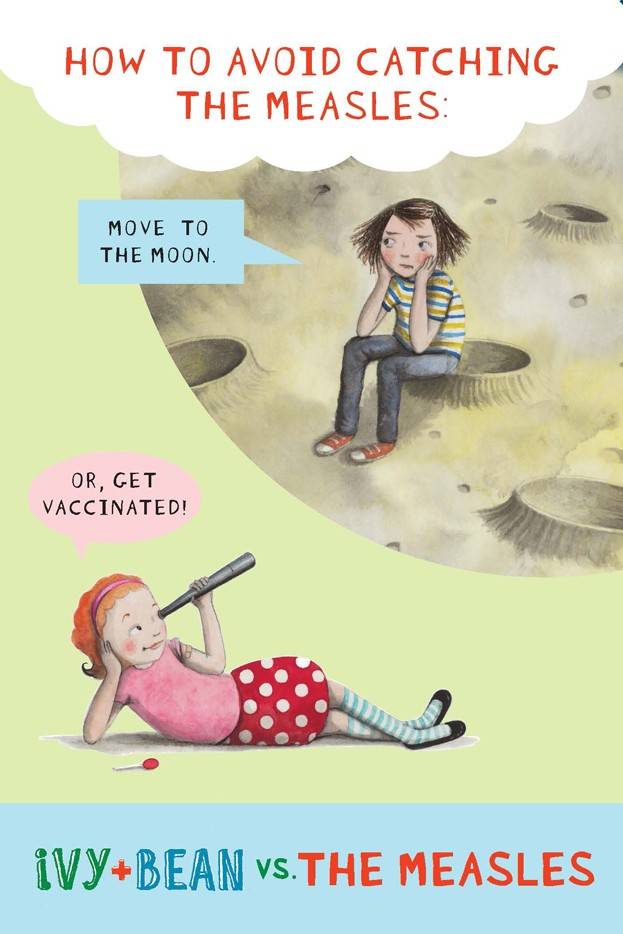 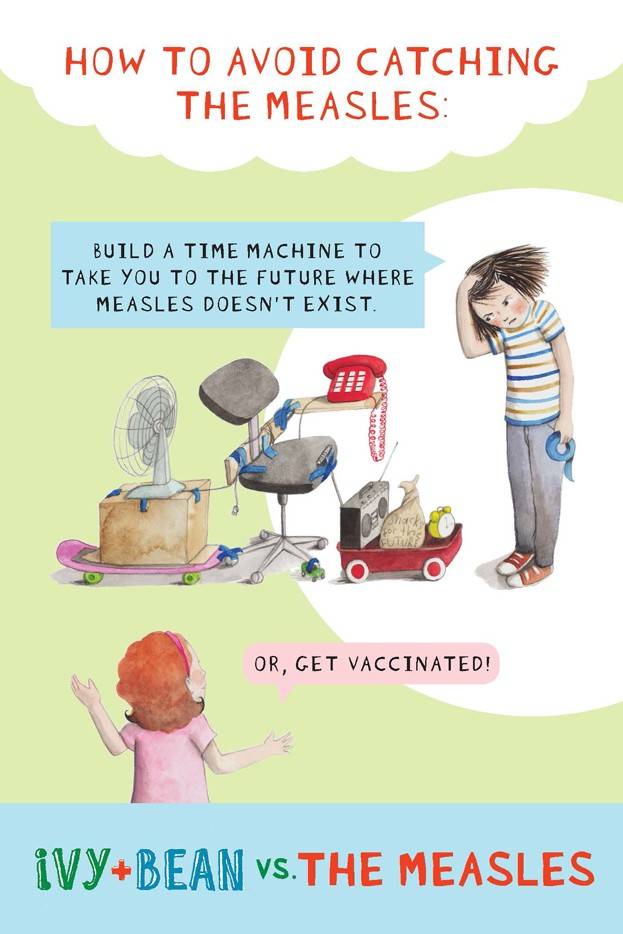 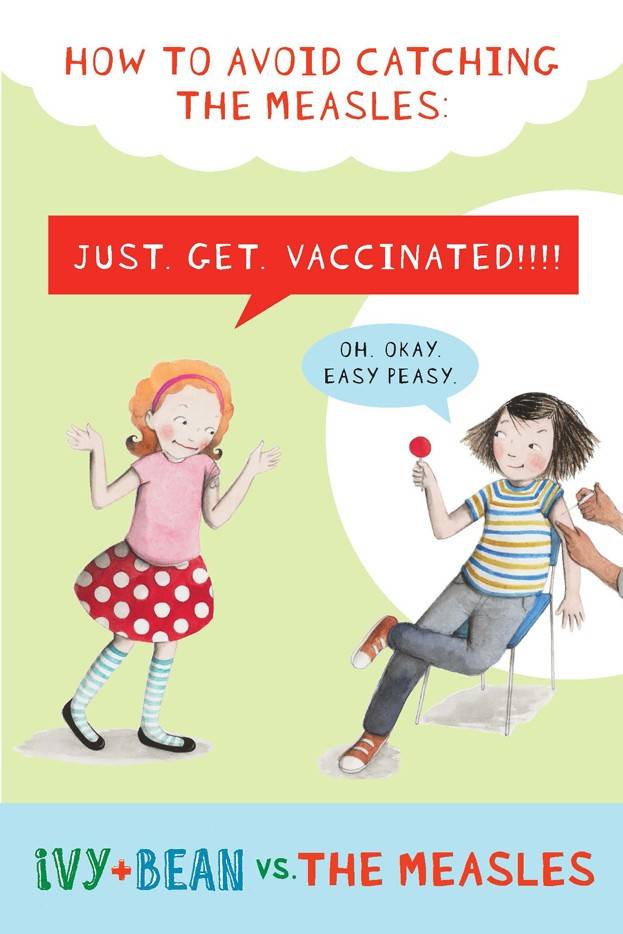 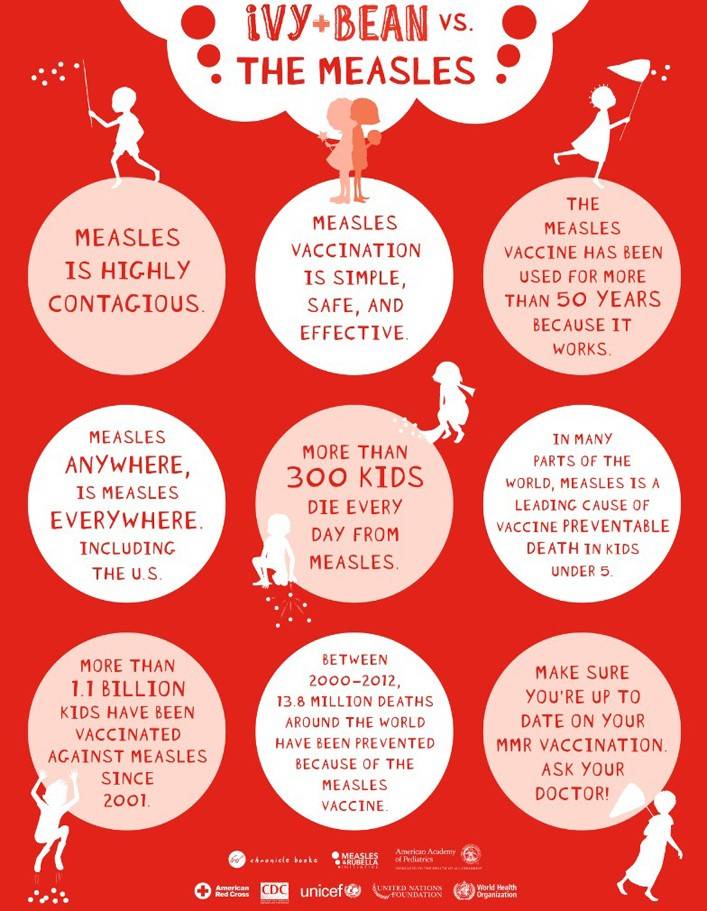 If you want to avoid getting the measles, children’s book characters Ivy and Bean have some advice for you.

You could wear a biohazard suit for the rest of your life.

Or move to the moon.

Or build a time machine to the future where measles no longer exists.

Or, you could just get vaccinated.

As the measles outbreak that originated in California has now spread to 14 other states and Mexico, the American Red Cross, along with its Measles & Rubella Initiative (M&RI) partners, continues to focus on eliminating measles across the globe by promoting the simple fact – VACCINES WORK.

Before the measles vaccine was created in 1963, hundreds died yearly in the U.S. alone. While there have been great advancements since then, approximately 400 people still die from measles-related complications every day around the world. This number is even more tragic when considering the mere $1 vaccination costs.

This past fall, the M&RI teamed up with the American Academy of Pediatrics (AAP) to launch “Ivy + Bean versus The Measles” featuring the immensely popular characters from the Ivy + Bean children’s book series. The campaign promotes measles immunization as a simple, safe and effective measure.

Since 2001, the Initiative has supported 88 countries to deliver more than 1.8 billion doses of the measles vaccine, helped to raise measles vaccination coverage to 84% globally, and reduced measles deaths by 71%. 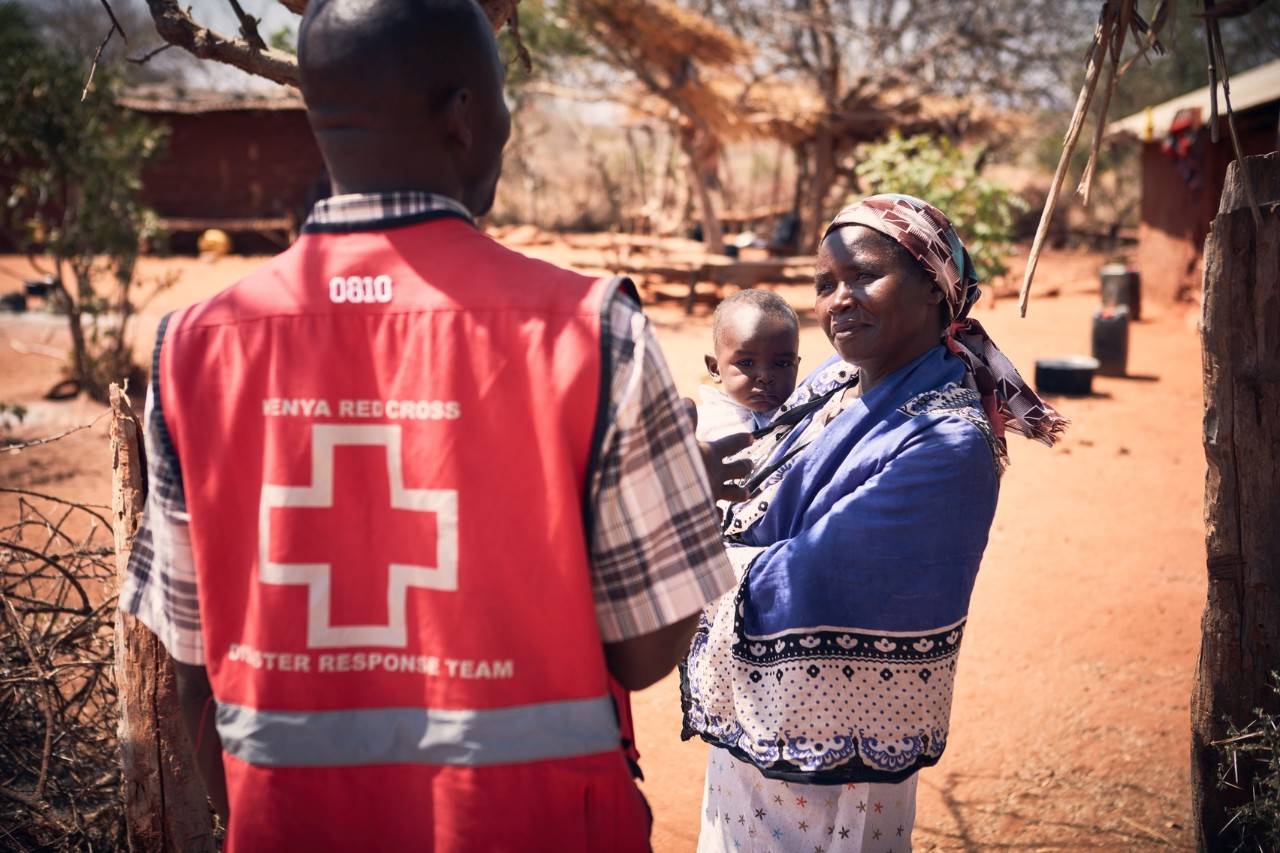 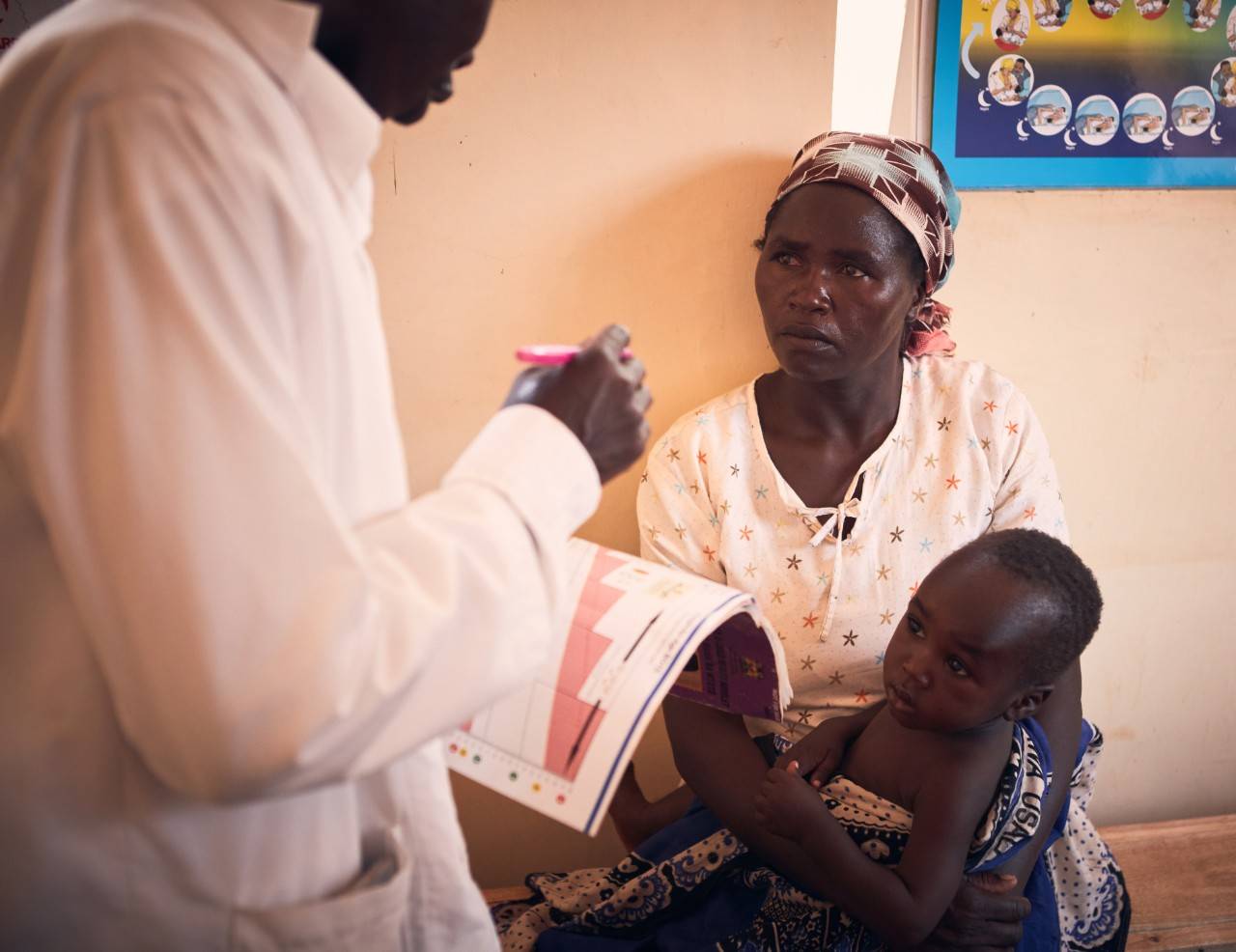 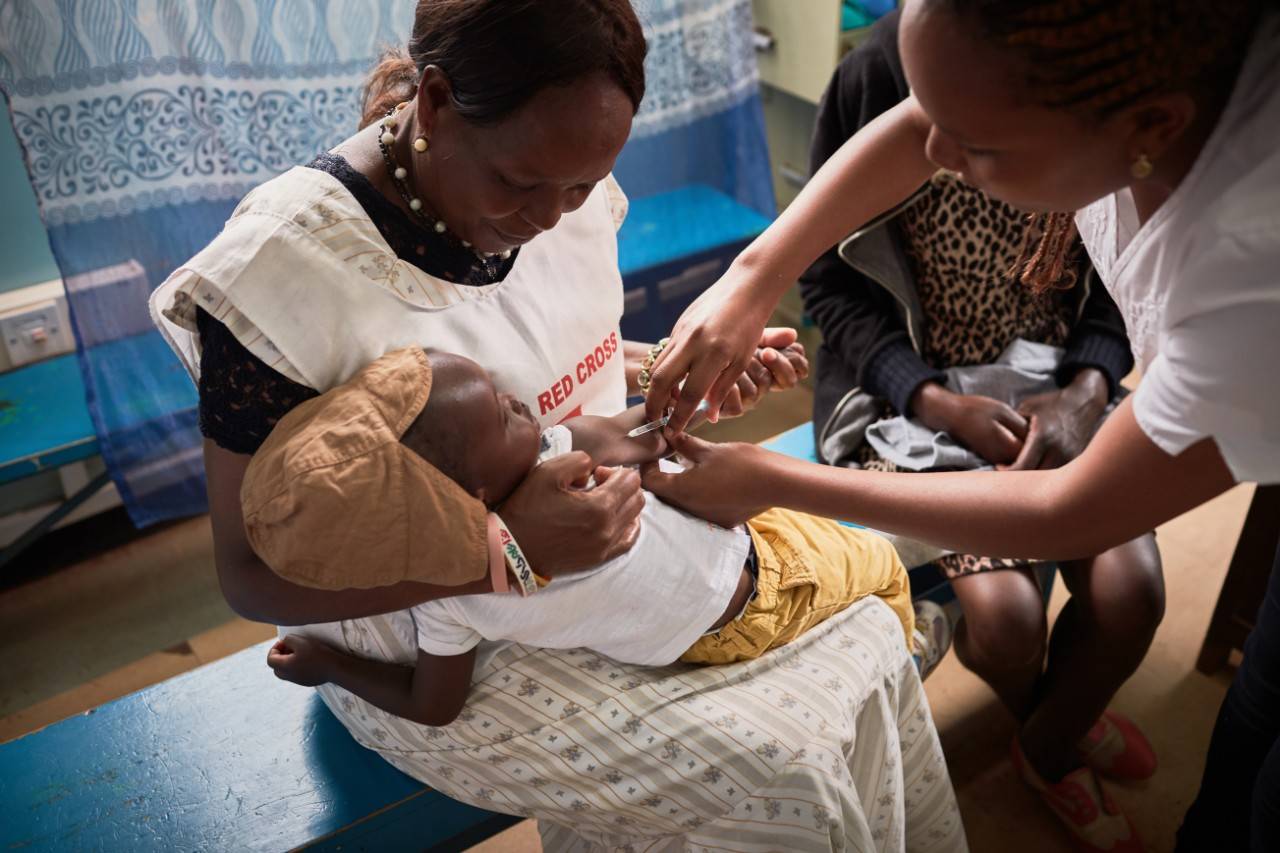 Measles Continues to Spread – What You Need to Know
.type=article.p=1.t=redcross%3ALine-of-Service%7CInternational%7CMeasles-Rubella-Initiative
Donate Now