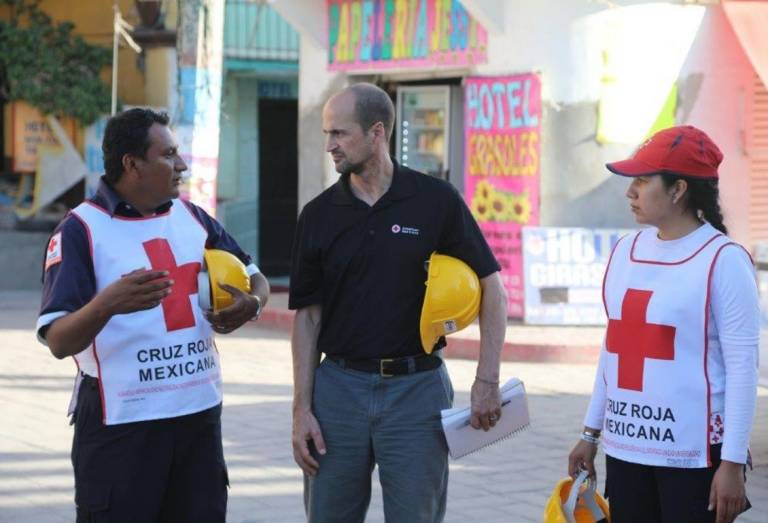 Paul Rebman has deployed to disaster zones around the world. He recently traveled to Mexico on behalf of the Red Cross, to make a plan for how to spend generous donations in the aftermath of two earthquakes. 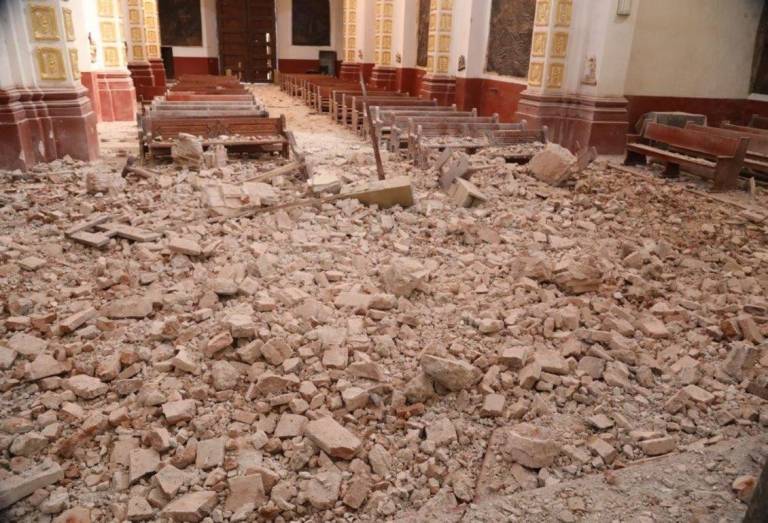 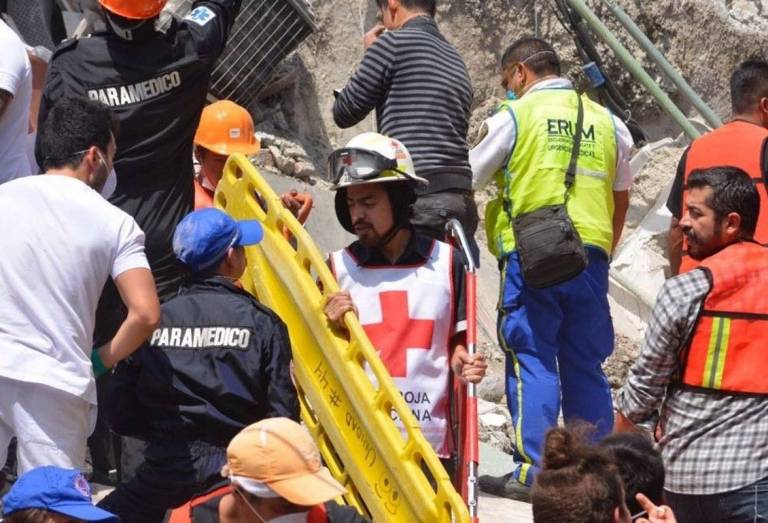 Mexican Red Cross teams helped with search and rescue, first aid, and transporting the injured to hospitals in the aftermath of two massive earthquakes in September. Photo: IFRC. 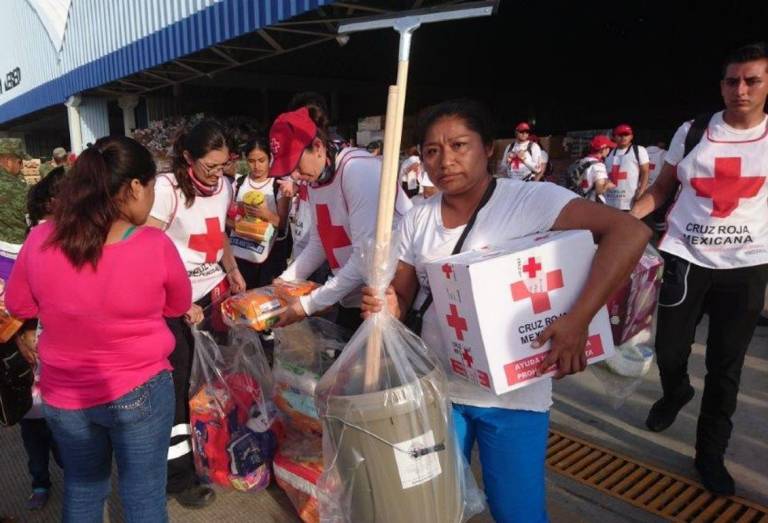 The Red Cross has distributed hygiene items, clean-up kits, food, water, and shelter materials to families impacted by the earthquakes. 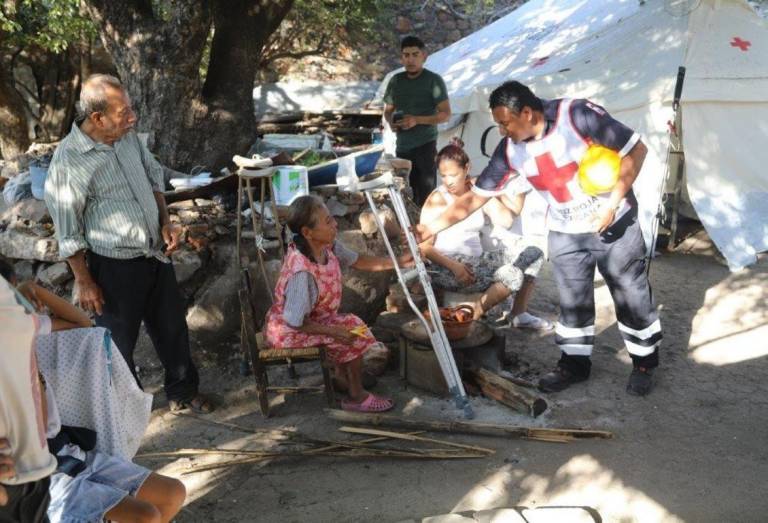 Families tell the Red Cross about their specific losses, so teams can tailor aid to meet their needs. 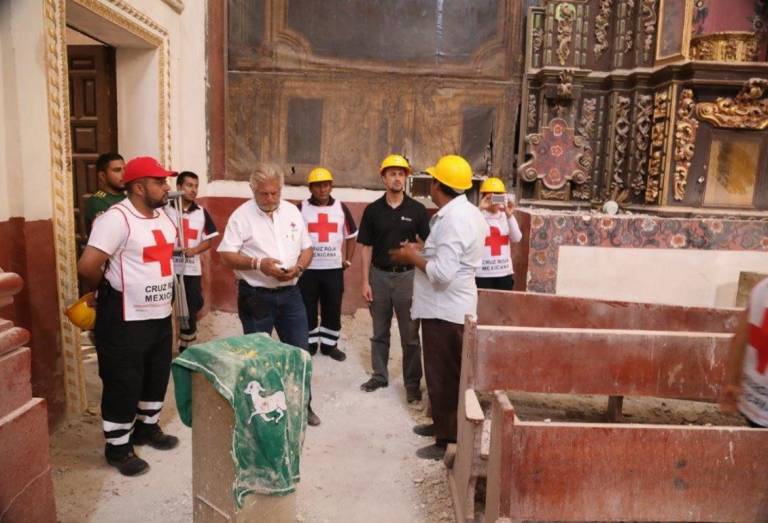 Paul Rebman traveled to 12 communities in Puebla, Oaxaca, and Morelos alongside the Mexican Red Cross, to understand the damage and the remaining needs.

Communities in Mexico are still grappling with the impact of two powerful earthquakes that struck just weeks apart in September. The quakes—a magnitude 8.2 in the southern state of Chiapas and a magnitude 7.1 that occurred 100 miles outside Mexico City—caused widespread damage, deaths and injuries.

In the crises’ immediate aftermath, Mexican Red Cross teams mobilized for search and rescue efforts—helping to locate and care for survivors trapped under the rubble. Working around the clock, highly-skilled volunteers provided first aid on the scene, transported the injured to hospitals, and evacuated people from damaged buildings.

On top of financial assistance, the American Red Cross deployed a disaster specialist, Paul Rebman, to Mexico in the quakes’ aftermath. Below, Paul answers a few questions about his time there:

Can you tell us about your role in Mexico?

Paul: People and corporations in the United States donated generously to help families impacted by these earthquakes. I deployed to Mexico to help make decisions about how to effectively allocate the financial gifts we received. I traveled to 12 communities in Puebla, Oaxaca, and Morelos alongside the Mexican Red Cross, to best understand the needs.

What did you see when you arrived in these communities?

These earthquakes had a huge impact: More than 40,000 houses were damaged or destroyed in Mexico and even some factories collapsed. But when I entered neighborhoods, what I really noticed was how active families were. In every community, I saw people clearing debris and rubble, plastering walls, repainting, and trying to repair their houses. People in Mexico need help to rebuild, but they’re putting in serious sweat equity themselves, too.

What is the Red Cross doing to help those people?

Red Cross teams are distributing aid that’s tailored to communities’ specific needs. So in addition to basics—like cots, kitchen kits, food, and hygiene items—teams are giving people in mountainous areas winter jackets and boots as the cold settles in. And in Chiapas—where bicycles are the primary form of transportation—the Red Cross distributed bicycles to help people cope with their losses. American Red Cross has helped fund the distribution of relief supplies, including the transportation of goods to hard-to-reach communities.

You traveled mostly by car. What was that like?

I was struck by the country’s natural landscape, including the mountains and active volcanoes. It was beautiful, but was a reminder of the challenges in reaching all those hit by the earthquakes.

Many of the communities affected by the earthquakes are really remote and mountainous, so traveling there demonstrated to me the logistical challenges we faced. As we got further from the main highway, there were a lot of damaged roads and evidence of landslides. This damage means that shops are unable to stock their shelves because of the broken supply chain.

They are. But because of the Mexican Red Cross’s unbelievable volunteer network, teams are able to get there. I’m sure no other organization has been able to help some of these remote communities post-quake. The fact that someone even showed up to listen—and then to provide families with relief items like tarps, blankets, kits, cots—meant that residents felt seen. They felt visible. That’s not always the case in such remote places.

Did you meet anyone whose story stuck with you?

One Mexican Red Cross volunteer led me through her town all day—to help me speak to people whose homes were damaged. It was clear that she was well-known in the community: people kept giving her big hugs and expressing gratitude to her. At end of day, she pointed out her house, which had completely collapsed during one of the quakes. Instead of worrying about herself, she had been helping her neighbors, every single day, on behalf of the Red Cross. She’s one of 7,000+ Mexican Red Cross volunteers involved in the response effort.

Everyone was grateful for Red Cross assistance—especially the food rations and shelter materials (like tarps and cots). But while they’re grateful, they’re also wondering about what the next step is. Many people lost their jobs when the sugar factories collapsed and the supply chain was interrupted. Others are trying to figure out how they’ll rebuild their homes or replace the household or business items they lost. American Red Cross funding is helping—including the purchase of 20,000 cots and 10,000 kitchen kits—and is still planning with the Mexican Red Cross to support the next steps. There’s always more to be done.

How did people at home react when you told them you were deploying to Mexico?

The earthquakes struck at a very busy time in the United States: just as Americans were reeling from Hurricanes Harvey, Irma, and Maria—so this disaster was really off people’s radar. More than 400 people died and over 7,000 injured in Mexico, but there was general unawareness of the disaster when I told people I was deploying.

What’s the best thing you packed for your trip?

A Red Cross hat and some comfortable shoes. We did a lot of walking in the sun!

Anything else you want Americans to know about the Mexican earthquakes?

Families need help, but it’s important to recognize that people are responding themselves, too. They’re taking it upon themselves to start rebuilding and getting lives in order. There’s a lot of work to be done, but there’s also optimism for the future.