Music, Dancing and Mobilizing for Health

Music, Dancing and Mobilizing for Health 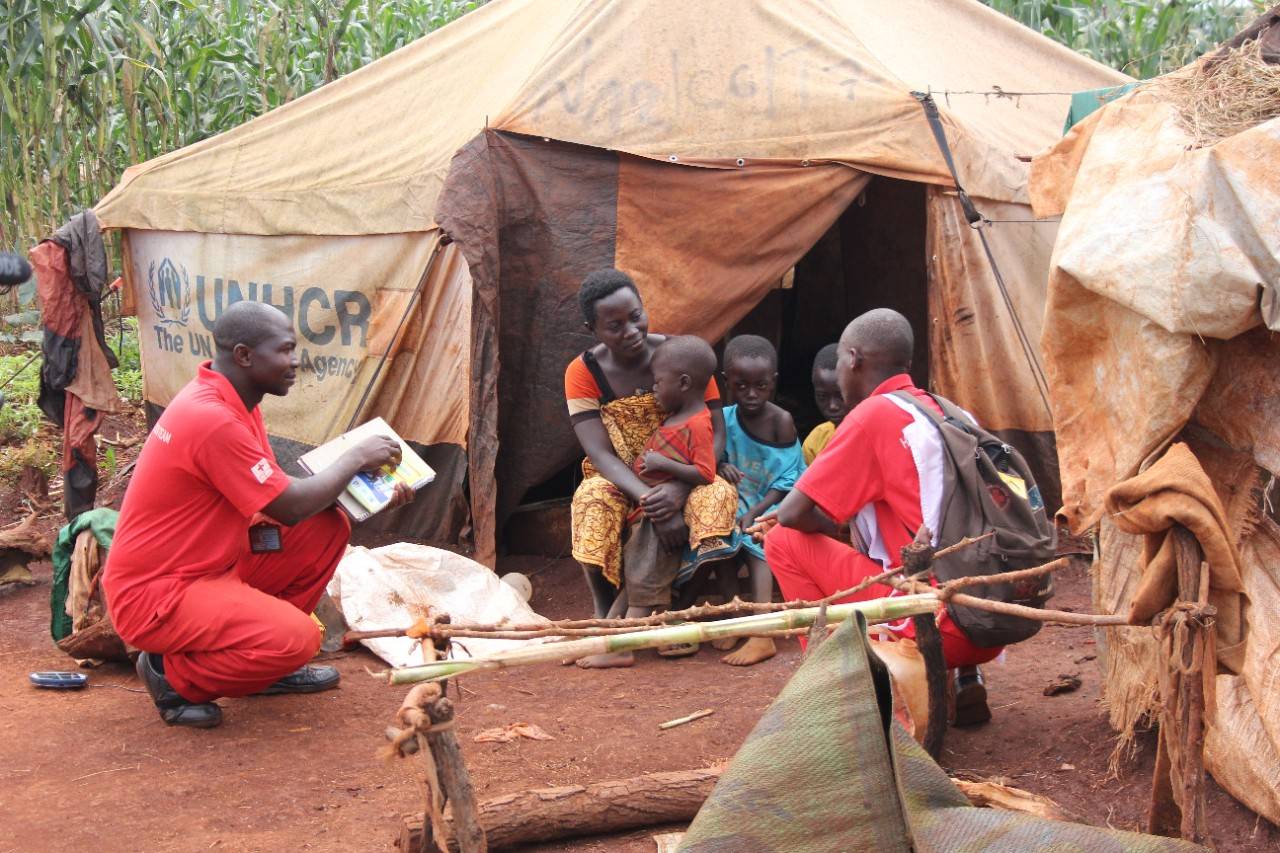 A crowd is quickly growing in the Nyarugusu refugee camp in western Tanzania. Kids stand tiptoe on benches to sneak a better look. Adults push forward, craning their necks in curiosity. At first glance, it looks like a concert of sorts; drums and electric guitars filling the hot, oppressive air, people swaying in response. But in actuality it is the Tanzania Red Cross Society’s Health Information Team (HIT), a group of nearly 170 Burundian refugees who use music, dance, and door-to-door social mobilization to share critical health information. Today, they are using their talents to spread the word on malaria prevention, a disease that upwards of 60 percent of patients seeking health services are diagnosed with.

Mama Winnie Rwehumbiza, 59, heads up the group. She has been working in refugee camps for the better part of the last two decades. Ever since violence spawned an influx of Burundian refugees in April 2015, the camp’s resources have been pushed to the limit. What was built with a capacity of 50,000 now holds triple that amount. Keeping such a population healthy, especially in this malaria-prone part of the world, is a full time job. Mama Winnie works diligently to train the refugee volunteers on a range of subjects: malaria and cholera prevention, hygiene promotion, the availability of health care services to pregnant mothers. Three national supervisors, all members of the Tanzania Red Cross Society, support her, working Monday through Friday in a tireless effort to get the word out.

Englibert Anderson, 28, one of those three supervisors, has been in Tanzania for approximately six months. A circle of HIT dancers has surrounded volunteers showing how to properly use a mosquito net. Englibert joins them, the catchy beat getting the best of him.

Upwards of 300 people will gather at each of these demonstrations, lured in by the music, staying for the message. There is a period of questions and answers following the performance. How do I get a mosquito net if I do not have one? How do I know if I need to come into the clinic?

When the music has died down, the HIT volunteers still have a job to do. To further emphasize the message, and to reach refugees not in attendance, volunteers go door-to-door, talking about health issues and services.

Ntwengeye Fabien, 35, and Nduwayo Elie, 32, make their way through the camp. As native Burundian speakers and refugees themselves, they are immediately greeted with trust. Kabura Dorotea, 30, is sitting outside her tent with 3 of her 5 children. They chat with her about malaria, describing the symptoms and what to do if she suspects someone in her family has it. She thanks them for their visit, telling them she is happy they stopped by with such good information. They shake hands and part ways. Ntwengeye and Nduwayo head to the adjoining tent. There is much more work still to be done.

The International Federation of Red Cross and Red Crescent Societies (IFRC) has launched an Emergency Appeal of 5,245,197 Swiss francs to support the Tanzania Red Cross Society as it responds to this unfolding crisis. The Appeal aims to assist 250,000 refugees in the Nyarugusu and Mtendeli camps through the provision of basic health care, water, sanitation and hygiene promotion, shelter, disaster preparedness and risk reduction and capacity building. The Appeal is currently 48 per cent funded.