Nepal: A bountiful harvest as water returns to fields

Nepal: A bountiful harvest as water returns to fields 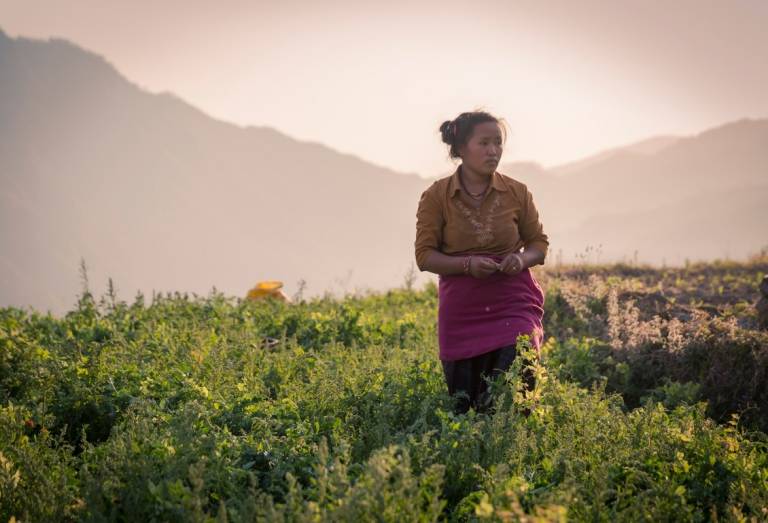 Dil Maya Tamang stands in the stepped field of Kaule, Nepal – land that her family has been farming for at least three generations. The 2015 earthquake impacted water flow, but the Red Cross helped restore irrigation so farmers can continue to grow. 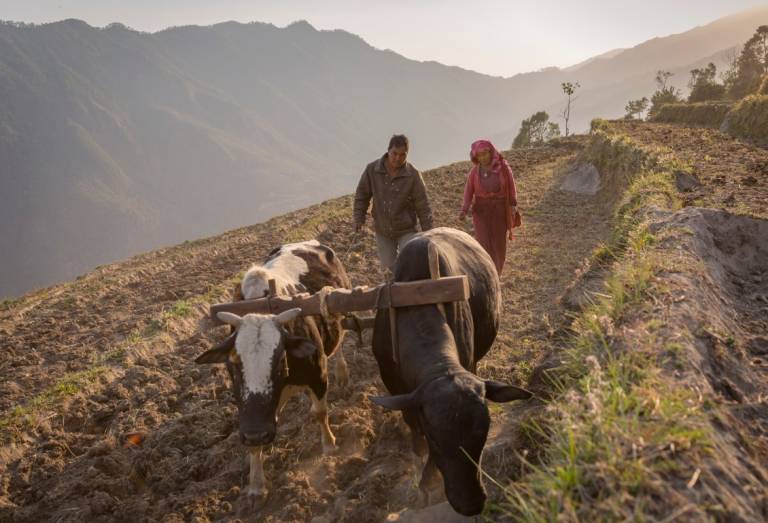 Luk Maya and Surendra plow a plot of land in the terraced fields of Kaule, Nepal. The Red Cross helped the siblings and their community during the emergency (with aid such as warm clothes, cash and kitchen items) and has funded an irrigation system so water can flow into their fields. “The mustard greens are a bit taller this year,” noted Luk Maya, a Buddhist nun. 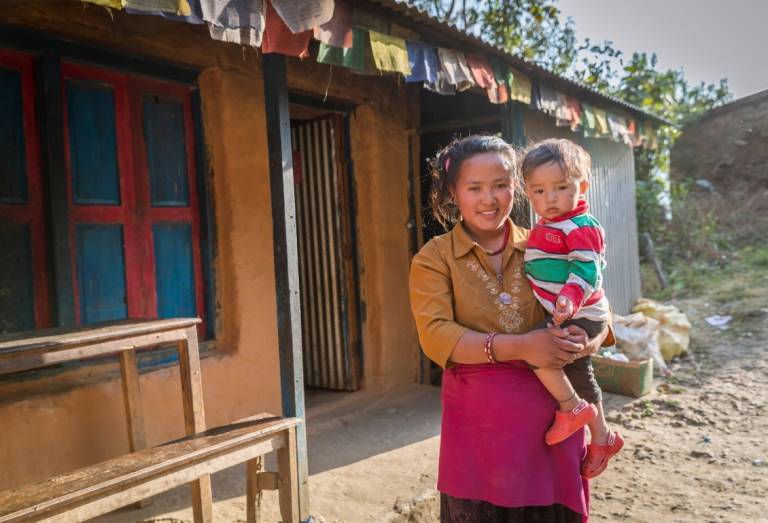 Dil Maya and her son, Sonam (15 months old), stand outside of their home in Kaule, Nepal. Their family sustains themselves through the food they grow and sell at market. 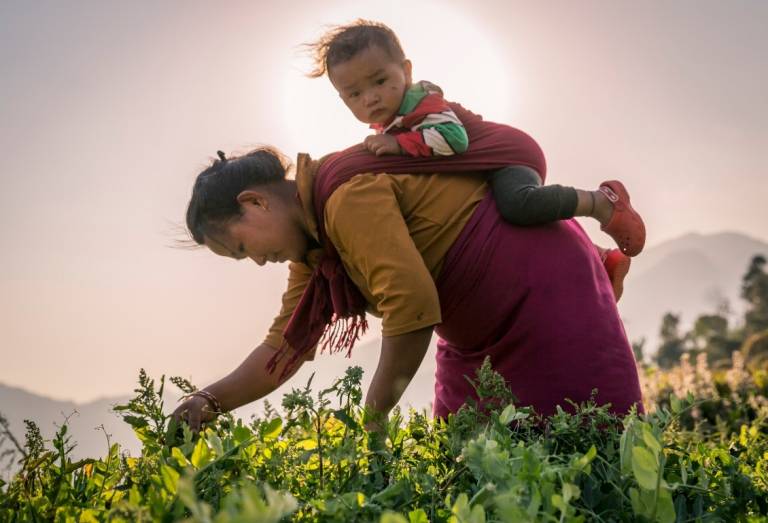 Dil Maya carries her son, Sonam, on her back while she picks peas in the stepped fields of Kaule, Nepal. He loves peeling and eating the peas as his mom continues to fill her harvest basket. The 2015 earthquake impacted water flow to their land, but the Red Cross helped install a new irrigation system.

Dil Maya Tamang knows a ripe pea pod when she sees one. This week alone, she’s picked 90 kilos of peas in the terraced fields near her house. And each time, her son comes along on her back. At fifteen months old, he’s a livewire.

Dil Maya’s family has been working this land for at least three generations. Water has always been scarce come springtime, but the 2015 earthquake made it worse. Because the shifting land and inconsistent water, Dil Maya and her neighbors had a difficult time cultivating enough crops to sustain their livelihoods. Most residents lost their crops for the year after the quake, which was devastating.

This spring, Dil Maya and other families have irrigation back in the fields, thanks to the Red Cross. As part of a project to restore food security and people’s income, the Red Cross trained residents on how to construct an irrigation system and supplied the materials to bring it to fruition. As an added benefit, community members now know how to build safe, strong irrigation systems in case they ever want to expand the network in the future.

The increased water flow has enabled farmers to grow basic food (like corn and potatoes) for their families and more profitable crops (like peas) to sell at the market. Seemingly small gains can make a huge difference in the lives of people who depend on irrigation for their livelihoods. “The mustard greens are a bit taller this year,” noted Luk Maya, a Buddhist nun and nearby farmer.

For Dil Maya, irrigation is one of several ways her family has benefited from Red Cross help since the earthquake. She also recalled the warm clothes and blankets the Red Cross distributed to keep her newborn son warm the winter after the quake. And she’s thankful for the kitchen items and cash transfer her family received, which allowed her to prioritize her needs and purchase supplies she needed most.