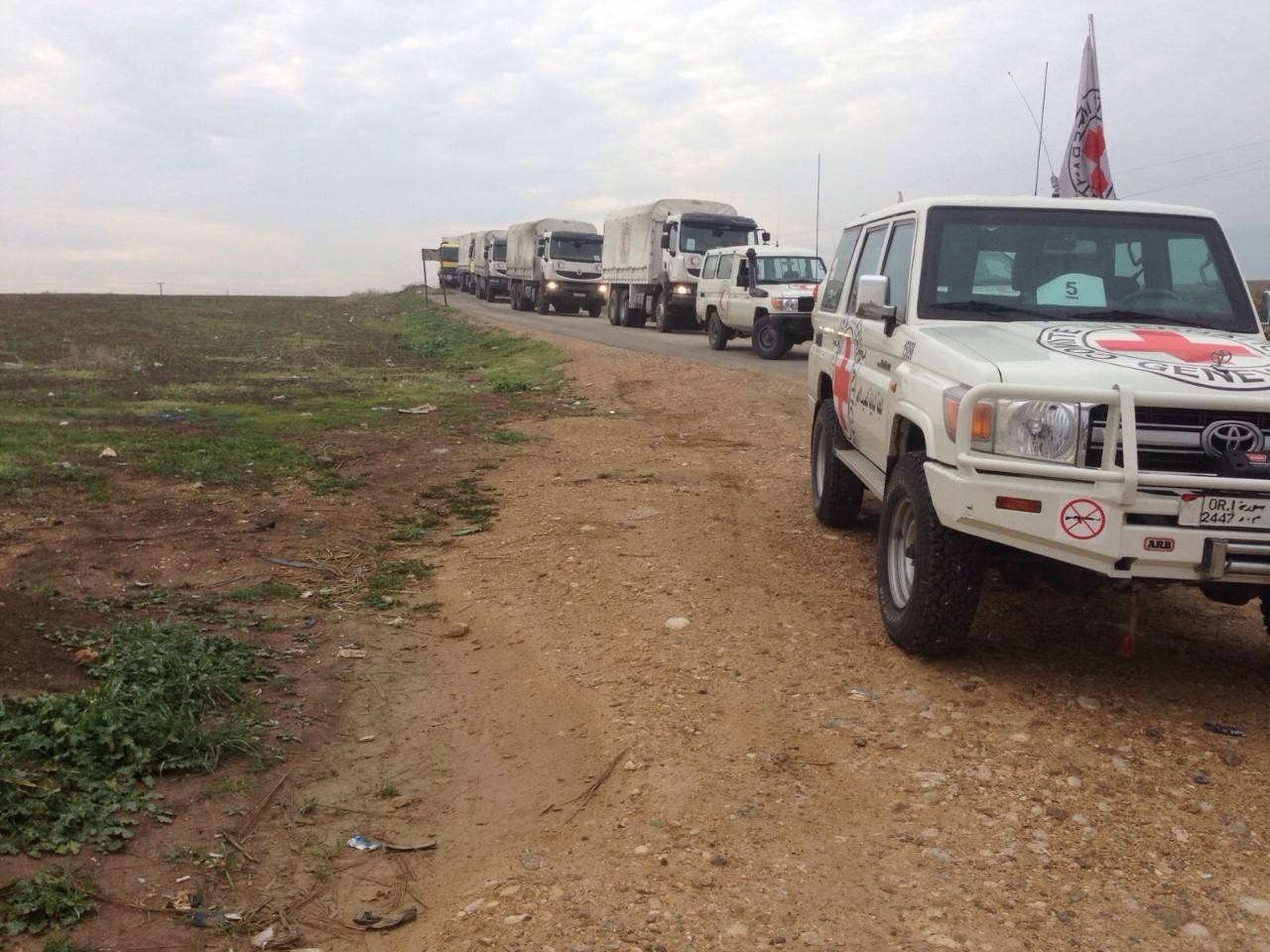 The International Committee of the Red Cross (ICRC), working alongside the Syrian Arab Red Crescent and the United Nations, has begun to deliver vital aid to three besieged areas in Syria. Convoys delivered food, medical items and supplies, blankets, baby milk and other essential health care items to tens of thousands of people in Madaya, Kefraya and Foua.

The populations in all three areas were found to be living in appalling conditions. Head of ICRC delegation in Syria, Marianne Gasser, said action needs to be taken now to help the more than 400,000 Syrians currently living in blockaded areas across the country.

“The scenes we witnessed in Madaya were truly heartbreaking,” Gasser said. “People are desperate. Food is in extremely short supply. It is the elderly, women and children who are suffering the most, especially from severe malnourishment. The conditions are some of the worst that I have witnessed in my five years in the country. This cannot go on."

Across Syria, around 4.5 million people living in hard-to-reach areas continue with limited access to basic life-saving assistance and protection. Almost 400,000 of them live in areas with little or no access to basic supplies or assistance. There has been growing international concern about the suffering of thousands of people in these areas. The ICRC will concentrate on delivering medical assistance.

ICRC has called for the end of all sieges, saying that, there needs to be unconditional, rapid and regular access given for humanitarian convoys to all areas in Syria. Many people need urgent medical treatment and the lack of food has made the situation even worse.

There are believed to be around 40,000 people in Madaya and around 20,000 people in Foua and Kefraya. The operation has been brokered by the UN with the agreement of the different parties on the ground.

"The suffering is intense. Aid agencies must be given safe and unimpeded access to all these people to provide them with the aid they need, especially now in the midst of winter," said Gasser.

The ICRC has 350 staff working in different areas of Syria. They help provide food, water, medicine, shelter and other essential items. It is the ICRC's biggest operation in the world today.

Over the past four years, the American Red Cross has spent and committed more than $2.5 million on relief efforts in Syria and its neighboring countries affected by conflict such as Iraq, Turkey, Lebanon and Jordan. As the crisis continues, the American Red Cross is providing information management and mapping support to the global operation to ensure that Red Cross and Red Crescent chapters are not responding independently of each other, but rather, have greater situational awareness of the broader crisis. This allows for informed decision-making at a global level and is essential for an emergency of this scale, which can overwhelm local Red Cross and Red Crescent branches. The American Red Cross also provided 10,000 cots to help families fleeing Syria in Germany.