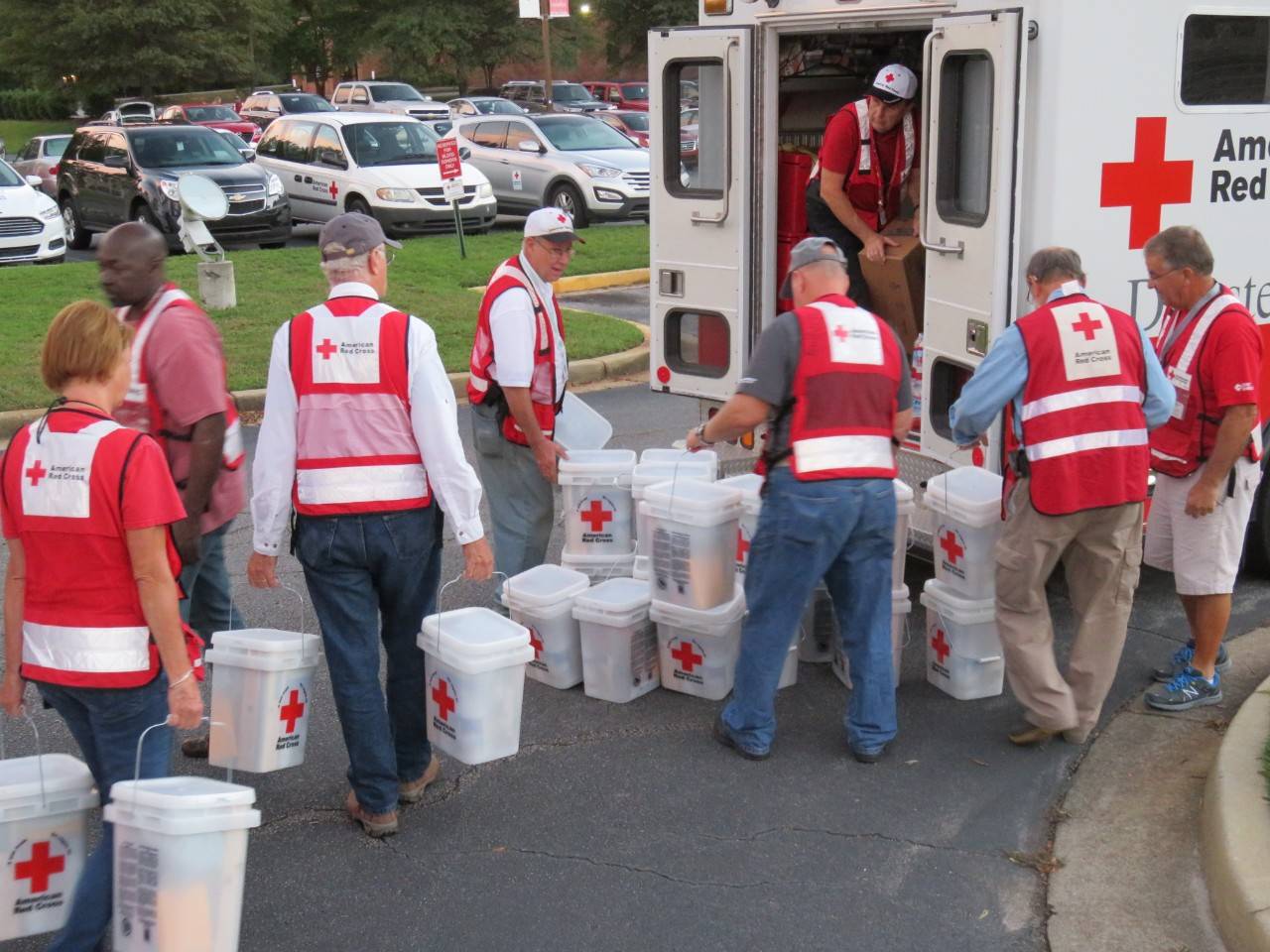 When disaster strikes, people’s lives change in an instant. They most often lose everything dear to them – their home, family photos, their clothes, furniture – everything. And when that happens, the American Red Cross is there to help.

At present, thousands of people in Louisiana, Texas and Mississippi are still trying to recover from the widespread flooding in those states.

The Red Cross is there, supporting those affected. Hundreds of Red Cross disaster workers continue to offer help and hope in Louisiana, Texas and Mississippi where so many people have lost everything to devastating floods.

Red Cross workers have been supporting disaster victims since the time of its founder, Clara Barton, and the beginning of the American Red Cross. The first disaster response was in 1881 when a forest fire in Michigan burned through a million acres in 24 hours. The fire claimed almost 300 lives and left thousands homeless. Red Cross chapters collected food and supplies which were shipped to Michigan to assist the 14,000 people in need of help.

After the fire in Michigan, the Red Cross proved it could respond to large disasters and President Chester Arthur and the U.S. Senate officially recognized the American Red Cross by signing the Treaty of Geneva on March 16, 1882.

During the years, Red Cross disaster workers have responded to emergencies like the 1906 earthquake in San Francisco and the flu epidemic in 1918. They provided relief for survivors of the Titanic in 1912. Other responses included flooding along the Mississippi in 1927 and helping victims of the Dust Bowl in 1932. Disaster workers were on the scene after the attack on Pearl Harbor, the fire at the Cocoanut Grove nightclub in Boston in 1942, a massive earthquake in Alaska in 1964 and the destruction in the northeast by Hurricane Agnes in 1972. And on September 11, 2001, disaster workers responded to the terrorist attacks in New York, at the Pentagon and in Shanksville, Pennsylvania.

KATRINA LARGEST RESPONSE EVER The largest single disaster relief effort ever undertaken by the American Red Cross was the response to Hurricane Katrina in 2005. The storm killed nearly 2,000 people and left millions homeless. Hurricanes Rita and Wilma followed soon after, worsening the devastation and leaving behind more than $81 billion in damage.

In the largest sheltering operation in its history, the Red Cross opened nearly 1,400 evacuation shelters in 27 states and the District of Columbia. More than 3.8 million overnight shelter stays were provided. More than 90 kitchens were set up to prepare meals. Five days after Hurricane Katrina made landfall, the Red Cross served nearly one million meals in a single day. More than 68 million meals were served during the response. More than 244,000 disaster workers, 95 percent of them volunteers, responded to help the hurricane survivors. More than 4 million people received emergency assistance through the Red Cross.

In October of 2012, the Red Cross responded to Hurricane Sandy, the largest U.S. response in five years. Powered by more than 17,000 trained workers from all over the country, the response included a huge feeding operation that served more than 17.5 million meals and snacks, 74,000 overnight shelter stays, distribution of more than 7 million relief items and nearly 113,000 health services and emotional support contacts for people who have been living in very tough conditions.

Today, the Red Cross responds to an average of nearly 66,000 disasters every year – from a home fire affecting a single household to large emergencies affecting an entire community or region of the country. Red Cross workers provide shelter, food, relief supplies and a shoulder to lean on.

HOW TO HELP You can help people affected by disasters like winter storms or countless other crises by making a donation to support American Red Cross Disaster Relief. Your gift enables the Red Cross to prepare for, respond to and help people recover from disasters big and small. Donate by visiting www.redcross.org, calling 1-800-RED CROSS or texting the word REDCROSS to 90999 to make a $10 donation.

Amid a Flurry of Global Disasters, Red Cross Helping Around the World
.type=article.p=1.f=service%3Adisaster-relief-and-recovery
Donate Now