Red Cross Workers in Nepal Help Despite Their Own Losses

Red Cross Workers in Nepal Help Despite Their Own Losses 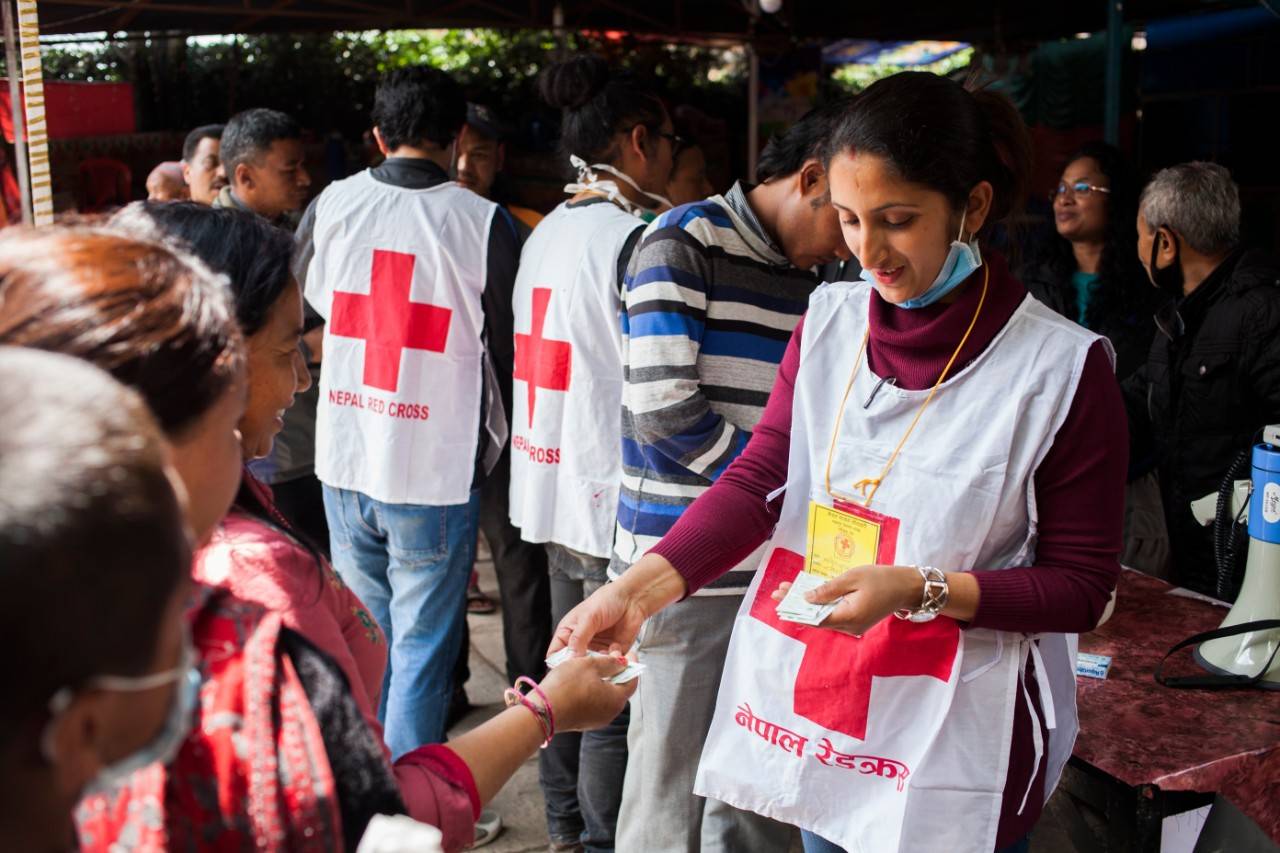 The devastating earthquake which hit Nepal last weekend has left hundreds of thousands of families in dire need. The global Red Cross network, led by the Nepal Red Cross and supported by the American Red Cross, has mounted an international response to provide emergency humanitarian assistance.

Reports vary, but thousands have been killed in Nepal, Tibet, Bangladesh and at the Nepal-China border, with thousands more injured. Many are feared trapped under rubble and the number of casualties is expected to rise. Some eight million people have been affected by the quake.

Here are two first-hand accounts of the conditions people are facing in Nepal:

Minna Passi, Finnish Red Cross, reports families are huddled under shelters while the rain pours down. Many homes in the area of Bhaktapur in Kathmandu have been completely destroyed. Others look like they might collapse any time. A group of staff and volunteers from the Nepal Red Cross Society assigned to help the army in search and rescue efforts is standing in the rain, their work halted because the weather makes it too dangerous to continue.

“Another group found bodies earlier today. Yesterday we found four children alive,” says Krishna Ram Thapa, the group leader and a project worker for the local Red Cross. Krishna has himself been affected by the earthquake, like many of the local aid workers and volunteers. He was working in a field with his wife and mother when the ground started to shake. He was terrified because his father and son were inside watching television. They were saved because they took shelter in a doorway.

“The house looks like a pancake,” Ram Thapa says. “At first I built a shelter for my family and four other families from local materials which we were able to find ourselves. After that I’ve been helping others with the Red Cross.” He and many others are worried that the next step of the disaster will be that diseases could appear to due to lack of sanitation and safe drinking water. The Red Cross is doing its best to start delivering pure water as soon as possible.

Nichola Jones of the British Red Cross reports father-of-two Bijay Dahal was upstairs in his two-story home in Baneshwor, Kathmandu with his family on Saturday when his chair started to shudder. “Suddenly, the house started shaking, I could feel it swaying – I knew what was happening,” he said. “I grabbed my kids and dragged them to the door. I could hear my wife in the other room crying and praying.”

Dahal, a Nepalese Red Cross worker trained in disaster management, knew they had to escape the house as soon as the shaking subsided. But 20 years experience could not prepare him for the heart-rending decision he had to make as he was fleeing to open ground.

“As I was running down the stairs with my boys, my elderly parents were clinging to each other in the bedroom,” he said. “My dad is 79 and paralyzed – my mother would not leave his side. “In that moment, I had to make a choice – to get my kids to safety or to stay with my parents with no guarantee that the house would withstand the earthquake. My mum told me to go.”

Dahal’s eldest son, who is 15 and has Down’s syndrome, was begging his dad to save his grandparents but the disaster expert knew he couldn’t do both. “I am normally my son’s protector, his friend. But in that moment, I had to shout and drag him out – I could see the confusion in his face. That was very painful,” Dahal said.

The family were joined outside by crowds of bewildered neighbours, but Dahal had to wait 30 agonizing minutes before he knew his parents were safe. “I wore my motorbike helmet to re-enter the house to check on them after the shaking stopped. It was amazing to find them both okay.”

Dahal, his wife and sons were forced to sleep outside in the driving rain as powerful aftershocks continued to crumble buildings around the neighborhood. “A seven-storey guest house collapsed in my neighborhood and I know there are still bodies buried under the rubble,” he said.

Dahal is now back to work and at the heart of the Nepal Red Cross Society relief effort both inside the city and across difficult-to-reach areas across the country. He said the priority for the moment was immediate relief. “Food, water and shelter for the many families who continue to live outside are our priority right now, and we will be striving to reach those community that desperately need our help,” he said.

GIVE: To help people affected by disasters big and small, visit Redcross.org or contact your local American Red Cross chapter.

MAP: To help with critical mapping efforts, visit http://tasks.hotosm.org. No experience is needed, just a computer and internet connection.

For help locating family members or to register yourself as safe in Nepal, visit www.familylinks.icrc.org. People can also contact the U.S. State Department for information on U.S citizens living or traveling in Nepal. 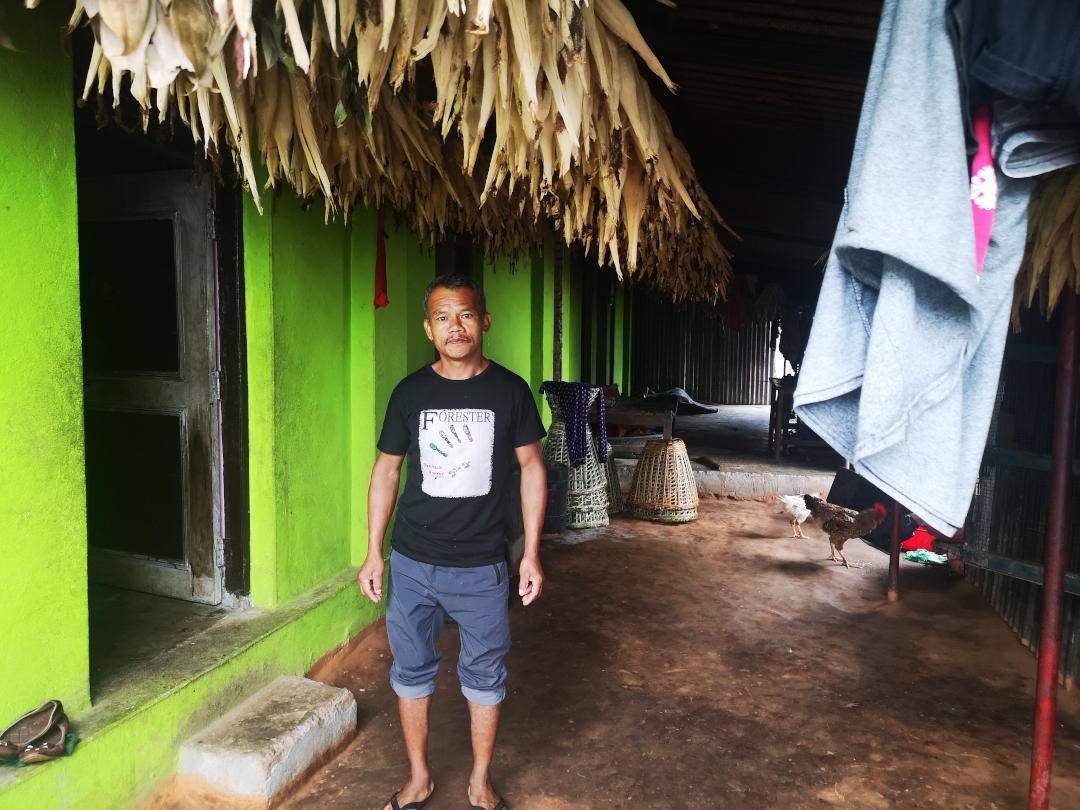 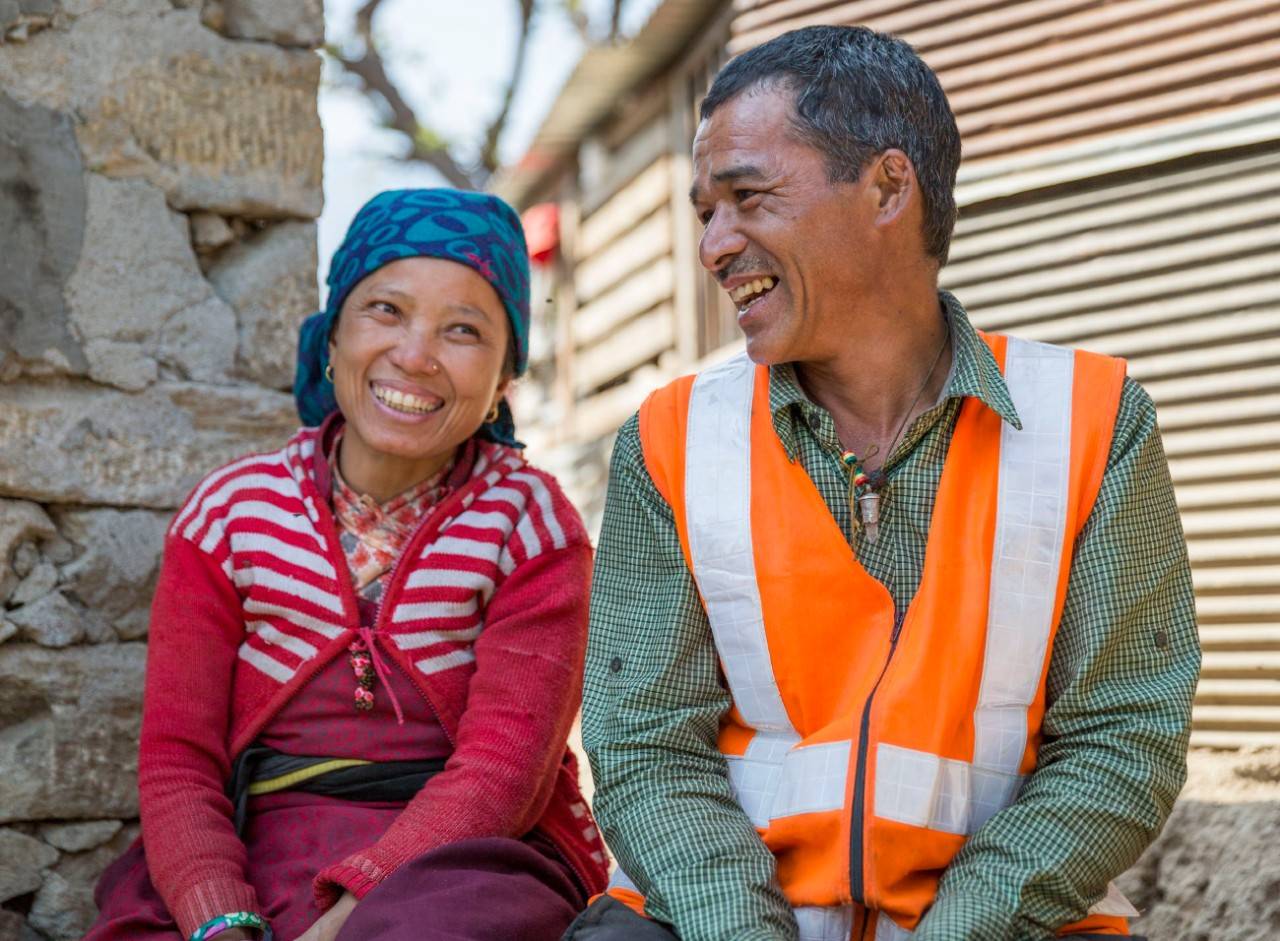 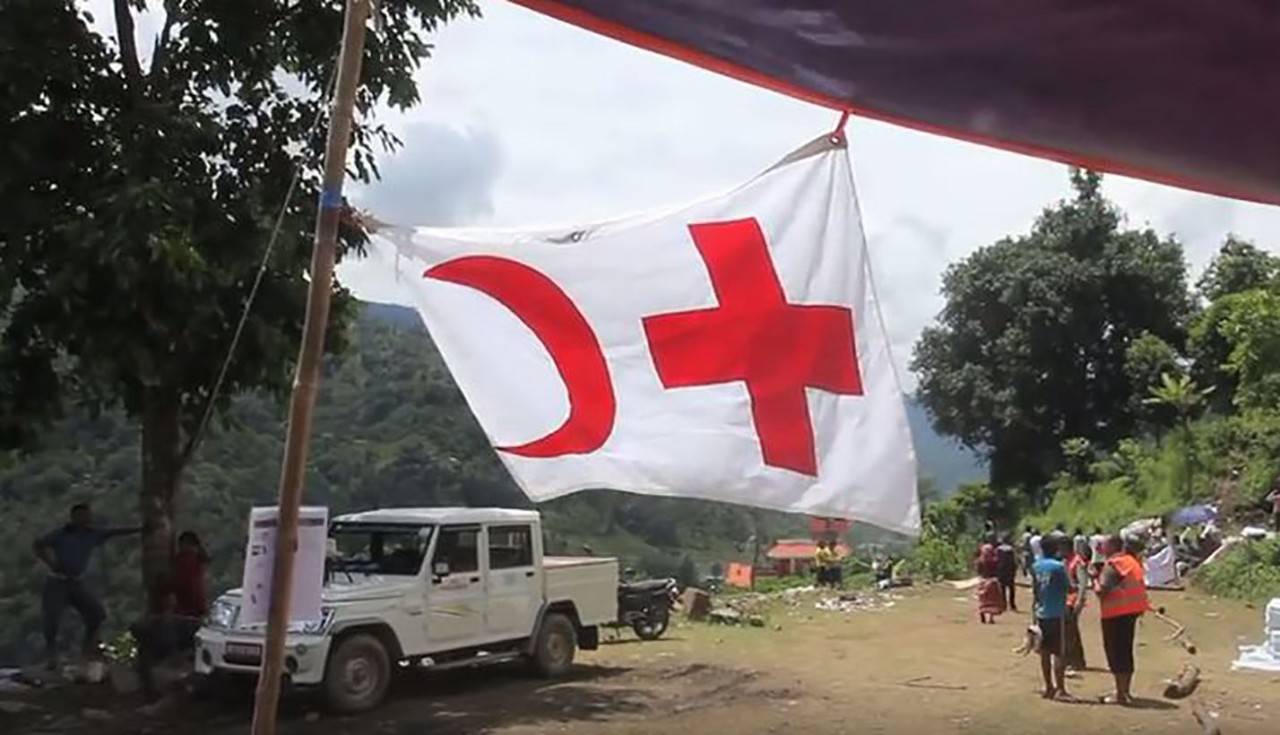 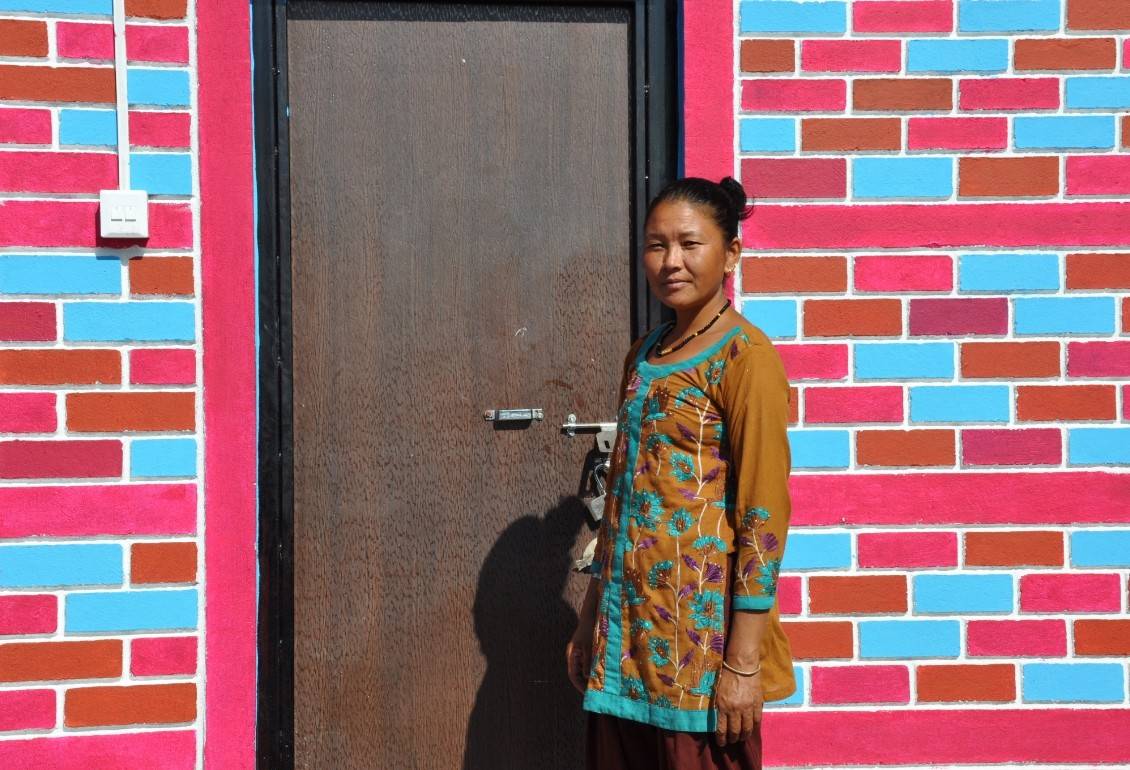 Turn by Turn, Neighbors in Nepal Help to Rebuild
.type=article.p=1.t=redcross%3AGeography%7CInternational%7CNepal
Become a Volunteer