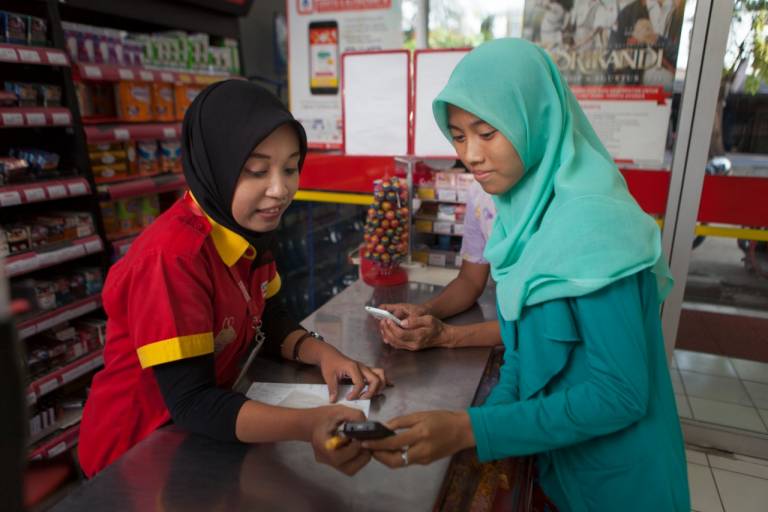 Widiawah (right) uses funds from a mobile wallet at her local convenience store in Bekasi, Indonesia. The Red Cross provided the funds to Widiawah and her neighbors—whose were experiencing a drought. 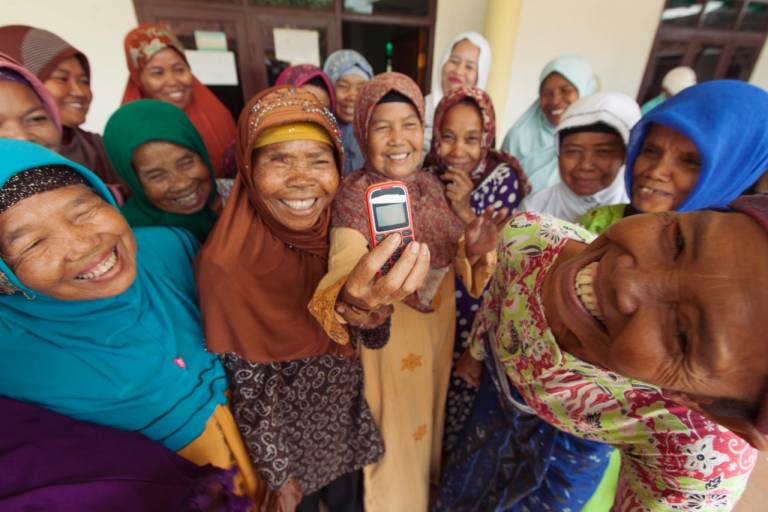 A group of neighbors gather around a mobile phone one sweltering day in Indonesia. The women recently received about $60 USD each in electronic funds from the Red Cross to help them meet essential needs like food, water, and supplies for the businesses. 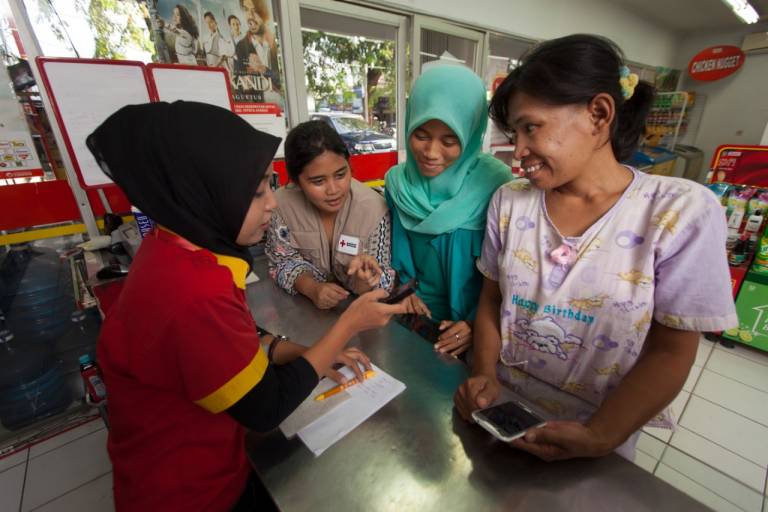 A Red Cross volunteer stands with Widiawah (middle), as she purchases essentials for her family at a local convenience store. The Red Cross provided the funds to Widiawah and her neighbors—whose were experiencing a drought. 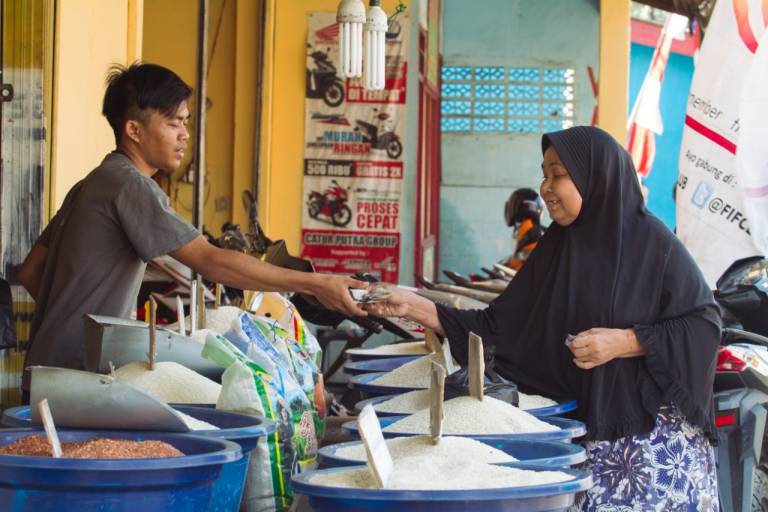 Ayumi (right) purchases rice at a small shop in her neighborhood. Ayumi’s family and 700 other households in Bekasi received electronic funds, via a mobile wallet, which they could spend or “cash out” at nearby convenience stores.

Widiawah uses her cell phone to text friends and take photos. Now, she can add something new to that list: buying essentials for her family. Widiawah, 18, and her parents don't have access to potable water at home, so they have to purchase jugs and bottles every week to stay hydrated. It's a big, but necessary, expense.

In an effort to help families like Widiawah’s, the Red Cross and Mastercard launched a pilot project to transfer funds to people via mobile wallet technology. Widiawah's family and 700 other households in Bekasi, Indonesia received funds (about $60 USD), which they could spend or “cash out” at nearby convenience stores. After being trained on the process by local Red Cross volunteers and consulting with her parents, Widiawah used a mobile wallet accessible in her phone to purchase water, rice, and hygiene supplies like soap, toothpaste, and toothbrushes.

In the photos above, Widiawah is pictured in a local convenience store with cashier Tri Sulis H., who says the cash transfers are easy to perform from behind the counter.

There are a lot of different ways to deliver aid to families facing hardship. Giving funds—rather than goods—allows people like Widiawah to prioritize needs and spend over time. Cash also has the ability to boost local economies, build up small businesses, and can be more discreet than boxes of supplies.

Widiawah sees another advantage, too, “Sometimes families receive goods they might not use. Cash allows people to buy what they need.”

Carrying out mobile transfers—rather than giving people actual cash, bank slips, or vouchers—had several advantages in Bekasi. Red Cross volunteers mentioned that it was safer and more efficient to distribute SIM cards to people in the community, rather than hand out a carload of cash. One of Widiawah's neighbors, Jaiyah, saw an extra layer of security, too. "If the money is on a SIM card, I'm the only one who can see it's there. And I'm the only one who knows it's there," she said.

The American Red Cross has been working in Indonesia for more than ten years, helping people recover from the 2004 Indian Ocean Tsunami and investing in long-term projects to keep communities safe. This cash transfer pilot project was a partnership between the American Red Cross, the Indonesian Red Cross (locally referred to as Palang Merah Indonesia), and Mastercard.