Red Cross in Puerto Rico - 'I Wasn't Gonna Let Her Down'

Red Cross in Puerto Rico - 'I Wasn't Gonna Let Her Down' 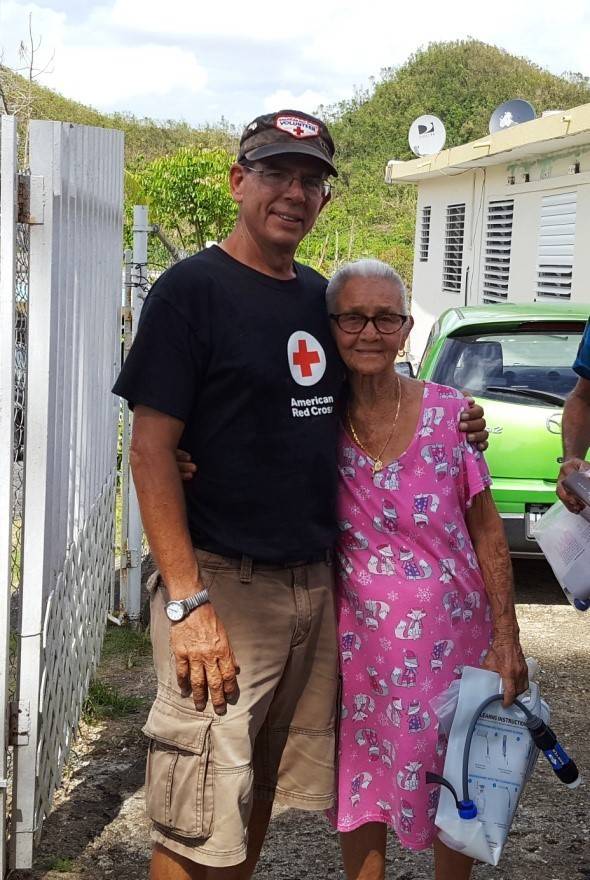 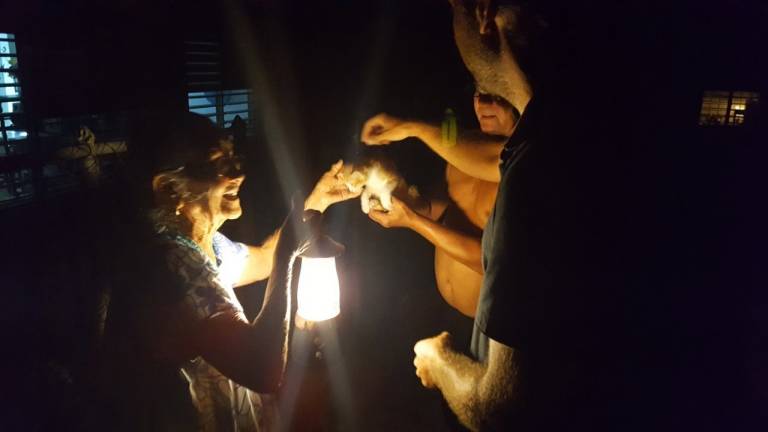 Rosa Maldonado Ortiz wanted a cat due to the increasing number of rats near her home and Red Cross volunteers John Hendricks and Leo Taraborrelli delivered this little kitten rescued during a relief distribution. (Red Cross Photo by Winnie Romeril)

Red Cross responders continue their emergency relief efforts in Puerto Rico with a strong sense of urgency due to sustained damage to critical infrastructure like water and electricity. Here is a story of a special relationship between a volunteer from Michigan and an elderly woman from Patron, Morovis:

“I was in Patron, Morovis, and this little old lady comes up to me and starts patting me on the chest and talking in Spanish,” remembers John Hendricks, a Red Cross volunteer from Detroit, Michigan serving in Puerto Rico for the Hurricane Maria relief effort. His voice is raspy from camping out in the mountains with his Red Cross team, delivering water filters to the most remote communities, house by house. “I said to her, “I’m a gringo, I don’t speak Spanish,’ but I got one of my teammates to translate for me.” John’s eyes get misty. His translator said, “She is patting your chest because she saw you in the mountains and she loves your heart.”

Hendricks was touched by Rosa Maldonado Ortiz’s gesture and with translation learned more about her situation. At 87 years old, she lost part of her house in the hurricane. Three of her grandchildren live upstairs in her home. Like most homes in the highlands of Puerto Rico, there is no running water and families collect water from mountain springs. Mrs. Ortiz was happy to receive the water filter to keep her family safe from bacteria, viruses and toxins. Red Cross volunteers have placed 20,000 high-volume water filters into the hands of the most isolated Puerto Ricans. However, Mrs. Ortiz desperately needed tarps to keep out the seasonal downpours. The Red Cross volunteer promised to return.

When he went to the closest Red Cross warehouse, all the tarps had been handed out and the next shipment was not yet in. “I wasn’t gonna let her down, so I went to Home Depot and bought her tarps,” Hendricks said in his matter-of-fact, middle America style. “When I took her the tarps, she told me she needed a cat.” Mrs. Ortiz was worried about the increasing number of rats and mice and the diseases they might carry to her grandchildren.

As it so happens, an abandoned kitten was rescued on a relief distribution in Juana Diaz during a thunderstorm. “We couldn’t leave the kitten there in a downpour, so we took it to a veterinarian,” said Leo Taraborrelli. “The vet estimated it was born about the time Hurricane Irma came through.” When Hendricks told Taraborrelli about Mrs. Ortiz, he gladly offered her his rescued kitten. After all, as Red Cross volunteers, they are mostly away from their camp, working 15-hour days. This way, the kitten would be in a home with children to love him.

Later that night in their off-duty hours, the two volunteers made a special trip back to Patron, Morovis to Mrs. Ortiz’s home with the cat. “I’m so happy, thank you!” said Mrs. Ortiz. 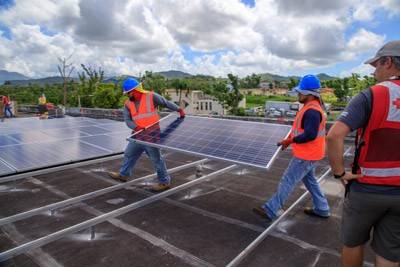 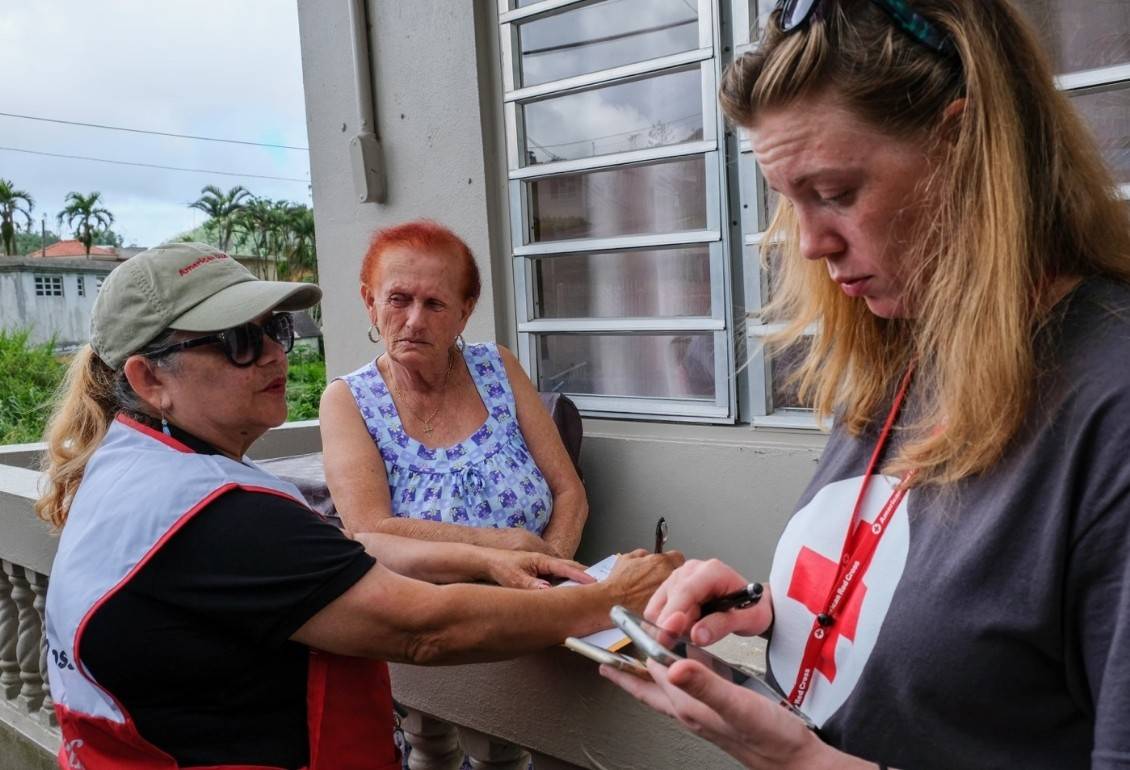 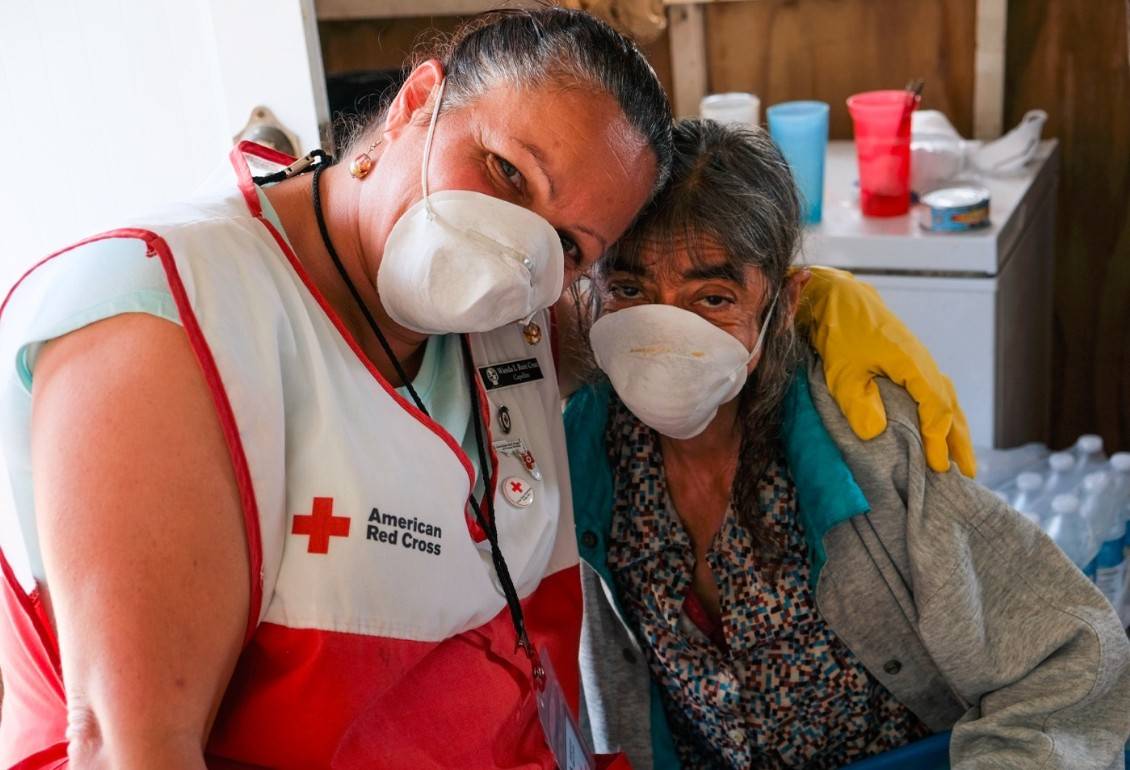