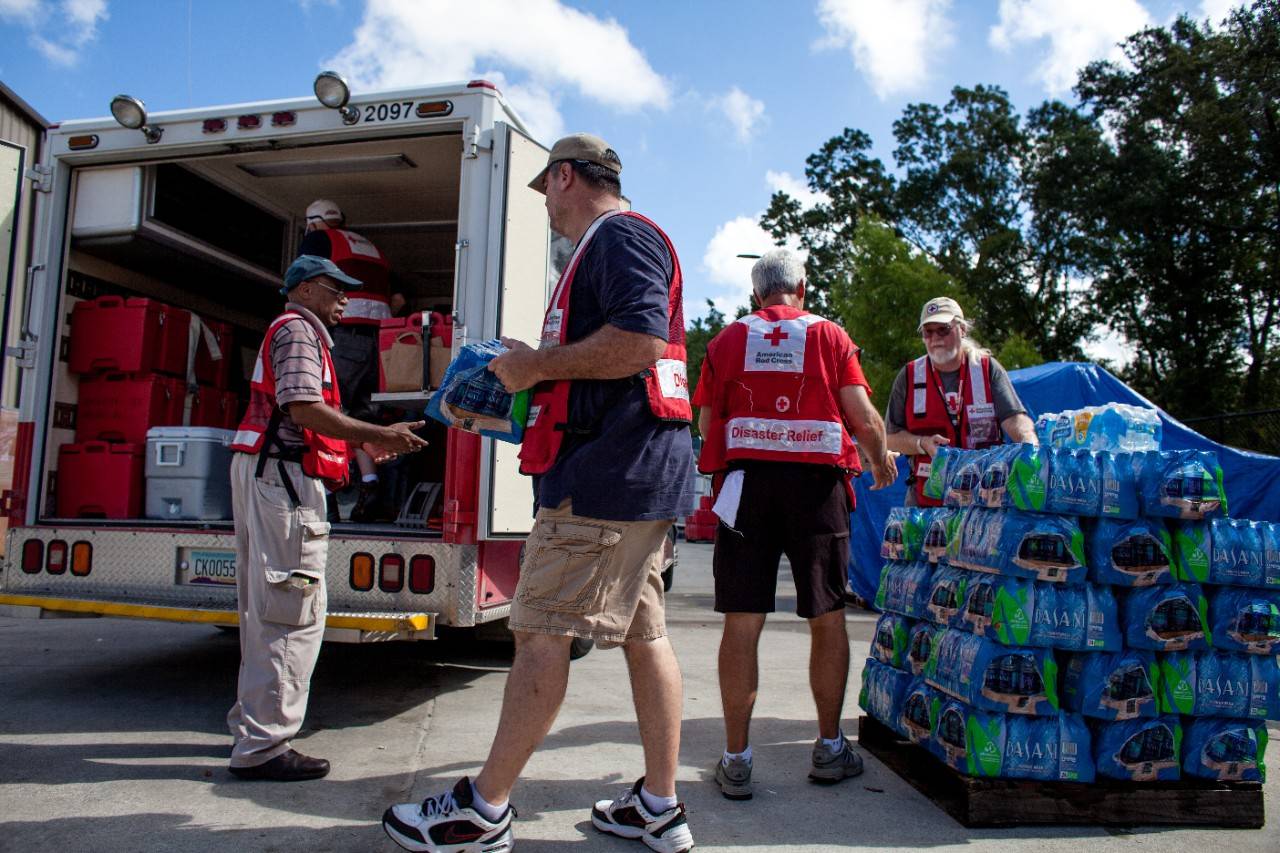 WASHINGTON, D.C. – August 31, 2016 — The American Red Cross is continuing to support disasters from coast-to-coast. For three nearly three weeks, thousands of Red Cross volunteers have been helping thousands of people affected by the devastating and historic flooding in Louisiana, and today, we are preparing to respond to the multiple storms threatening Florida and Hawaii.

Two Pacific hurricanes – Madeline and Lester – are expected to hit Hawaii over the next several days, bringing as much as 15 inches of rain and 75 mph winds to the Aloha State. The Red Cross has disaster workers and supplies on alert to respond, and 14 Red Cross and community evacuation shelters are currently open.

In the Gulf of Mexico, a tropical depression that has potential to develop into a tropical storm is headed toward Florida with as much as 10 inches of rain predicted. Red Cross workers and supplies are on standby to help if needed.

Red Cross workers are also responding to wildfires out west, flooding in Indiana, Iowa, Ohio and Pennsylvania, and tornadoes in Indiana, along with numerous smaller emergencies that occur every day, such as home fires.

The last several weeks have kept Red Cross disaster volunteers busy. Red Cross Vice President of Disaster Operations and Logistics Brad Kieserman says, “To date, the Red Cross has deployed more than 6,300 volunteers in less than two months, two-and-half-times the number called upon by this point in 2015. Plus, last year saw 24,000 volunteers deployed, with 2015 requiring more than triple the number of volunteers to respond to disasters than in any of the past three years.”

GET READY FOR STORMS NOW

Those in the path of the storms threatening Hawaii through the upcoming holiday weekend and those headed to Florida should prepare now. The Red Cross has three steps people can follow - build a kit, make a plan and be informed.

An emergency kit should include a gallon of water per person, non-perishable food, a flashlight and extra batteries, a first aid kit, medications and copies of important documents. Talk with members of your household and create an evacuation plan. Learn about how your community responds to hurricanes and plan routes to local shelters. Remember family members with special medical needs and plan how you will care for your pets.

Another resource for download is the free Red Cross Emergency App to receive emergency alerts and information about what to do in case of hurricanes, flooding and other disasters, as well as locations of shelters. The app includes emergency first aid information and a Family Safe feature which allows people to instantly see if loved ones are okay. The free Emergency App is available in app stores by searching for the American Red Cross or going to redcross.org/apps.

Meanwhile, the massive relief response in Louisiana continues as Red Cross workers provide food, shelter and relief supplies to the thousands of people affected by the devastating flooding there.

As many as 1,500 people were seeking refuge in 13 Red Cross and community shelters as of August 30. In addition, as many as 100 Red Cross response vehicles are distributing food, water and relief supplies. Disaster health volunteers are providing emotional support and helping to replace things like lost eyeglasses, wheelchairs and medications.

More than 3,400 Red Crossers – from all 50 states, the District of Columbia and Puerto Rico – have tirelessly supported relief efforts since the flooding began. Over 90 percent of these trained disaster workers are volunteers. As of August 31, the Red Cross and its partners have: