Visionary leader and founder of the American Red Cross

Visionary leader and founder of the American Red Cross

Clarissa Harlowe Barton, known as Clara, is one of the most honored women in American history. Guided by an intense devotion to helping others, she forged a bold path of service to help those in need. As founder of the American Red Cross, Clara is considered a visionary whose humanitarian spirit helped change the world.

“You must never think of anything except the need, and how to meet it.” 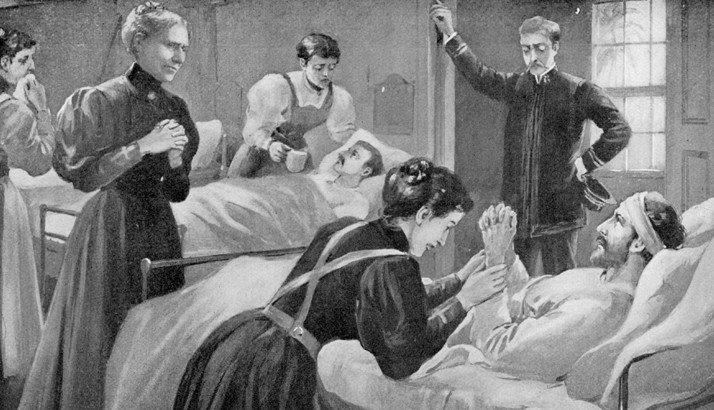 See where she delivered relief around the world.

Highlights of an Extraordinary Life

Born December 25, 1821, in North Oxford, Massachusetts, Clara Barton was the fifth child of Stephen and Sarah Barton. After an early career in teaching, Clara moved to Washington, D.C., and worked at the U.S. Patent Office. She was one of the first women to work for the federal government.

Angel of the Battlefield

Clara was still living in Washington when the American Civil War began in 1861. During that time, she bravely provided nursing care and supplies to soldiers — activities that ultimately defined her life and earned her the nickname, Angel of the Battlefield.  When the war ended, Clara found new ways to help the military. With permission from President Lincoln, she opened the Office of Missing Soldiers, helping to reconnect more than 20,000 soldiers with their families.

During a trip to Switzerland in 1869, Clara learned about the Red Cross movement, a European humanitarian effort to provide neutral aid to those injured in combat. Inspired by that cause, Clara volunteered with the International Committee of the Red Cross, providing civilian relief during the Franco-Prussian War. This experience, along with her work during the Civil War, inspired Clara to bring the Red Cross movement to America.

On May 21, 1881, Clara founded the American Red Cross, and by 1882, the U.S. ratified the Geneva Conventions — laws that, to this day, protect the war-wounded and civilians in conflict zones. This later resulted in a U.S. congressional charter, officially recognizing Red Cross services.

Clara Barton served as Red Cross president for 23 years, retiring in 1904. After a lifetime of service, Clara died at her home in Glen Echo, Maryland, on April 12, 1912.

To this day Clara’s legacy lives on, reflected in the spirit of Red Cross volunteers and employees. Because of one woman, Clara Barton, the American Red Cross brings help and hope across the nation and around the world. 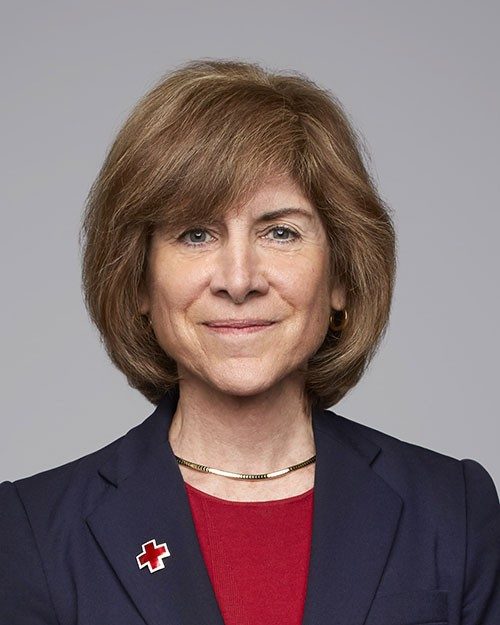 A Note from Our President & CEO, Gail J. McGovern

It is truly an honor to lead the American Red Cross in Clara’s remarkable footsteps. I can't tell you how many times I’ve looked at her picture in my office and asked, “What would Clara do?” She always sought to do the right thing, even if it was hard to do.

Her lifelong mindset of, “I see a need, and I have to fill it,” is what made her such a great humanitarian. Today, we at the Red Cross continue to embody that same generous spirit to advance her lifesaving legacy in service to communities across the country.

“The Red Cross is a part of us — it has come to stay — and like the sturdy oak, its spreading branches shall yet encompass and shelter the relief of the nation.”

A Dress Worn by Clara Barton

This mid-nineteenth dress constructed of expensive, imported silk brocade was worn by Clara Barton throughout the 1860s. Clara would have used the dress for special occasions, luncheons or speaking engagements. The dress was donated to the American Red Cross by Ms. Susan H. Stafford, great, great, great niece of Clara Barton and funding for its conservation and exhibition was donated by Barbara Bovender.

Learn How the Conservator Prepared the Dress for Exhibition 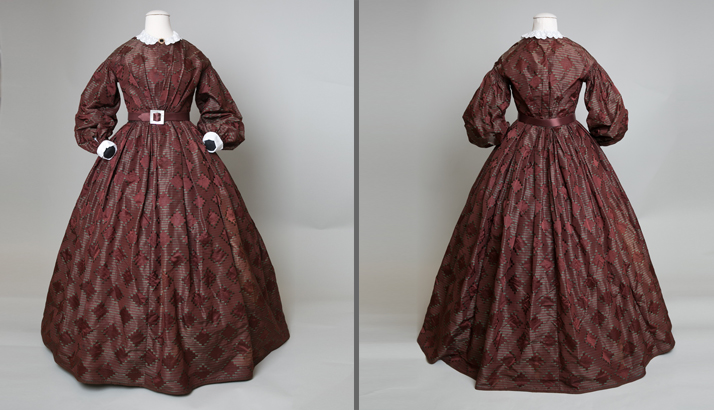 Front and Back of Clara Barton Dress

Special occasion dress made of silk brocade and worn by Clara Barton in the 1860s. 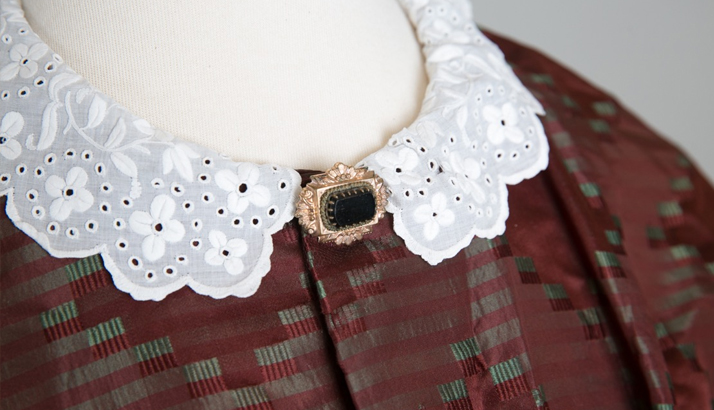 Detail of collar and brooch. Collar was cleaned and then resized for the period. The mid-nineteenth century brooch was donated from the Mary Doering collection. 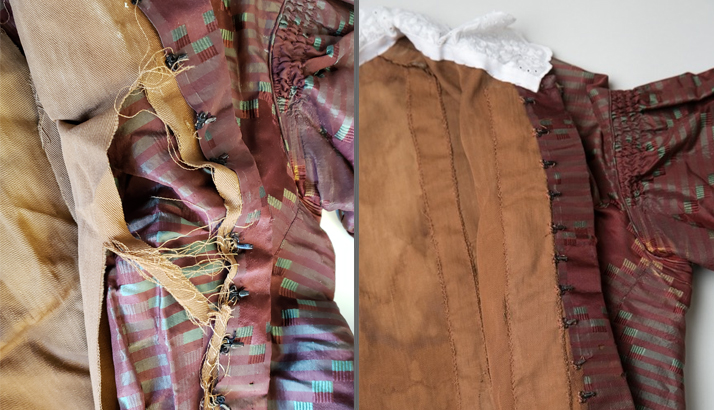 Detail of interior of bodice before and after it was repaired by conservator. Interior lining was repaired and reattached to exterior fabric. 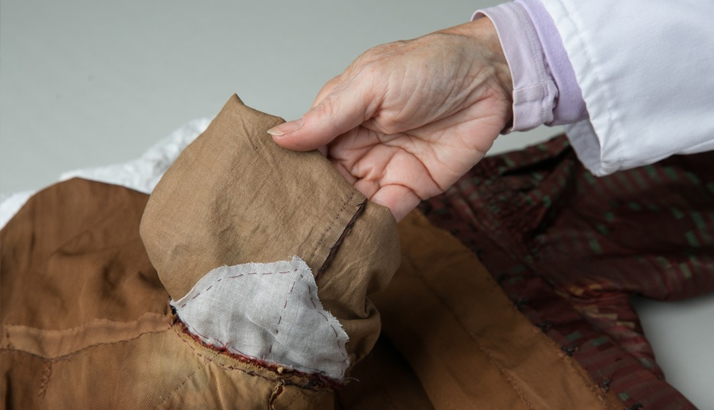 Detail of interior of bodice and armscye reinforcement. Area was cleaned and repaired by conservator. 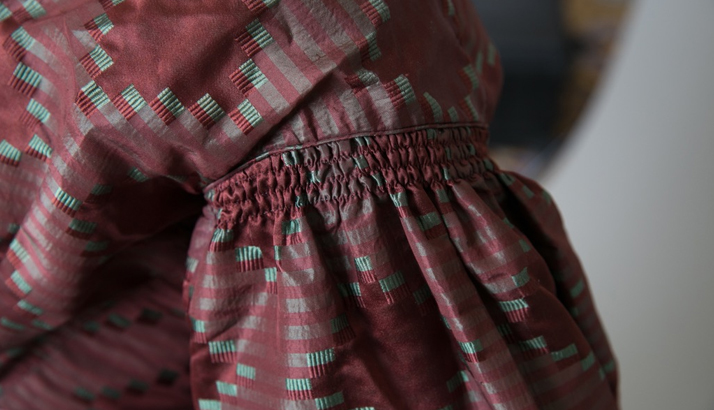 Sleeve and shoulder detail with decorative ruching, which was popular on garments in the nineteenth century. 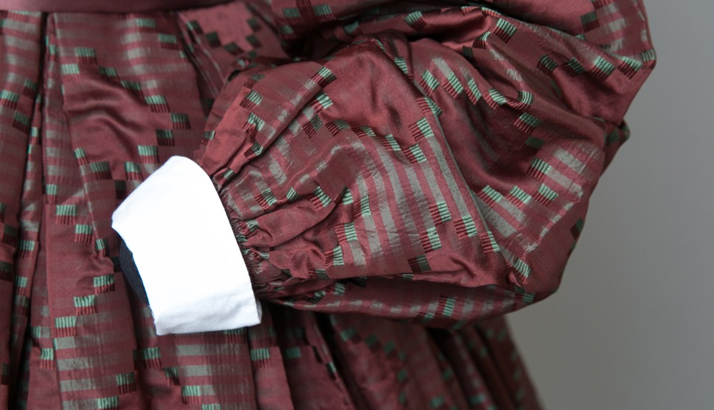 Detail of sleeve and removable reproduction cuff. These additional cuffs which were easy to clean were used to protect the dress cuff underneath. 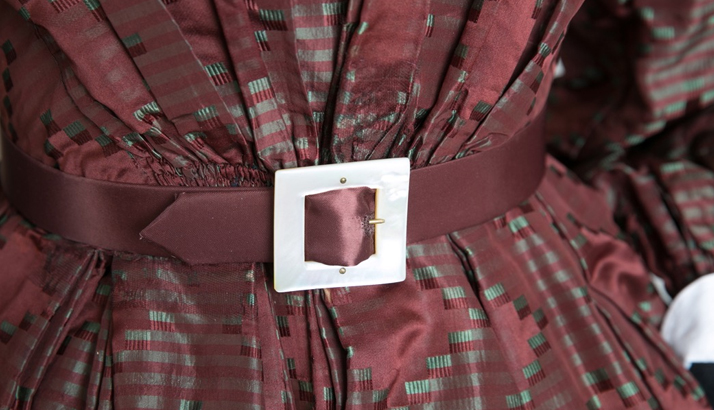 Detail of belt and belt buckle. Reproduction belt was made by the conservator. The mid-nineteenth century mother-of-pearl buckle was donated by Dr. Karen Bohleke. 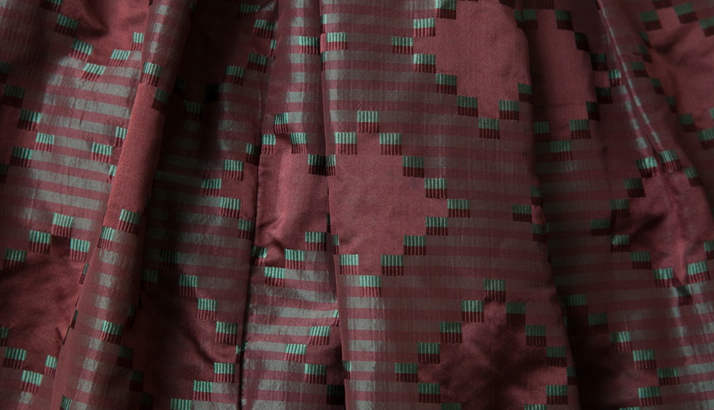 Detail of silk brocade and skirt pleats. The color is still intact and the fabric indicates very little evidence of fading. 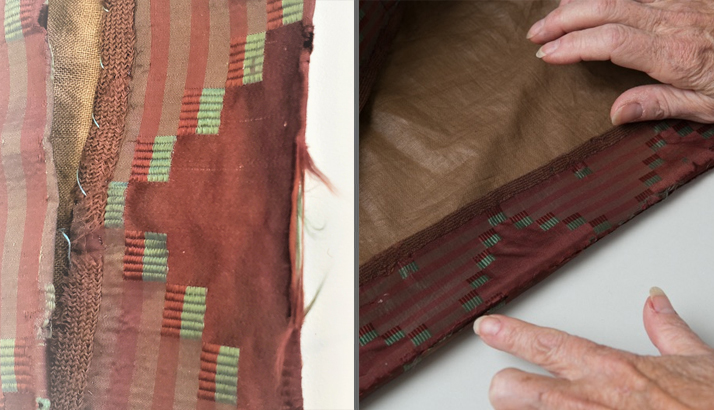 Before and After Hem Detail

Detail of frayed hem and repaired and restored hem. Hem was returned to original length, repaired, and bound with wool tape.

View the dress in person!

Schedule a tour of Red Cross Square the next time you plan to visit Washington DC.

Clara first worked as a schoolteacher in North Oxford, Massachusetts.

A self-taught nurse, Clara cared for wounded soldiers during the Civil War.

After helping to identify nearly 13,000 Union soldier graves at the Andersonville Prisoner of War Camp, Clara was chosen to raise the U.S. flag when the site was dedicated as a national cemetery in 1865.

Clara spent her life providing service to others; never married, nor had any children.

In 1896, Clara directed relief operations for victims of unrest in Turkey and Armenia. Under intense government scrutiny, she was allowed to provide aid as an individual.

Clara was a vegetarian.

When Clara passed away at the age of 90, she far exceeded the average life expectancy for women in 1912 which was about 56 years.

Join the Library of Congress in its campaign to transcribe Clara Barton’s work. Throughout her life, Clara kept numerous diaries and journals. Written in her own hand, these important papers span her time as the Angel of the Battlefield, the founding of the American Red Cross and more. You may be the first person in over a century to read some of these pages! Anyone can contribute. It’s easy and free! 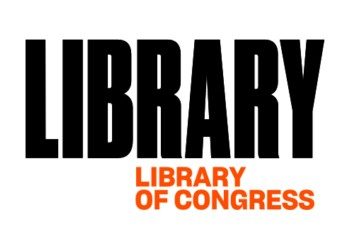 More Ways to Learn About Clara

Continue learning about Clara’s impact and legacy by visiting these locations. 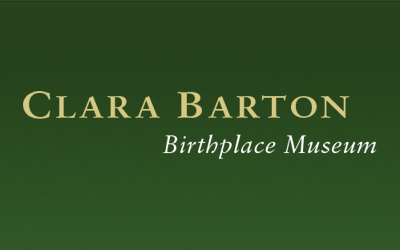 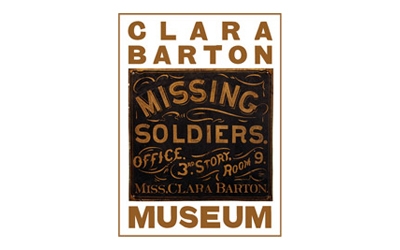 In Washington DC, guests can walk in Clara’s footsteps and explore the Missing Soldiers Office. Check the website for information. 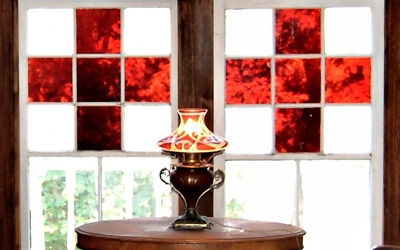 In Glen Echo, Maryland, guests can tour the home where Clara spent the last 15 years of her life. Check the website for information.