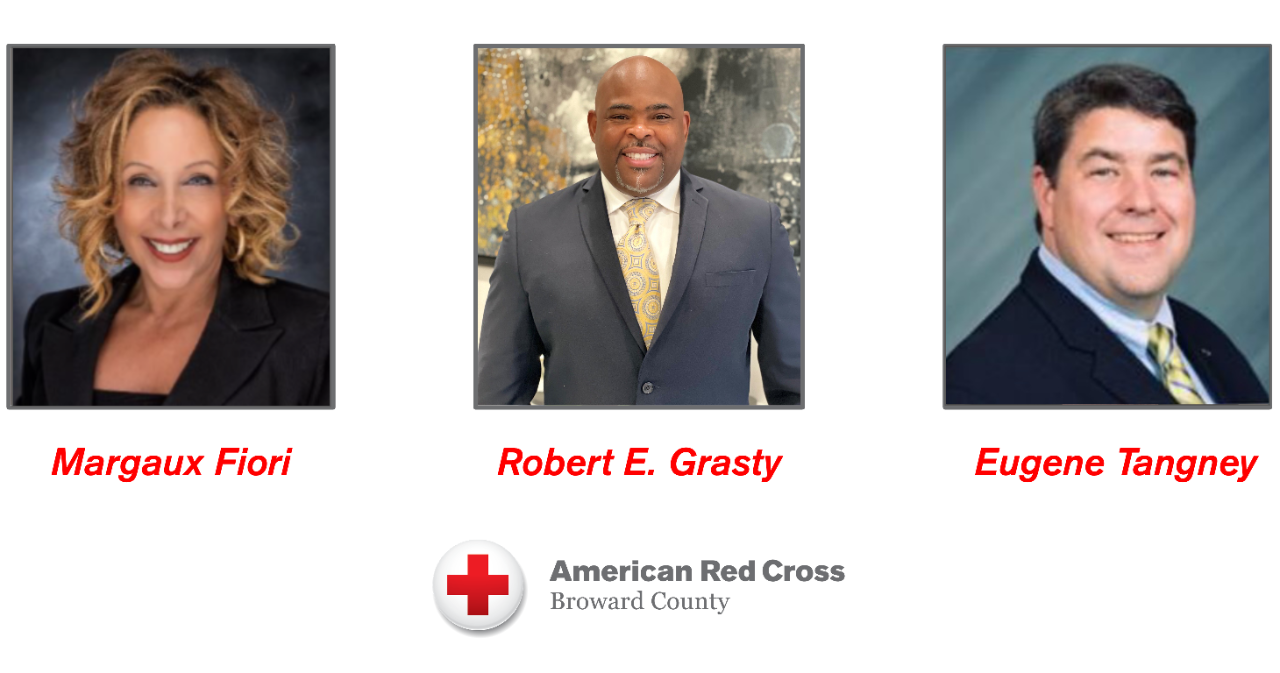 Robert E. Grasty is the Chief Human Resources Officer and Interim VP of Clinical Operations and Chief Diversity & Inclusion Officer for Woundtech. As a sponsor for Broward County’s annual Dine & Dock event, he has an extensive human resources background with 25 years of experience specializing in talent acquisition, talent management, diversity and inclusion, executive coaching, and labor relations. Robert holds an MS in Human Resource Development from Villanova University and a BA in psychology from Kutztown University.

Eugene “Geno” Tangney is Vice President of Global Vehicle Sales at Ryder System, Inc. Ryder is not only a sponsor of Dine & Dock, but has been a member of our Annual Disaster Giving Program for almost 30 years. As a longstanding national partner, Ryder has provided financial resources, trucks, and volunteers to support disaster relief efforts locally and nationwide. Eugene is considered a mentor and coach among his peers, and is a frequent presenter and thought leader in the transportation industry. He holds a Bachelor of Arts degree in psychology from Saint Michael’s College.

Margaux Fiori is the Founder and CEO of Fiori Financial Group and is also a sponsor of Dine & Dock. She has worked in the investment and financial services industry for over 25 years and has been recognized as one of Forbes Top Women Wealth Advisors in the country for the past two years. In 2017, Margaux was nominated by The Boys and Girls Club of Broward as one of the Outstanding Women of Broward County. She is an Honorary Board Member of the Special Olympics and in 2018, served as the Chairwoman for the Broward Chapter of 100+ Women Who Care.

“We are pleased to welcome Robert, Geno, and Margaux to our Board of Directors,” said Paula Prendergast, executive director, “they all lead by example and have a passion for giving back to their community.”

About the American Red Cross:
The American Red Cross shelters, feeds and provides emotional support to victims of disasters; supplies about 40 percent of the nation's blood; teaches skills that save lives; provides international humanitarian aid; and supports military members and their families. The Red Cross is a not-for-profit organization that depends on volunteers and the generosity of the American public to perform its mission. For more information, please visit redcross.org/southflorida or visit us on Facebook or Twitter at @SFLRedCross.