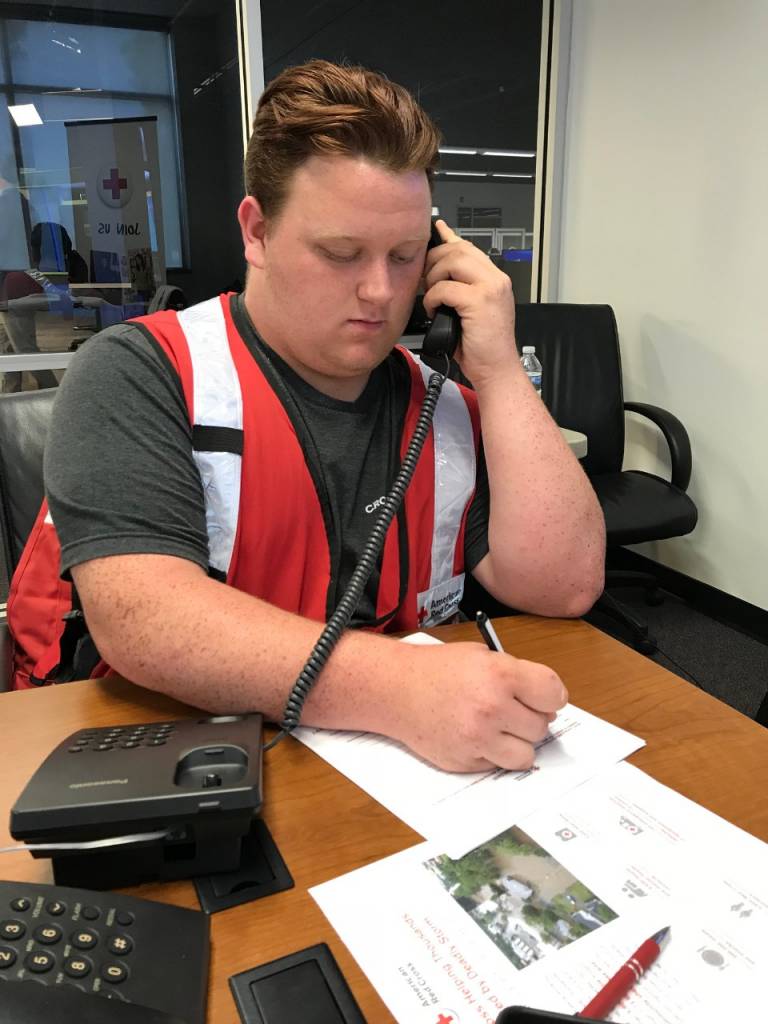 Volunteer James Alligood took a week off to help people from his community who had come to the evacuation shelter in Greenville, North Carolina. Red Cross photo by Marita Salkowski. 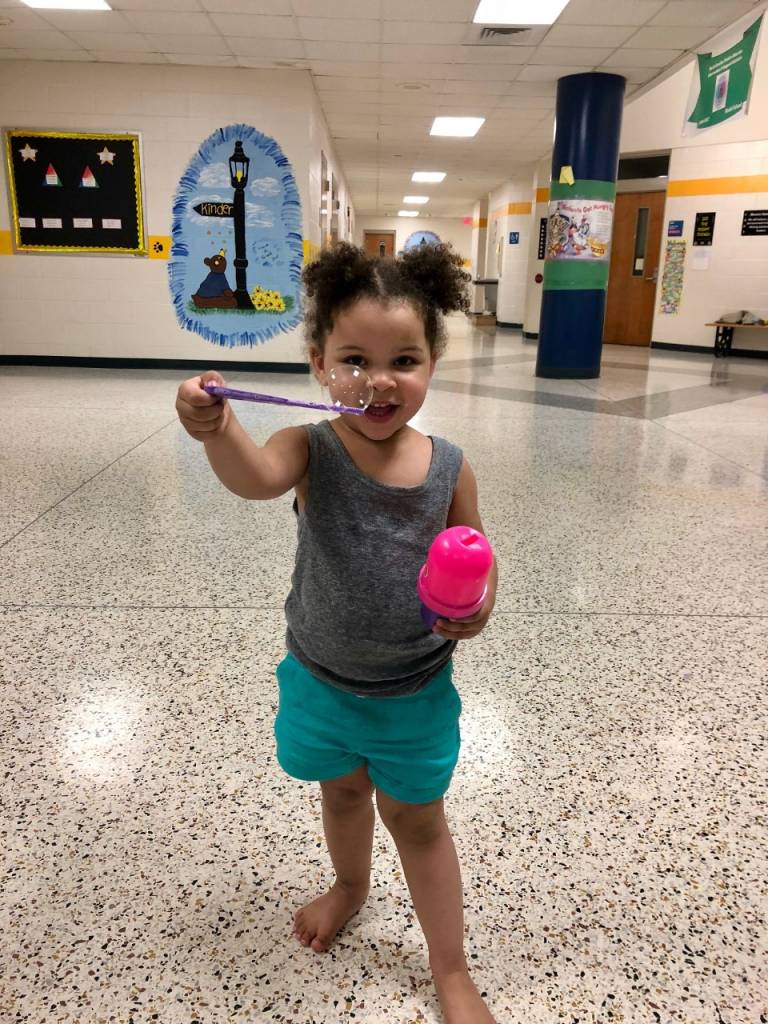 Abby is two years old. She’s energetic, positive and a lot of fun ­­-- the perfect way to be when you’re in an evacuation shelter. Photo by Stephen Walsh/American Red Cross

Jada McMillan and her family arrived at the American Red Cross shelter at West Mecklenburg High School, Charlotte, North Carolina, just hours before messages from her hometown of Wilmington stopped arriving. Her sister lives there, as does most of her family. She hadn’t heard anything from them because her family was one of the hundreds of thousands who lost power.

“I’m afraid to see the state of things. My family. I’m worried for their lives,” McMillan said. She came to Charlotte with a friend because she was worried about flooding and falling trees at her Wilmington home. McMillan, 26, had never stayed in a shelter before. “It’s more than I expected,” she said. “The people have been very nice.”

Two of the volunteers helping at this shelter included a mother-daughter team. Sixteen-year-old Erica Hughes is a new volunteer who was entertaining evacuated children in the school gymnasium. A junior at Phillip O’ Berry High School, Hughes said that she was motivated to help because “I see it all the time on TV. I wanted to see what it was like.”

Her mom Schmel Hughes is a nurse who first volunteered when her boss said the Red Cross needed medical assistance at local shelters. She wanted to give back, and for weary evacuees her smiling face and helping hands are a welcome relief. Together the mother and daughter say they feel great satisfaction supporting the community and bringing comfort to those in need.

Like most high school seniors, Greenville, North Carolina, native James Alligood is looking forward to graduation in the spring. The 18-year-old is excited about heading off to Wingate College next fall where he’ll study special education on a four-year academic scholarship.

Last week, Alligood spent almost five days working in an evacuation shelter in Greenville as a Red Cross volunteer. In the days leading up to, and following Hurricane Florence landfall, more than 150 people sought refuge at E.B. Aycock Middle School. “Most of the people there were from my community. I felt like the residents would like to see someone they know to ensure them that everything is going to be OK,” he said.

Community service hours are a prerequisite at J.H. Rose High School, which the senior attends. With Florence looming, James chose the Red Cross to complete his required service. “I blew through my required volunteer hours in one week,” he said proudly. “It feels like I’m doing something good for the community.”

The student holds down a couple of different part-time jobs where he works about 40 hours per week. He took a week off to volunteer because he felt the time after Florence would be the most hectic for the Red Cross. James quickly became a “go-to” volunteer for Cally Edwards, the Northeastern North Carolina Chapter executive director. He ran errands, set up and answered phones at the WITN disaster relief telethon. “He’s a real dynamo,” Cally said. “He’s a very impressive young man who gives his heart to help the Red Cross.”

A CASTLE FOR A LITTLE PRINCESS

Abby is two years old. She’s energetic, positive and a lot of fun ­­-- the perfect way to be when you’re in an evacuation shelter. The bubble-blowing toddler spent several nights at a Red Cross shelter at W.T. Brown Elementary School in Fayetteville, North Carolina, with her three older siblings and mother after they were evacuated ahead of Hurricane Florence. The family had been through this before, losing everything they had in Hurricane Matthew. This time, their Spring Lake home was spared. They help at the shelter whenever they can.

“Abby had the biggest personality of anyone in the shelter,” said volunteer Chelsey Griggs, who deployed from Minnesota’s Twin Cities chapter. “She would always come around the corner of the registration desk to say good morning to everybody.”

The toddler’s good vibes were rewarded when Griggs gathered a bunch of discarded cot boxes and built a kiddie castle for the delighted guest. It was a perfect way to help the pint-sized princess pass the time. After all, life in a shelter can be pretty boring for little ones who aren’t surrounded by the comforts of home. Her face lit up at the sight of the box castle. “Is that for me?” she asked.

Using plastic cups for the spires and filling the inside with a Red Cross blanket and toys, Griggs’ finishing touches were a tinfoil crown for the little girl and a sign that read “Red Cross Castle.” Even the local sheriff’s deputies got in on the fun, posing as guards in front of Abby’s castle door. “At one point she didn’t want to let anybody else in so we told her the castle is like the Red Cross,” said Griggs. “We let everybody in.” 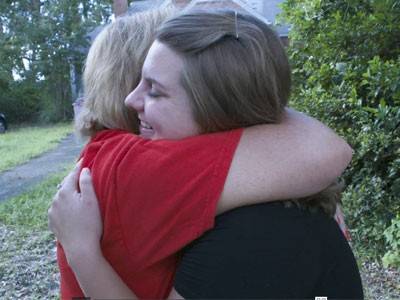 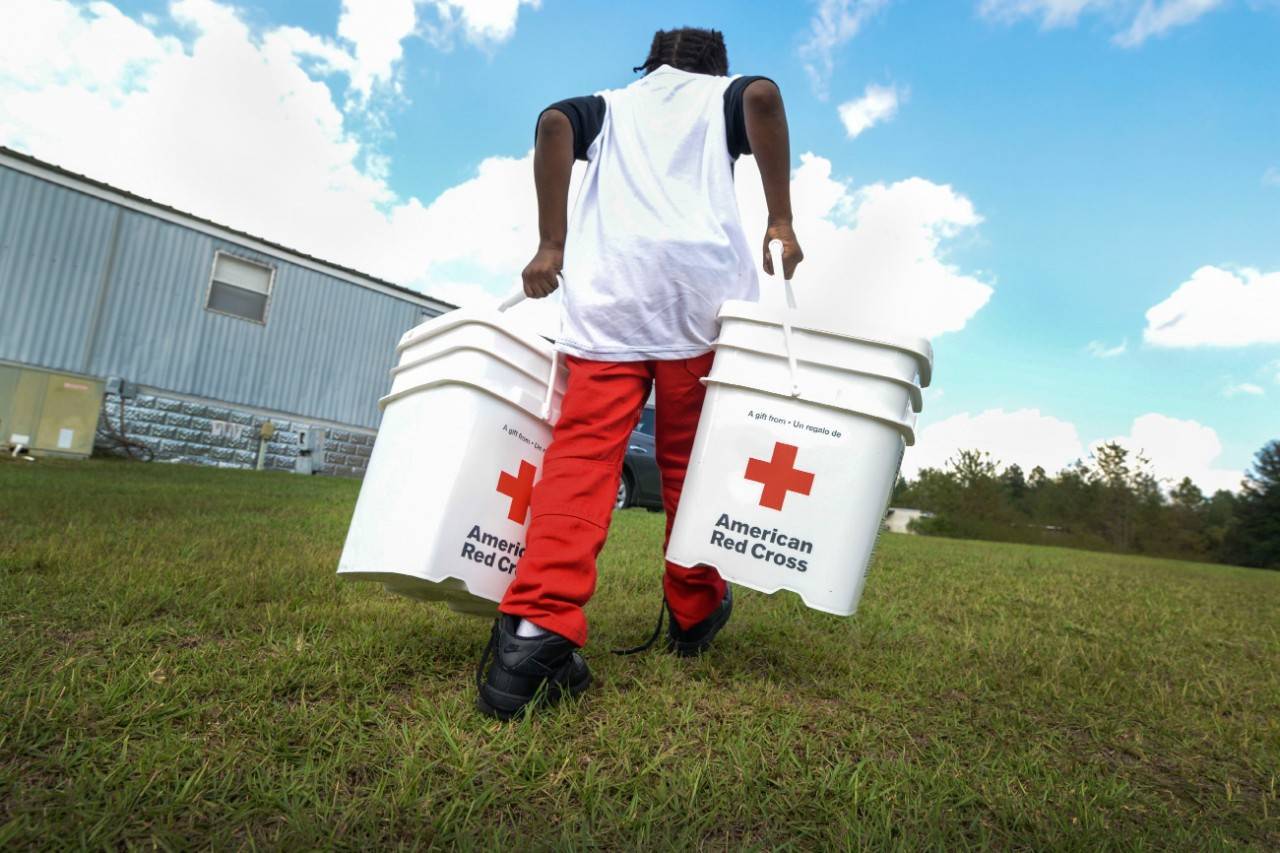 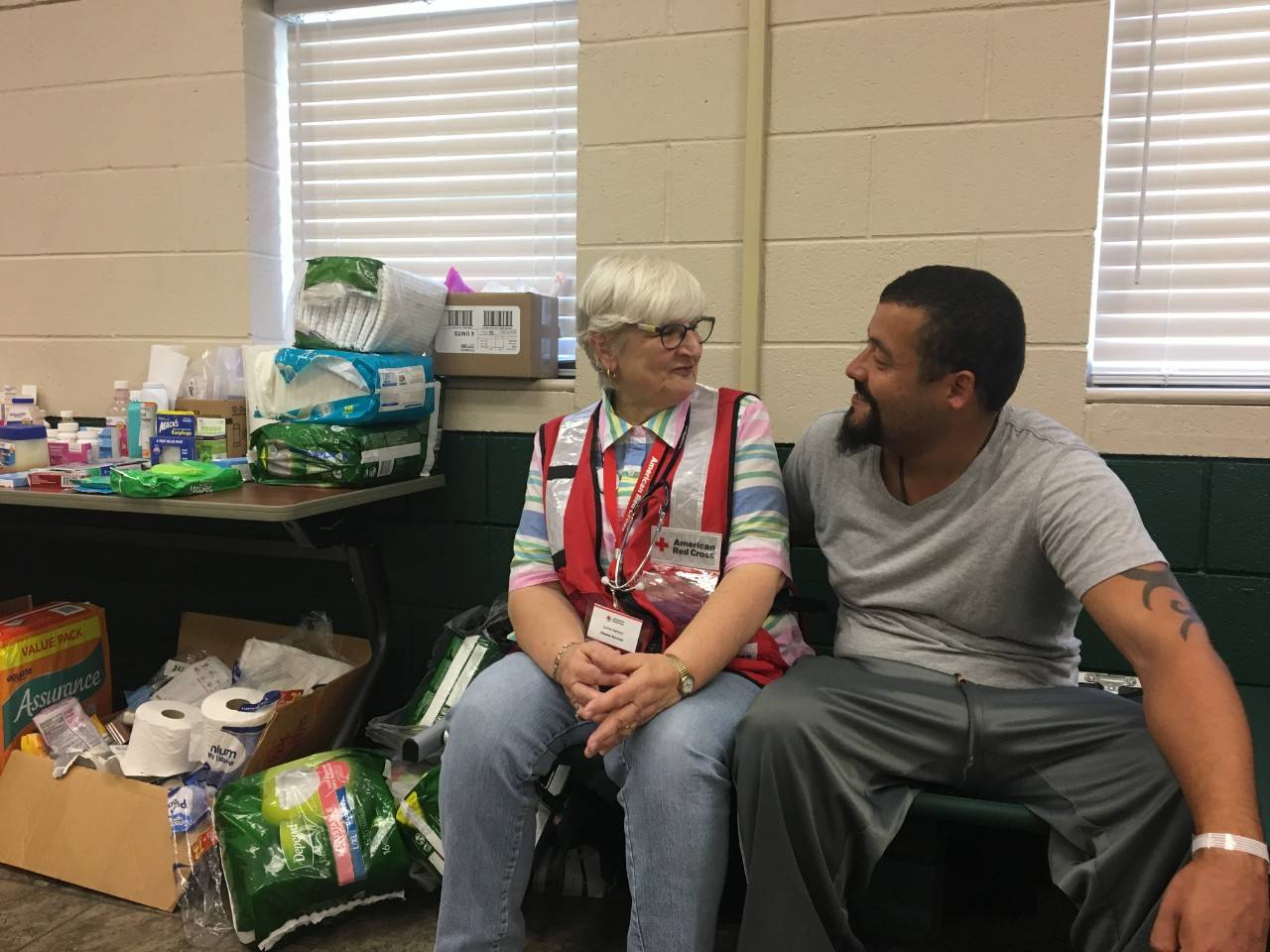 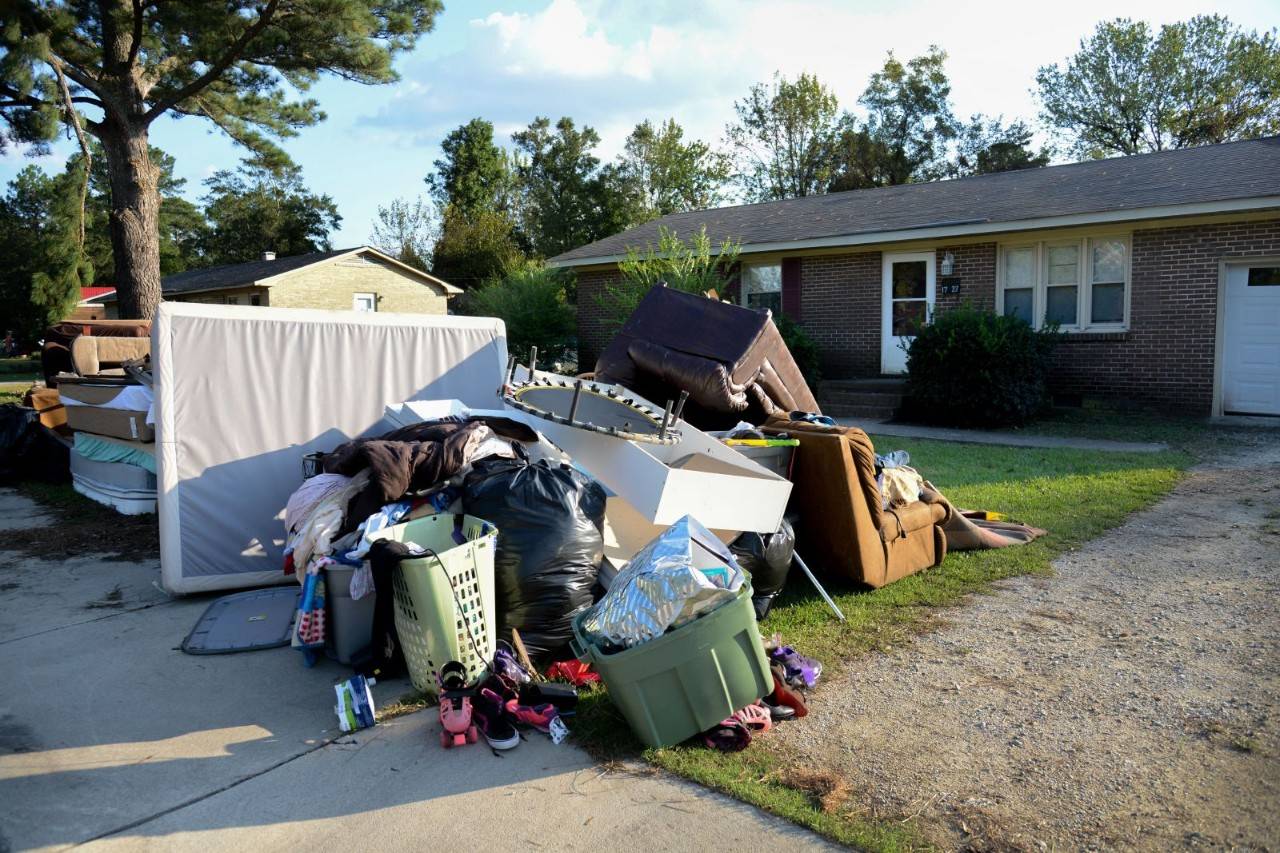