Indonesia: Lombok Struck by Second Earthquake in One Week

Indonesia: Lombok Struck by Second Earthquake in One Week 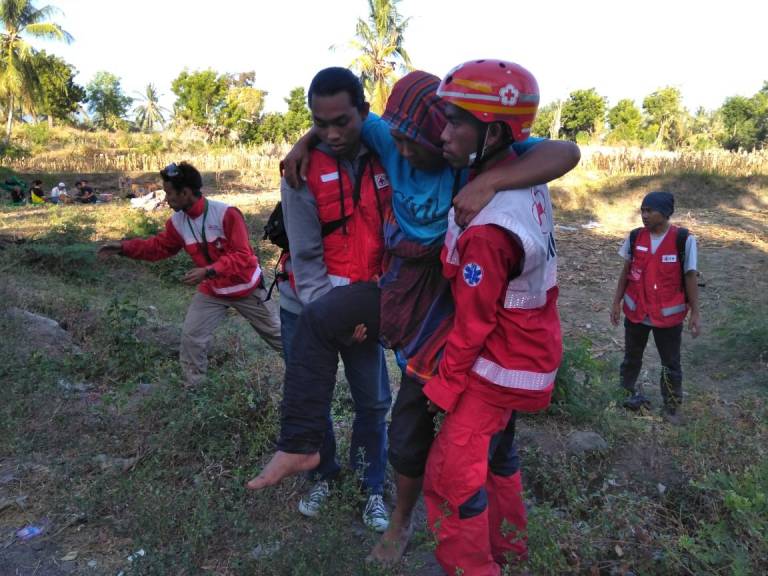 More than 100 Red Cross volunteers are active at the scene of the earthquake. Four volunteers were injured during the response and have been taken to the hospital. Photo: Indonesian Red Cross 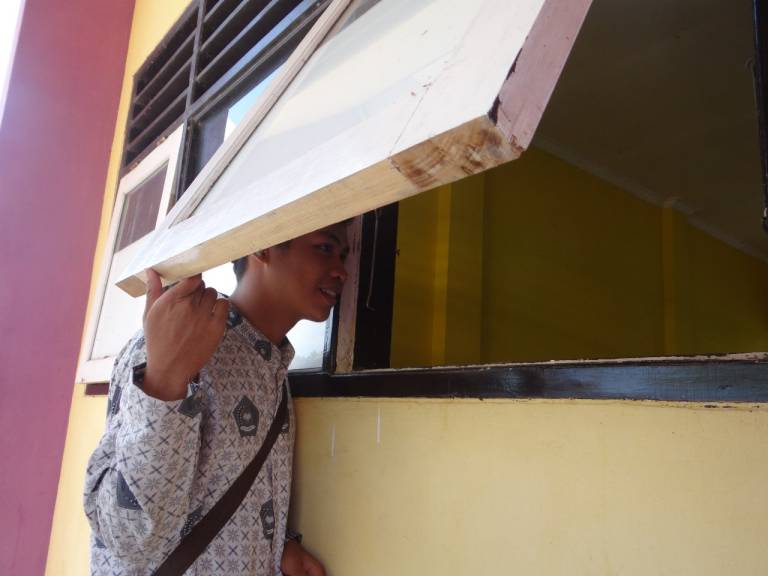 A teenager peers through a classroom window at an earthquake drill on the island of Lombok, Indonesia. The American Red Cross has worked in schools and communities on Lombok to prepare them for crises. Photo: Jenelle Eli / American Red Cross

Volunteers and staff from Indonesian Red Cross—locally known as Palang Merah Indonesia— have been supporting the survivors and helped evacuate people from damaged houses and coastal areas to avoid a possible tsunami. The tsunami alert was later cancelled.

The earthquake—which was also felt in nearby Bali and Surabaya—caused widespread panic. People ran from their houses and stayed the night on nearby roadsides to avoid sleeping indoors. Red Cross teams delivered first aid to injured people in the open air, distributed blankets to those sleeping outside, and provided comfort to families experiencing emotional distress from the back-to-back quakes.

More than 100 Red Cross volunteers are active at the scene of the disaster and an additional 140 on their way to help. Four volunteers suffered injuries during the earthquake response and have been taken to the hospital.

The earthquake cut power and communications in the area, so a full picture of the needs are still emerging. Some 132 aftershocks have been recorded in the area thus far.