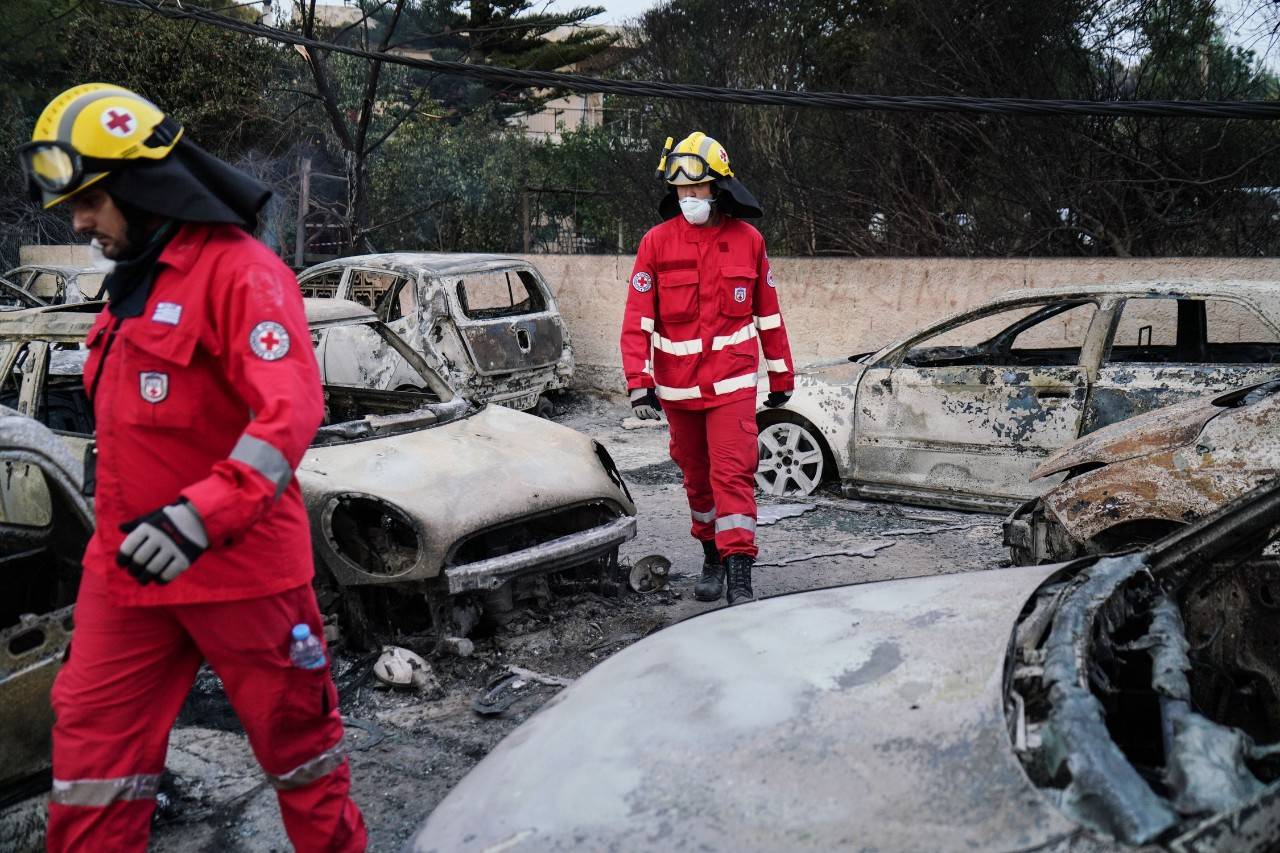 Red Cross teams in Greece are providing first aid and other relief to communities impacted by wildfires that have engulfed the outskirts of Athens and the seaside resort town of Mati. A huge search and rescue effort is underway as wildfires continue to rage.

More than 70 people are confirmed dead, with 200 injured and dozens still missing. These numbers are expected to rise.

A combination of extreme temperatures and high winds exacerbated the fires, which broke out in forested areas and spread quickly. Many of the people who lost their lives were reportedly attempting to escape and seek safety on beaches. The majority of fatalities were recorded in the holiday town of Mati in Rafina. The area is traditionally a tourist destination and many of the people affected were visitors predominantly from within Greece but also from overseas.

“Getting people to safety is the priority right now—our teams are treating the injured and working with the emergency services as part of search and rescue efforts. The situation is evolving, but what we do know is that many people have lost loved ones and have seen their homes completely destroyed,” said Sofia Malmqvist of the International Federation of Red Cross and Red Crescent Societies (IFRC) in Athens.

Many people have lost contact with loved ones as a result of the fires. Being unable to speak to family or friends is causing anxiety and stress for people. The Hellenic Red Cross is working to reconnect people.

This is an ongoing emergency – while the situation is more stable than 24 hours ago, fires are still burning in some areas and the situation remains volatile. The risk for more fires continues due to changing winds and high temperatures. Emergency teams are also responding to blazes in the municipalities of Nea Makri, Rafina, and Megara.