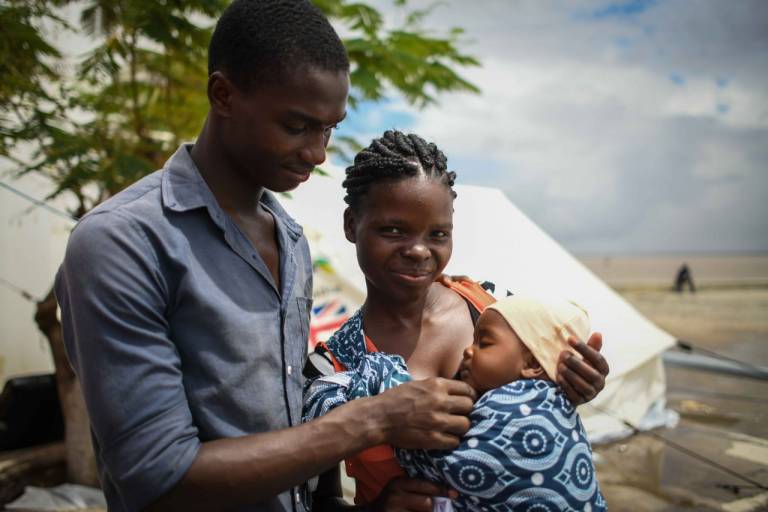 Louis and Isabelle hold their four-month old baby boy Cefas. They weathered the cyclone when it hit Biera one week ago, but their home and belongings were damaged. "The most valuable thing I lost was my books," said Luis, a student at the local university. "But we are grateful that we are safe. We are alive and that's what is important.” Photo: Corrie Butler/IFRC 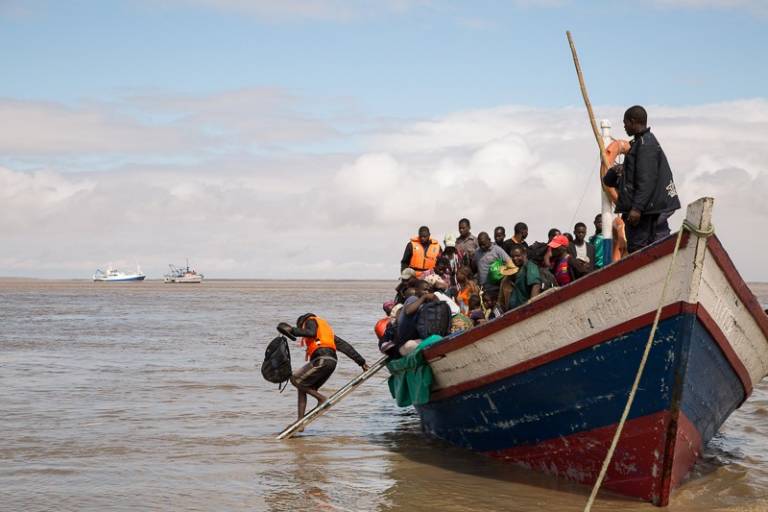 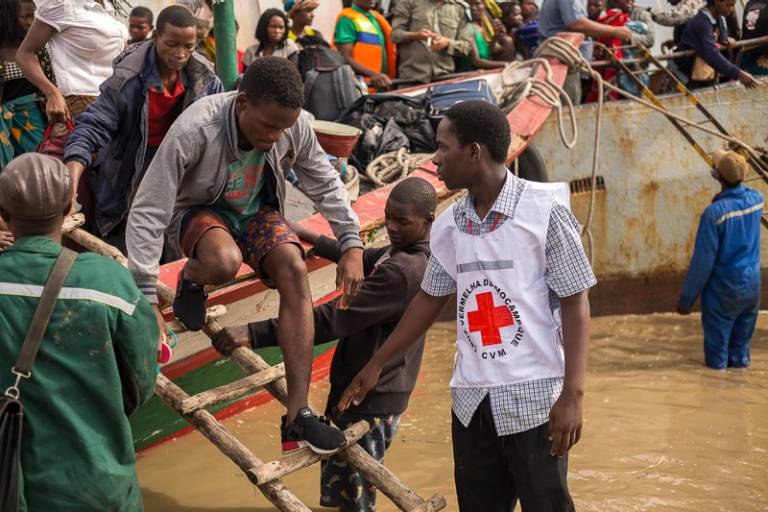 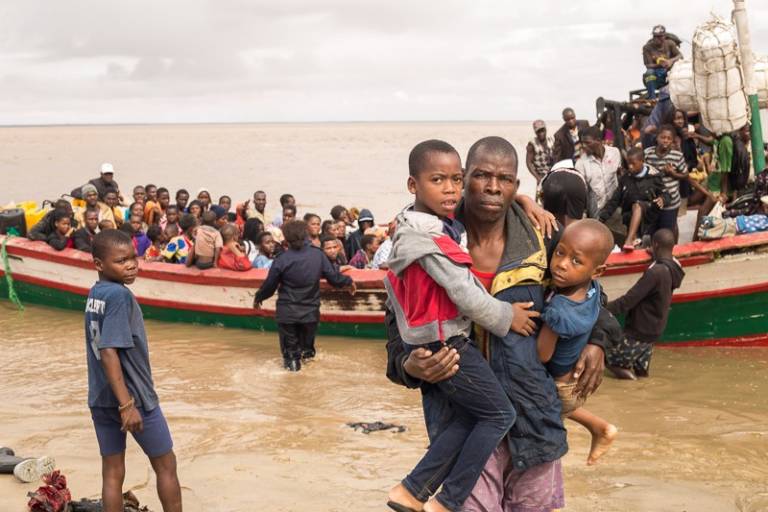 Flooding has forced an estimated 483,000 from their homes in Mozambique—which suffered its worst humanitarian crisis in decades when Cyclone Idai made landfall March 14-15. Search and rescue efforts continue, but Red Cross and Red Crescent teams have shifted their focus to supporting people hardest hit by the storm.

Many families have lost everything.

Thousands of people rescued by boat and helicopter have been brought to evacuation centers where Red Cross volunteers are distributing basic first aid and relief supplies. Items are being delivered via airdrop to areas inaccessible by road. With health infrastructure damaged or completely destroyed, two Red Cross field hospitals are on route to offer urgently-needed medical care.

Mozambique Red Cross teams have provided shelter supplies like tarps and blankets to more than 3,000 people in the major city, Beira, and a shipment of aid including kitchen supplies kits, sleeping mats, and water purification tablets for an additional 37,000 people is arriving this week. As the water recedes, people are beginning to return home as large-scale humanitarian relief efforts continue to scale up.

Access and communication in the worst-hit areas remains difficult. Authorities report that at least 1,000 people are feared dead and more than 1,000 have been injured.

The international Red Cross and Red Crescent team was among the first to arrive in Beira after cyclone’s landfall. With Beira’s airport closed and roads cut off due to flooding, the team drove from Maputo, the capital city, before taking a helicopter for the last leg of the journey. Jamie LeSueur, who is leading the International Federation of Red Cross and Red Crescent Societies (IFRC) assessment team in Beira, estimated that 90 per cent of the area is completely destroyed.

“The scale of this crisis is staggering. But we can’t forget that it is an intimate and human crisis. Children have lost parents. Communities have lost schools and clinics. Tragically, we know that the full picture of this disaster is probably even worse than it seems now. The death toll will probably rise further as more and more areas are reached and as more and more bodies are recovered,” remarked IFRC’s Secretary General, Elhadj As Sy, after his trip to the area.

In addition to the deployments, American Red Cross is contributing $450,000 to support efforts of the wider global Red Cross and Red Crescent network in Mozambique.

More Lifesaving Help on its Way

Health risks rise dramatically in the aftermath of disasters—with the very real threat of outbreaks of waterborne diseases like hepatitis and cholera. Today, the first of two Red Cross and Red Crescent Emergency Response Units—one that can provide sanitation for 20,000 people—will become fully operational in Beira. Later this week, another arrives that can produce clean water for 15,000 people per day. Two Red Cross field hospitals are on route to Mozambique. The hospitals have the ability to provide basic medical services, surgery, obstetrics and inpatient care for a population of up to 250,000 people.

Thus far, more than 200 families have contacted the International Committee of Red Cross (ICRC) for assistance with family reunification. Families looking for loved ones can visit https://familylinks.icrc.org/cyclone-idai.