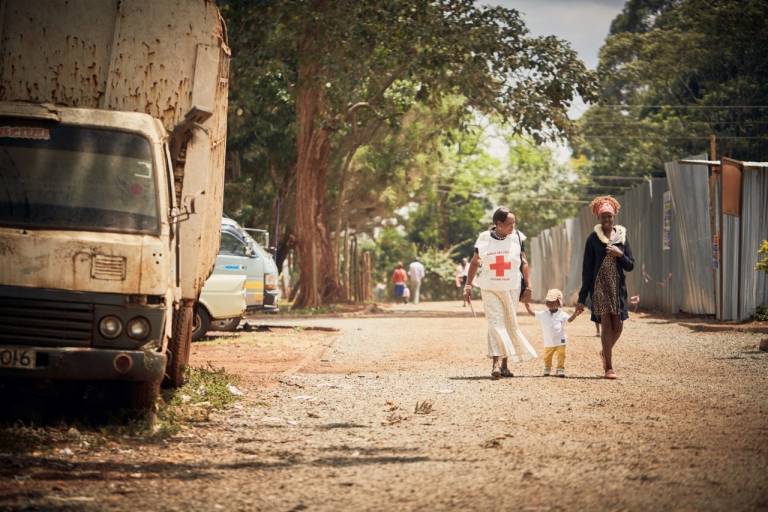 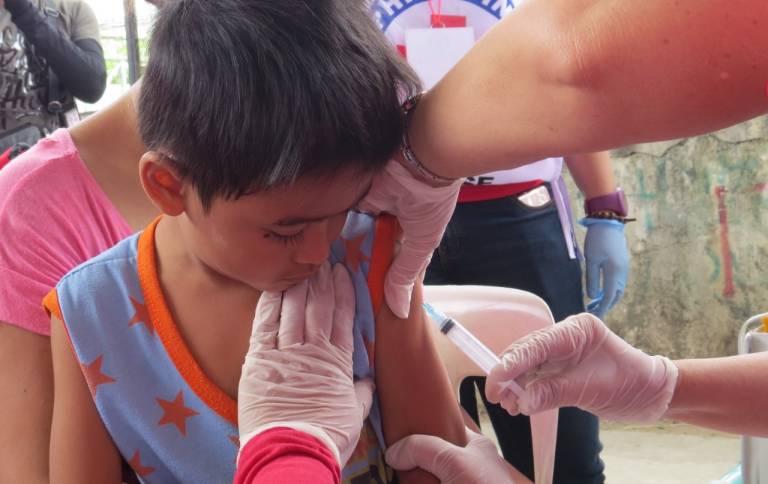 A child gets vaccinated in the Philippines. In the first two months of this year, more than 16,000 measles cases were reported to the Philippines’ Ministry of Health, alongside 261 deaths. 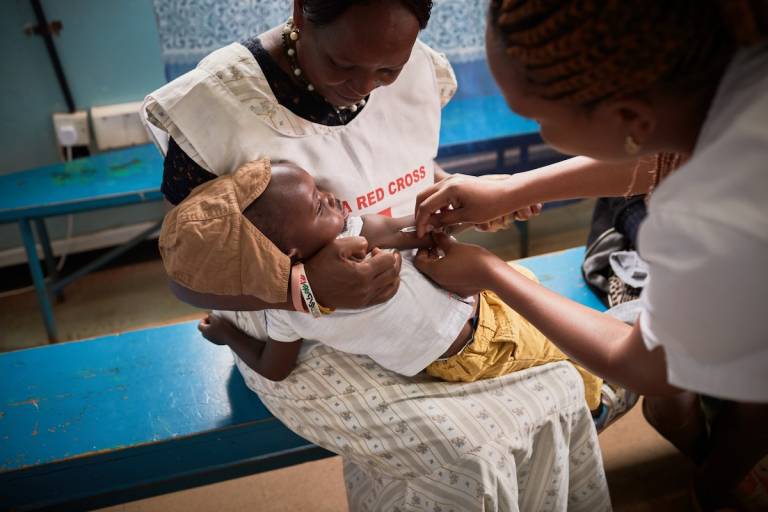 A health worker administers a measles-rubella vaccine to Prince Osinachi. Kenya Red Cross volunteer Felista Mbunya visited his family to encourage them to vaccinate Prince in 2018.

Measles is again rearing its ugly head in the United States, despite being eliminated in the Americas for almost two decades. Globally, the disease takes the lives of hundreds of children every single day.

The American Red Cross is fighting back against the disease as part of the Measles & Rubella Initiative—a cooperative effort with the U.S. Centers for Disease Control and Prevention (CDC), United Nations Foundation, UNICEF, and the World Health Organization. Since 2001, the team has vaccinated over 2 billion children and prevented approximately 20.3 million measles-related deaths, but the battle is far from over.

Measles is a threat to the global population. Despite the United States eliminating the disease domestically in 2000, outbreaks continue to occur each year due to importation of the virus by global travelers. International eradication is the only solution.

What is the Red Cross doing?

Gail McGovern, president and CEO of the American Red Cross and Kathy Calvin, president and CEO of the United Nations Foundation wrote in a 2019 op-ed, “As the disease surges to its highest levels in more than a decade, it's imperative that we all come together to stop the world from backsliding any further— and that means ensuring everyone gets vaccinated. Unless we act—and fast—more people will get the virus and die. And many of the victims will be children.”

Ukraine has some of the lowest vaccination rates at only 54 percent and is experiencing the largest European outbreak since 2015, affecting over 75,000 people. Ukrainian Red Cross volunteers were deployed to contain the 21,000 registered cases in 2019 and to increase vaccinations.

“It is hard to believe that children are dying of measles in Europe in 2019,” remarked Simon Missiri of the International Federation of Red Cross and Red Crescent Societies (IFRC). “This disease is almost completely preventable. Red Cross workers have an important role in helping communities understand the importance of vaccines, and in answering concerns that are increasingly prevalent in many countries.”

A Philippine Red Cross team’s actions reflect the severity of the crisis when they vaccinated an indigenous community (considered to be among the least vaccinated) in the dark of night, with only a car headlight to see. In the first two months of this year, more than 16,000 measles cases were reported to the Philippines’ Ministry of Health, alongside 261 deaths.

In Kenya, more than 1,000 Red Cross volunteers went door-to-door to identify children missing routine vaccinations and connect them with local health centers. They visited over 48,000 households and identified more than 4,000 children missing their vaccines.

On March 2, approximately 1,000 Red Cross volunteers went door-to-door in partnership with the Benin Red Cross as part of the measles vaccination campaign that intends to visit over 445,000 households in 10 commune areas.

The American Red Cross continues to urge people to vaccinate their kids against the deadly yet preventable disease. According to the CDC:

How Can I Help?

It only costs $2 to vaccinate a child. To join the global flight, text PREVENT to 90999 to give $10 to the Red Cross and help us vaccinate children against measles. With just $10 you can save the lives of 5 children.