Bahamas: Hurricane Survivors Get Rent Help from the Red Cross

Bahamas: Hurricane Survivors Get Rent Help from the Red Cross 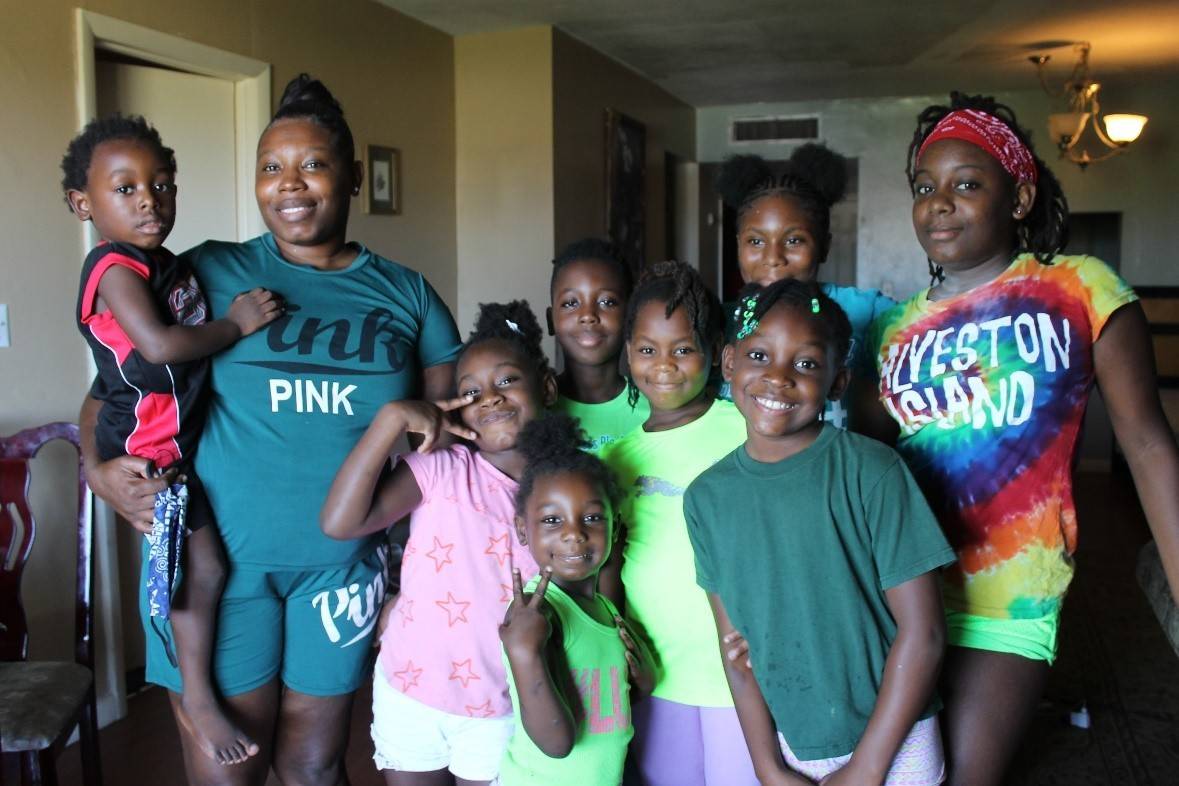 Nasha Munnings and her family received rental assistance from the Red Cross after Hurricane Dorian pounded the Bahamas in 2019. Photo by Holly Baker/American Red Cross

In September 2019, a powerful and destructive storm, Hurricane Dorian, slammed into the Bahamian islands. The most powerful hurricane in the Bahamas’ history, it severely damaged or destroyed homes—affecting thousands of people, like Stephon Rahming on the island of Grand Bahama.

During Hurricane Dorian’s slow pass over the islands, water flooded Rahming’s house as he watched from a small space he had climbed to in the rafters of his home. For three days he waited, watching as the storm soaked everything—leaving his house destroyed by water.

The American Red Cross is supporting families in the Bahamas by giving assistance to people affected by Hurricane Dorian who still need alternative places to live. In the months following the storm, it was determined that many people’s homes were damaged to the point that they could not live in them unless major repairs were done.

Within months of the storm, the Red Cross began helping hundreds of families pay rent if their home was destroyed or being repaired by providing $700 a month for at least six months—with highly vulnerable families receiving assistance for nine months. The Red Cross distributed nearly $1 million in rental assistance with the majority of funds coming from donations provided by the American people.

Residents of the Bahamas who experienced Dorian were suddenly faced with many challenges from finding a new place to live, repairing their home, jobs and businesses being closed and the overall stress of such a devastating storm. Having one less bill to pay often gave them a bit of relief so they could focus on other impacted parts of their life while having a reliable place to live and sleep.

Rahming’s son had just started college in Texas when Dorian hit, and he says the financial burdens of repairing his home were even more significant with the added college bills. But the extra help from the Red Cross made it a little easier and helped stretch his money toward other things.

“Rental Assistance gave me breathing space to restart my livelihood,” he said. He added that rental assistance not only helped him with shelter, but it allowed him to focus on other parts of his life and prioritize the repair of his house. He says thanks to the Red Cross, his family will be home again soon.

For Grand Bahama resident Nasha Munnings, rental assistance from the Red Cross allowed three of her children the time to grieve the loss of their father—who was killed in the storm. While dealing with the grief of a lost loved one, Nasha’s home was also ruined when Dorian ripped off a sliding door and left it full of mold.

“Even though we were on the third floor, everything was wet,” she said. While her home is being repaired, Munnings also received money from the Red Cross for her rent in her temporary apartment, giving her family a safe, comfortable place to live and sleep each night. “Meeting rent and facing bills is hectic, sometimes there just isn’t enough but we just try to make it,” but she says the extra help from the Red Cross is going a long way.

“The Red Cross really helped me to revive myself when I thought all was lost and they were able to lift up my spirits even when I was down. They actually helped me not to fall into a depression. They were there for me to not only provide food items and rental assistance, they were there for me to talk and keep my spirits up and a smile on my kids,” Munnings said. “The rental program gave me enough time to be able to get back on track and it’s one less thing I had to worry about, knowing the rent was going to be paid...it helped my heart to be at ease.”

Hurricane Dorian forced families to say goodbye to many material things as it washed away homes, cars and belongings. This was especially difficult for Annamae Delva, who had been living in her Grand Bahama home for 34 years with her husband and two daughters. She was proud it had withstood past hurricanes like Francis and Jane, but it folded against Dorian.

“It destroyed my home, a home we built out of our own pockets,” she reflected. The difficulties were great, and she says her husband suffered a stroke in the time since Hurricane Dorian.

With nowhere else to live, Delva moved her family into her sister’s home which—while it was full of love and family— became too crowded and could not be a long-term solution. It was then that she was also selected to receive financial assistance for rent from the Red Cross and gave her the means to rent a new home for her family while they continued taking the steps to rebuild other aspects of their lives.

“I had a very good life and living conditions before Hurricane Dorian, but the hurricane threw me onto the streets,” she said. “Though my sister was very supportive, I did not want to bother her, and also I wanted to have my own place, but I had no means. Thanks to the Red Cross, with this rental support I was able to find a place of my choice.”

In the months since Dorian, many people have been able to repair their houses and are looking forward to moving back home.

American Red Cross in the Bahamas

The American Red Cross has been working in The Bahamas since Hurricane Dorian hit in September 2019, supporting the Bahamas Red Cross and the global network of Red Cross and Red Crescent network to distribute emergency relief items, food, water, and millions of dollars in cash--in addition to repair work and rental assistance to people affected. Thanks to the amazing generosity of the American public, the Red Cross is able to continue providing critical support to families still working to overcome the intense challenges presented by a hurricane. In the midst of the COVID-19 outbreak, the Red Cross continues to keep safety the main priority and is adapting our programs and efforts to follow all health guidelines while still delivering our mission. For more information on Hurricane Dorian recovery, visit www.redcross.org/dorian.