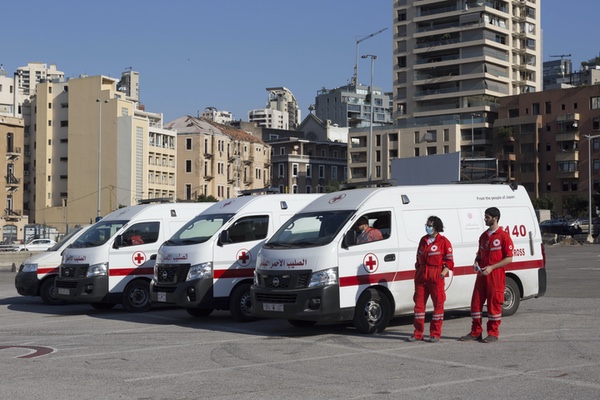 Volunteers from the Lebanese Red Cross stand next to the Red Cross' vehicles parked inside a parking lot in the Martyrs' Square in downtown Beirut, Lebanon. Dalia Khamissy/British Red Cross. 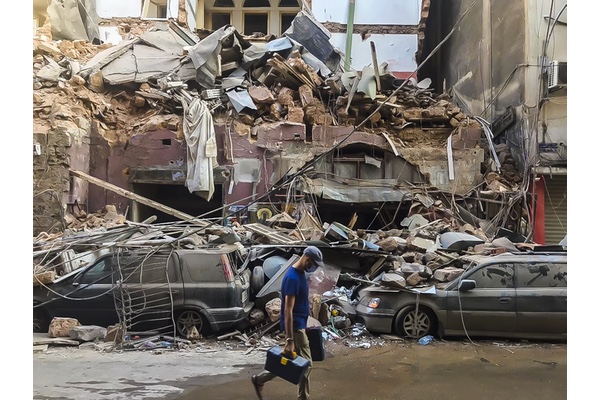 A man walks past part of the explosion site at Beirut's port, Lebanon, earlier this week. Dalia Khamissy/British Red Cross 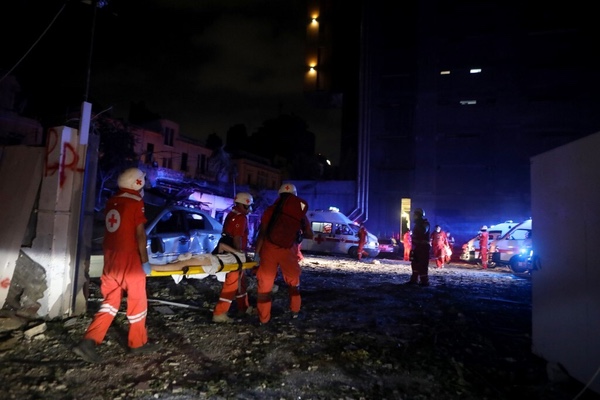 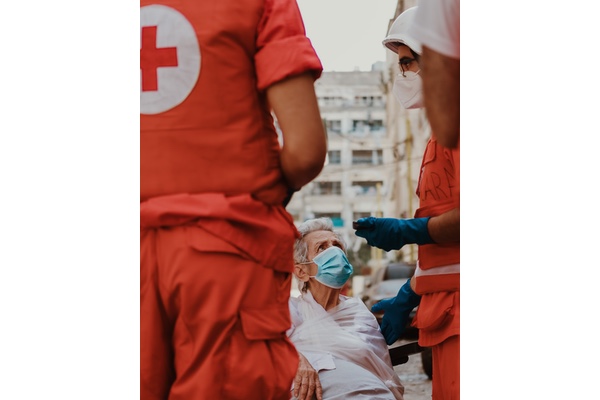 The capital city of Lebanon, Beirut, has been devastated by an enormous explosion on August 4. Reports say more than 100 people have been killed and 4,000 are injured. Many are still missing. Nassif Haber Photo. 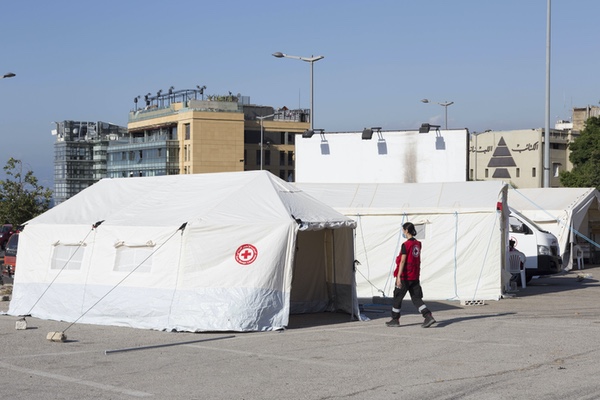 A volunteer from the Lebanese Red Cross enters one of the Red Cross' tents that set up after the Beirut explosion inside a parking lot in the Martyrs' Square in downtown Beirut, Lebanon. Dalia Khamissy/British Red Cross. 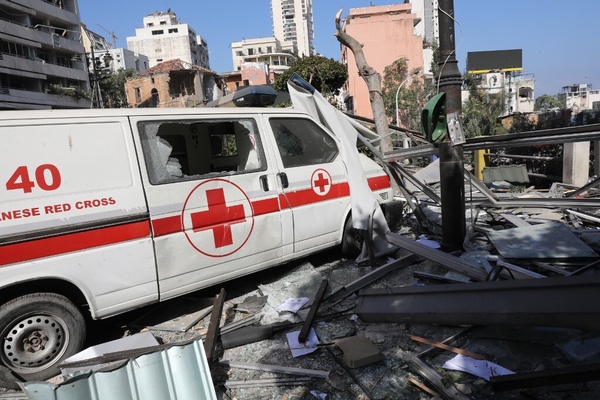 The Lebanese Red Cross continues to search for survivors amid the rubble. Agence France-Presse. 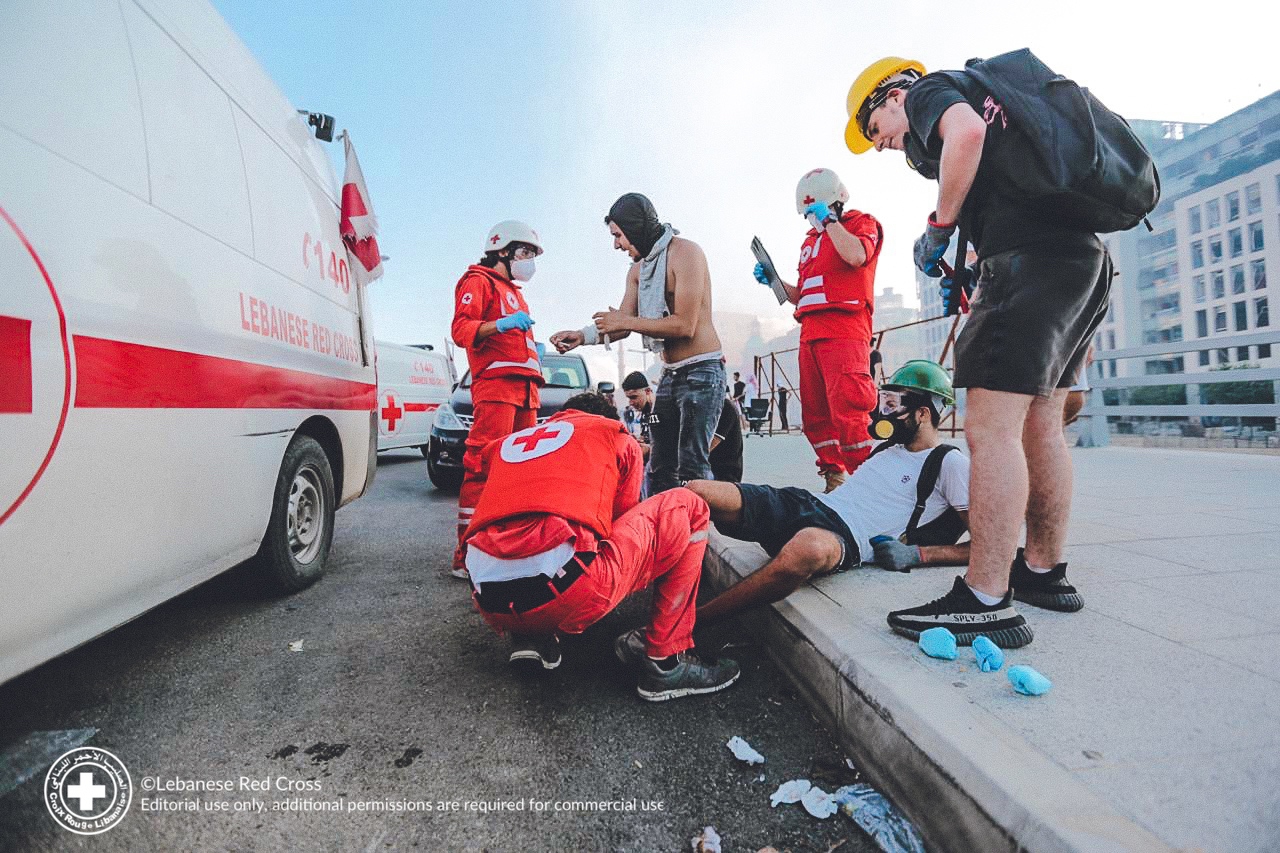 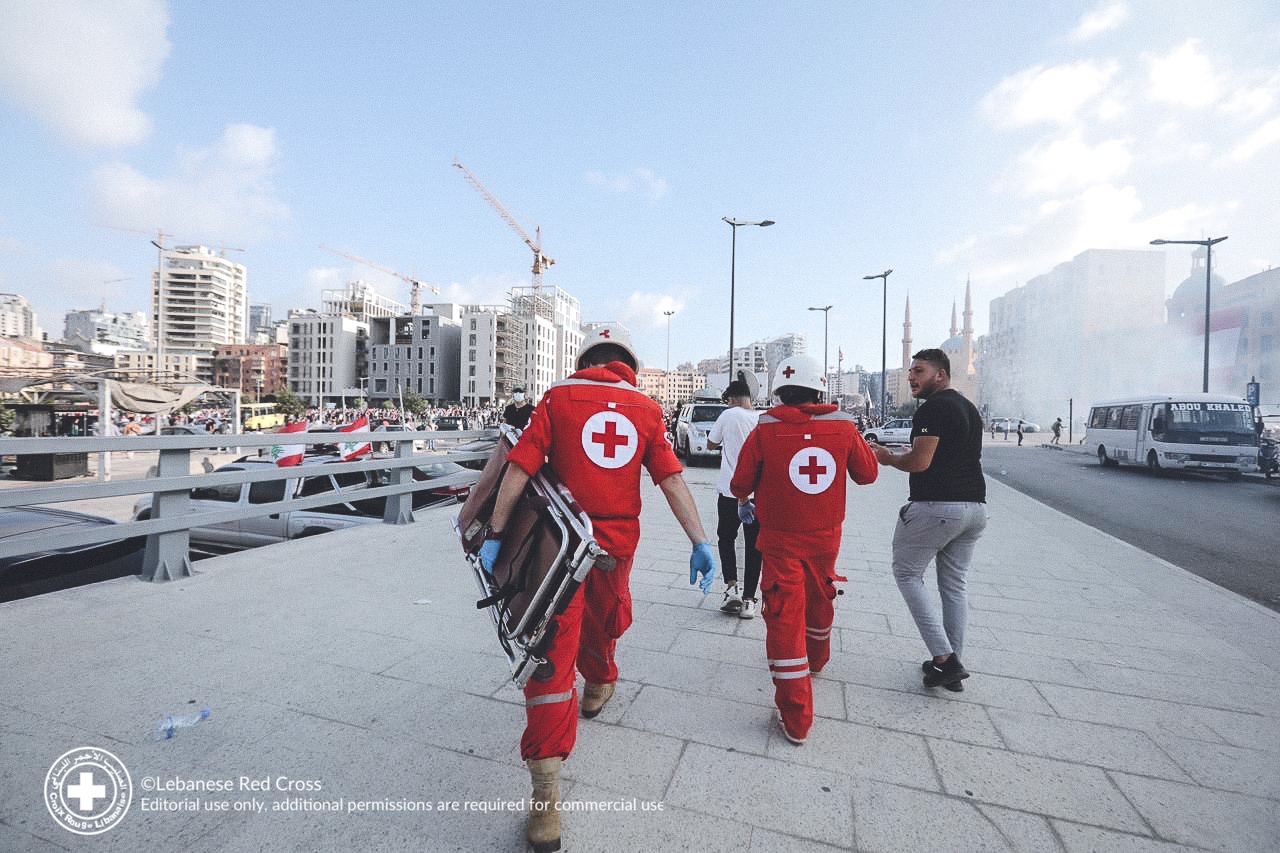 The Lebanese Red Cross has deployed Emergency Medical Teams and its country-wide fleet of 125 ambulances to the site of the explosion, rescuing the injured.

Two months ago, enormous blasts in Lebanon shook the capital of Beirut. The impact was intense, rippling through several areas of the capital and could be heard 149 miles away on the island of Cyprus. According to the Government of Lebanon, the explosion was due to large amounts of ammonium nitrate being stored in warehouses. Today, there is still significant damage to the city’s infrastructure, affecting homes and businesses, leaving some still homeless and without a way to make a living. The explosion has exacerbated COVID-19 complications already felt by the Lebanese population.

Immediately after the explosion, the Lebanese Red Cross responded to urgent lifesaving needs on the ground. Teams rescued and provided first aid to wounded persons and lifesaving blood. They distributed food, water, masks and other essentials to more than 80,000 people. To meet emotional support needs, trained team members provided crisis counseling to over 5,700 people.

Today, the focus has shifted from saving lives to helping people who were affected recover. The Lebanese Red Cross visited as many as 27,000 affected families to better understand their needs. According to one mother, “What we need most is assistance to work, build and restore. This is what we want. Sadly, I do not have the financial means to restore the house.” Many people have lost so much including damage to their homes and loss of all essentials and personal items.

The American Red Cross has contributed over $764,000 to support the needs of people impacted by the blasts in Lebanon. The funds have helped the global Red Cross and Red Crescent network to meet the urgent needs of the most vulnerable affected by the explosion.