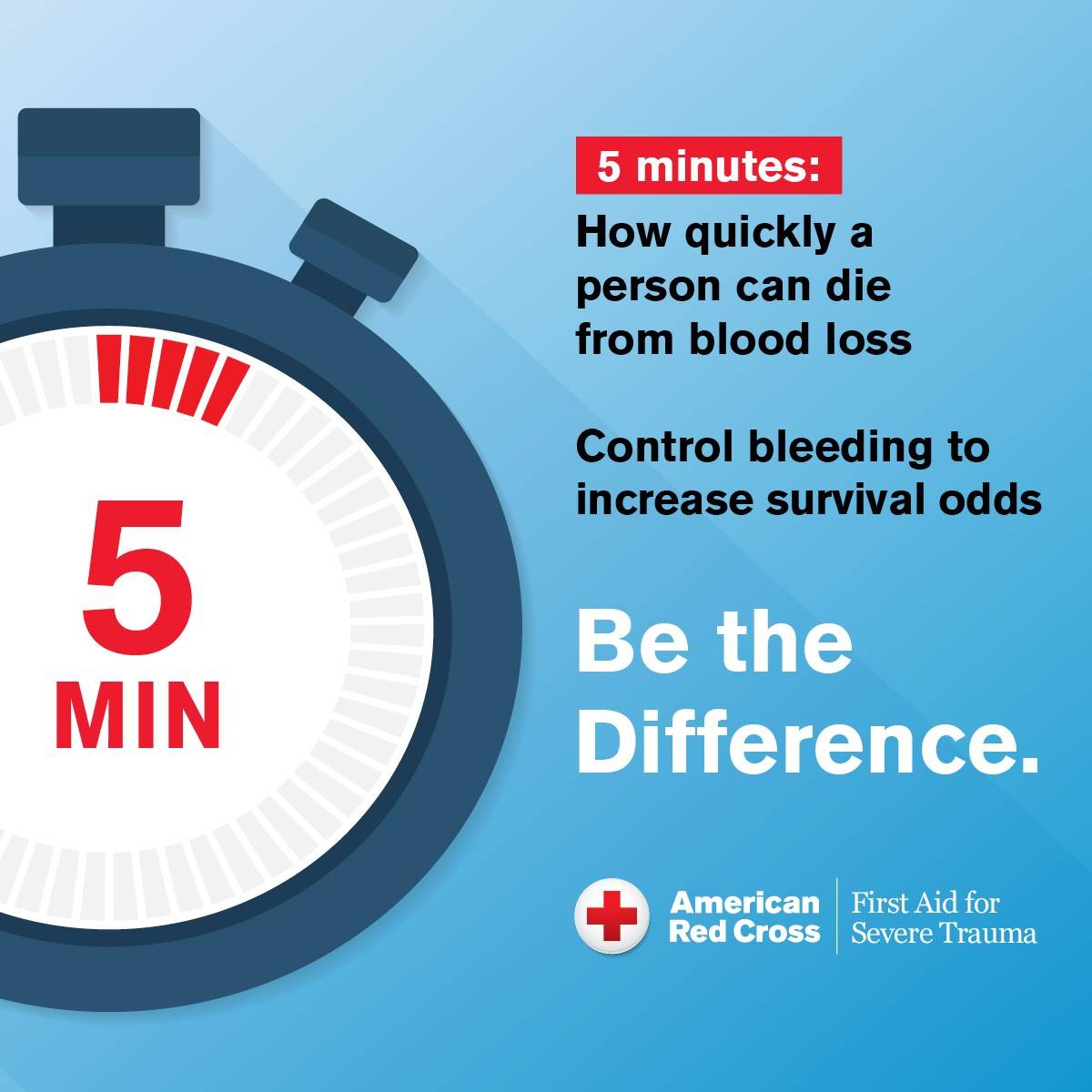 Recently, Vivian Goolsby, age seven, successfully demonstrated how to use a tourniquet to a group of emergency preparedness experts. She did it to show that bleeding control skills are simple enough for even a grade school student to master.

How did a seven-year-old gain the knowledge to master a tourniquet? The story is instructive, especially coming on National Stop the Bleed Day (May 20), an annual observance calling on people to be trained in bleeding control.

It starts with her father, Craig Goolsby, MD, a member of the American Red Cross Scientific Advisory Council. Dr. Goolsby is a professor and the science director for the National Center for Disaster Medicine & Public Health, a part of Uniformed Services University.

Dr. Goolsby served two tours of duty in Iraq with the Air Force caring for wounded warriors. “I was impressed that we were able to save so many warriors suffering from significant bleeding injuries in an austere war zone. One of the reasons for this was the lifesaving treatments applied by soldiers immediately on the battlefield. These were simple actions with inexpensive supplies – tourniquets and direct pressure. This battlefield response was critical. We had a lot of capability at the Balad Air Base’s hospital, but the injured had to get to us alive. It was amazing to see that being done.”

After his tours, Dr. Goolsby returned to teach military and emergency medicine at Uniformed Services University. Soon after, he became involved with the federal working group creating the Stop the Bleed campaign which had a goal of teaching these battlefield medical techniques to the American public. The Stop the Bleed campaign launched in 2015 and included participation from the Red Cross.

Now Dr. Goolsby and the Red Cross are looking at other ways to build knowledge and skills about bleeding control. Dr. Goolsby’s observations of young adults taking lifesaving actions in Iraq to help fellow soldiers impressed him. He realized that high school students were very willing not only to learn but also to respond when emergencies happen.

He secured a grant from the Department of Homeland Security Science and Technology Directorate to fund a bleeding control course designed for high school students. He worked with the Red Cross to develop and distribute the course, which is called First Aid for Severe Trauma (FAST). The FAST course and digital materials will be available in August at no charge for high school students under the age of 19.

“It’s important to get these lessons out to people,” says Dr. Goolsby. “Anyone can learn simple skills like bleeding control with direct pressure and a tourniquet in a first aid course. The simple things you learn one day may be lifesaving the next.” 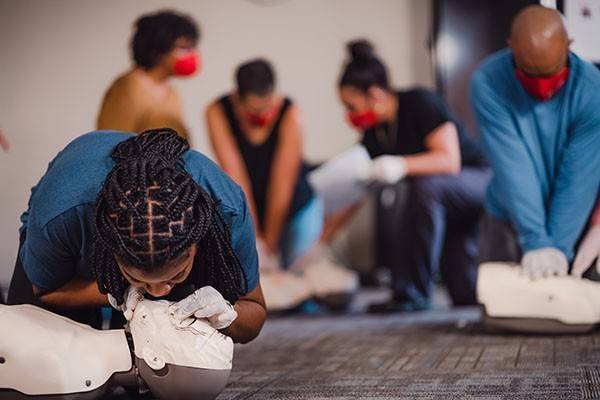 National Heart Month: Get Trained for the Moments that Matter
.type=article.p=1.f=service%3Atraining-and-certification
View All
Donate Now