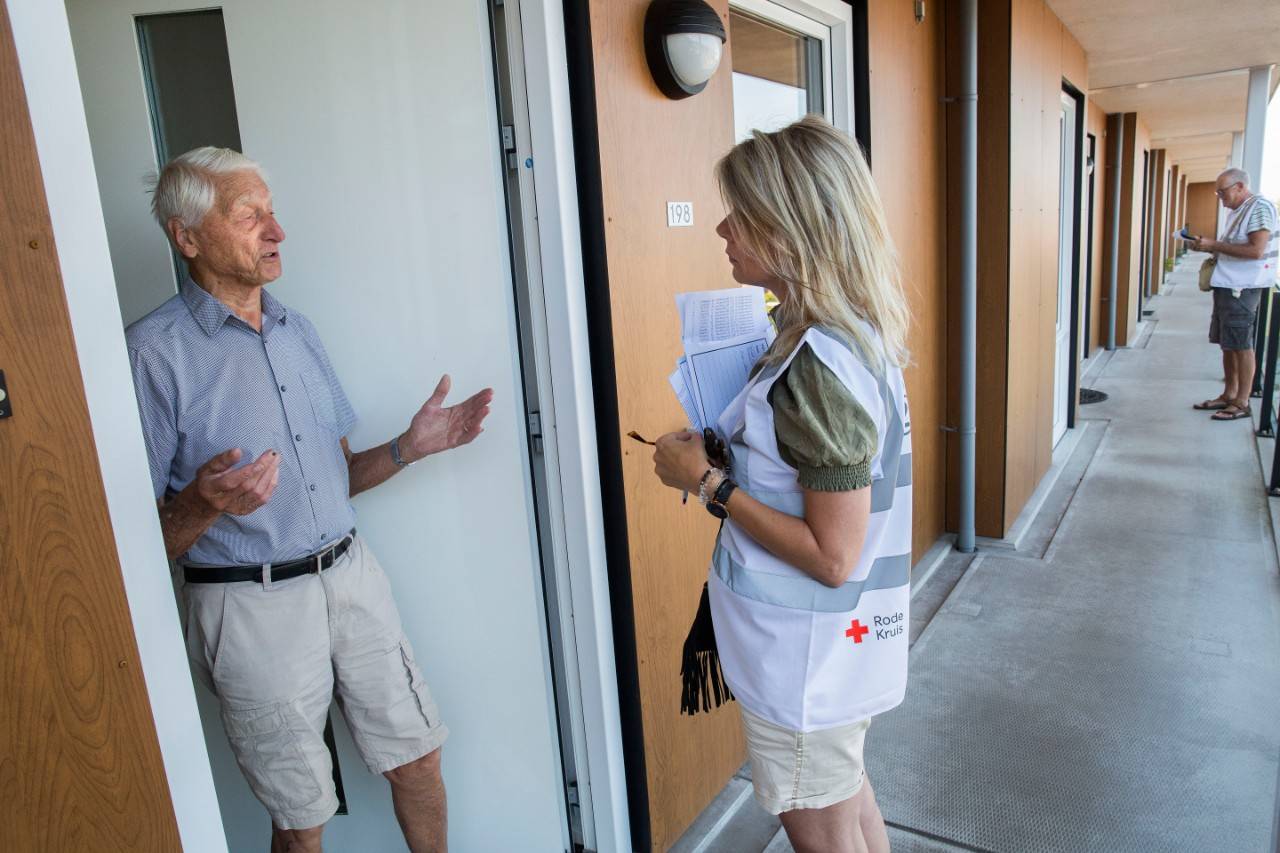 Extreme temperatures have spiraled countries into dangerous heat waves and wildfires across Europe. The International Federation of Red Cross and Red Crescent Societies (IFRC) urges cities and communities to prepare to avoid a further disaster.

Since May, Europe has been among the fastest “heat wave hot spots” in the world and forecasts show no signs of the heat ending. Many parts of western Europe are experiencing extreme temperatures and several countries are battling raging wildfires, impacting thousands of people.

Red Cross Societies Respond The United Kingdom made history this week with record high temperatures. Chris Davies, British Red Cross Head of Crisis and Emergency Response said: “These are unprecedented temperatures for the UK, and our changing climate means we expect more heatwaves in the future. Our teams are out responding, providing water to ambulance crews at hospitals, and checking on homeless people in temporary accommodation. Longer-term, we’re working with communities to help them understand how their neighborhoods are affected by heat and what action they can take.”

The British Red Cross has also been sharing information with vulnerable people on how to beat the heat, as well as advice on recognizing heat exhaustion and heat stress.

Staff and volunteers from National Red Cross and Red Crescent Societies across Europe are supporting communities preparing for and impacted by the heat waves. At the same time, teams are responding to the devastating wildfires brought on by the extreme heat.

Wildfires swept across parts of northern Morocco, injuring hundreds of people and displacing many others. Moroccan Red Crescent volunteers were rescuing and evacuating families and distributing food and medicine to both residents and firefighters.

The French Red Cross tweeted that forest fires continued to rage in France, especially in the south-west. Volunteer teams were working with emergency aid and rescue systems alongside holidaymakers and residents who were forced to evacuate to escape the flames.

Red Cross Red Crescent National Societies in Portugal, Spain, and Greece have also been on the ground assisting emergency services and displaced people in fire-affected regions and distributing advice on how to stay safe in the heat.

“Many have had to evacuate their homes with the few things they can carry," says Ana Jorge, president, Portuguese Red Cross. "Our medical teams are focused on ensuring people are getting to safety, providing critical health care to those suffering from burns and other injuries and providing them with a bed to sleep in and the necessities as they decide their next steps.”

In the past ten years, climate- and weather-related disasters have killed more than 400,000 people, affected 1.7 billion others and displaced an average of 25 million people each year world-wide. The people most at risk of heat waves include older people, children, pregnant women, and those with pre-existing health conditions. Heat waves have cascading impacts in other areas of society, such as reduced economic output, strained health systems and rolling power outages.

With heat waves becoming more likely around the world as the climate crisis worsens, more preparedness and early warning systems are required to reduce and manage the risks.

“People are not always aware of the dangers of heat. But when communities understand the risks and take simple measures to prepare for it, they can prevent unnecessary tragedies,” says van Aalst. “We urge cities and communities to prepare and take the necessary steps to save lives, now and in the long term.”