Across the Nation: Red Cross Deploys Record Number of Volunteers for Disaster Response

Across the Nation: Red Cross Deploys Record Number of Volunteers for Disaster Response 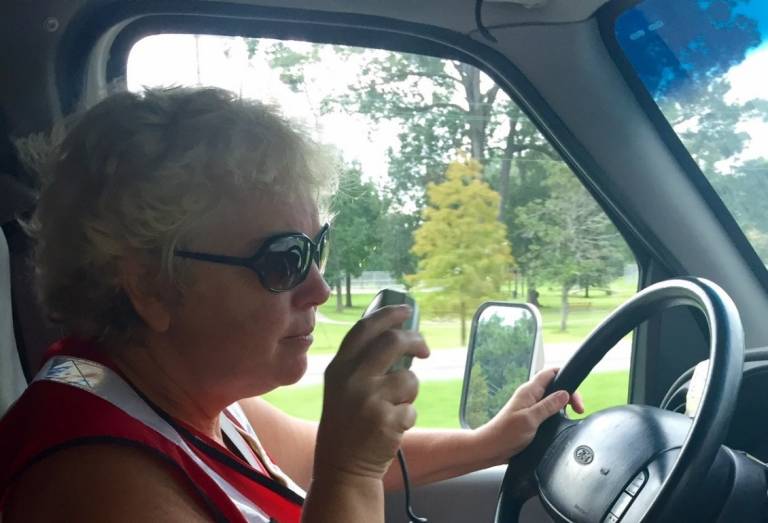 Linda Buser and her husband, Steve, are handing out hundreds of meals a day to people in need in and around Baton Rouge, Louisiana. Red Cross Photo 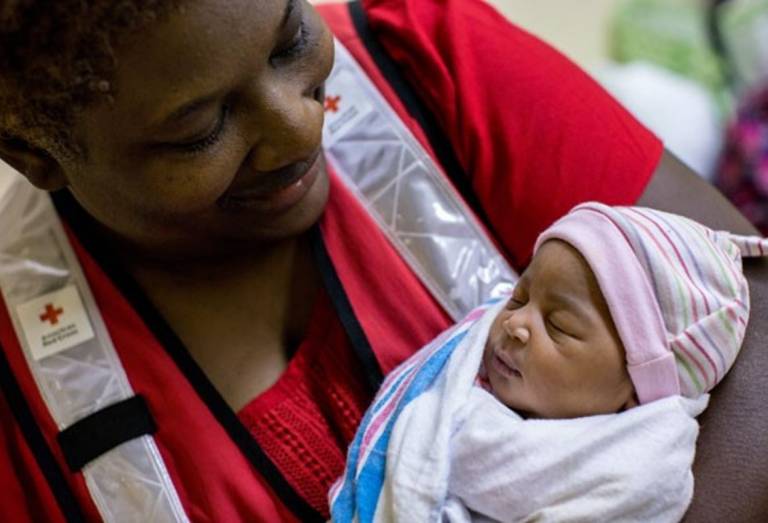 Latonya Knight, a Red Cross client caseworker, says volunteering is her passion as she holds an infant from Louisiana. Red Cross photo by Marko Kokic 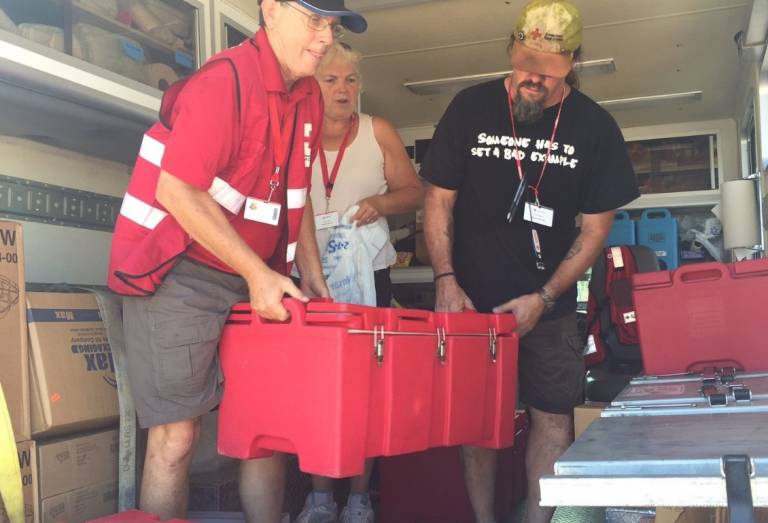 More than 2,900 Red Cross disaster volunteers are on the ground in Louisiana, helping the thousands of people impacted by the flooding. Red Cross Photo 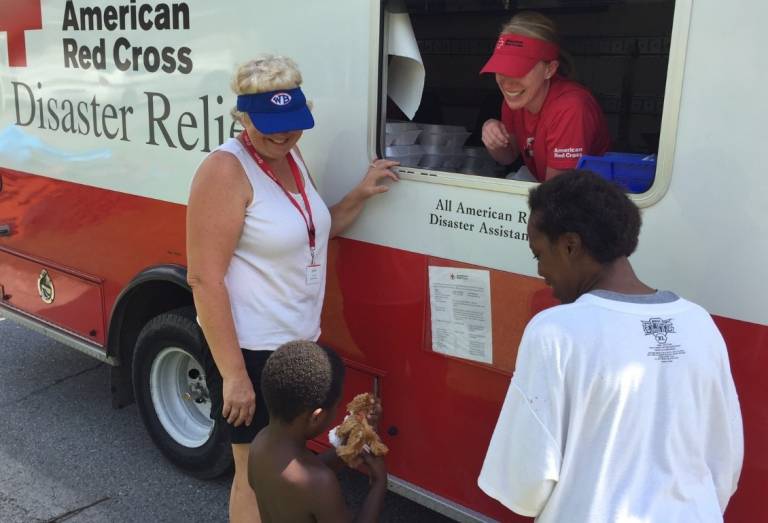 Almost 100 Red Cross emergency response vehicles like this one are manned by volunteers and traveling throughout flood-affected areas of Louisiana, delivering meals and relief supplies. Red Cross Photo

Some facts about the Red Cross and volunteers:

“Hot meals through American Red Cross!” Red Cross volunteer, Linda Buser, bellows the announcement across a CB radio. She and her husband, Steve, married 40 years, are in search of people affected by the flooding in Baton Rouge who need a warm meal or something to drink.

“Oh, that gentleman over there has four children. Let’s load up six meals,” Buser says aloud as she gathers lunches for the family.

On average, the retired couple is handing out 800 meals each day throughout their deployment to Louisiana with the American Red Cross. Their assignment - drive an “ERV”, one of almost 100 large emergency response vehicles, loaded with meals and iced beverages - and make deliveries to people in need.

“We feel blessed every time we go out,” beams Buser.

As much as she enjoys offering free meals, she tears up as she reveals her favorite items to offer families.

“We’re a Nanny and a Paw Paw, so we especially love to share stuffed animals with the kids,” Buser said.

The couple are just two of the more than 2,900 Americans volunteering to help with the Red Cross’ disaster response effort in Louisiana. Across the country, volunteers from all 50 states have dropped everything to deploy or virtually volunteer.

Nuhi Hazero signed up to volunteer with the Red Cross after growing up in Kosovo refugee camps and seeing the needs of people suffering. Hear his story.

Latonya Knight, a Red Cross client caseworker, says volunteering is her passion as she holds an infant from Louisiana.

Kieserman leads disaster operations for the Red Cross and says this is the largest response effort the organization has responded to since Superstorm Sandy hit the East Coast more than four years ago.

Kieserman says fiscal year 2017 (which started July 2016) is quickly becoming a banner year for the Red Cross when it comes to deploying volunteers to meet the needs of those affected by disasters.

To date, the Red Cross has deployed more than 6,300 volunteers in less than two months, two and half times the number called upon by this point in 2015. Plus, Kieserman is quick to point out that last year already required more than triple the number of volunteers than any of the preceding three years before that with more than 24,000 volunteers deployed.

“If we accept the premise that last year was off the charts, then I would expect an incredibly active, intense disaster year just based on current projections,” cautions Kieserman.

With tornadoes in Indiana, flooding in West Virginia, fires in California, and potentially challenging tropical storms off the southeastern part of the United States and more, Kieserman says the Red Cross has already responded to 50 disasters in less than two months, on track to top fiscal year 2016’s total of 175 disasters. And yes, those disasters of course mean that more volunteers are needed – every day.

James and Sherry Brown are among those tirelessly volunteering their time. The Missouri-based couple has even responded to flooding in their home state. Hear their story.

As for the Busers, this is now their fourth deployment in five months. Yet, they show no signs of slowing down.

“I just want people to know that the American Red Cross really, truly does care,” Mrs. Buser said. “I’m gonna cry, but it’s just that we’re all committed and trying to serve as many people as we possibly can to put a smile on your face.”