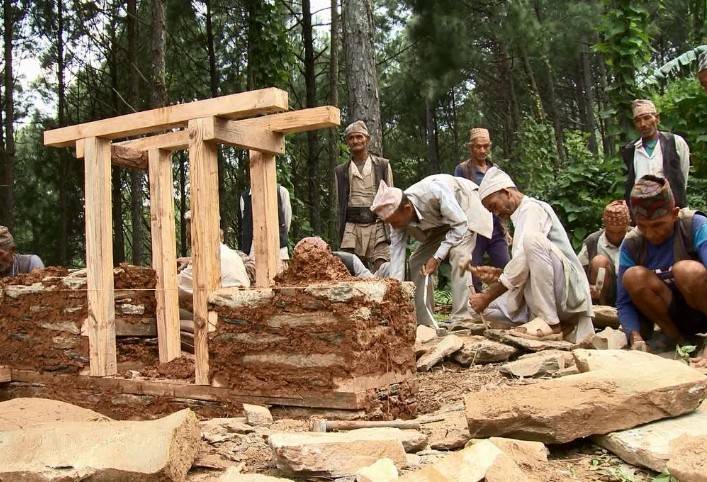 The Red Cross is training masons, carpenters and ordinary community members how to build back safer as part of recovery efforts focused on shelter following the 7.8 magnitude earthquake that struck Nepal six months ago. @IFRC 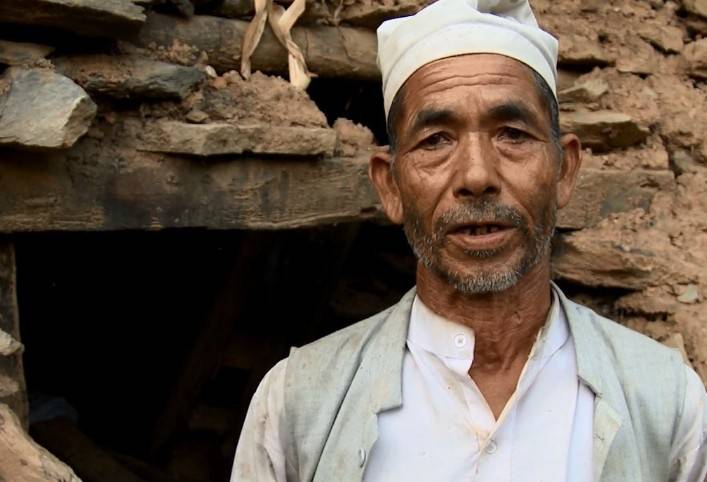 In the 1970s, Nepali farmer and stone mason Les Bahadur Raut built his stone house himself. It was damaged in the April earthquake and collapsed in the May earthquake, killing his elderly mother. He is now participant of the Red Cross training program.

Six months after two consecutive earthquakes struck Nepal, people are thinking of the huge rebuilding task ahead. More than 900,000 houses were damaged or destroyed in the worst earthquake in the country since 1934, killing more than 8,800 people.

Since the immediate days following the disaster, the global Red Cross network, led by the Nepal Red Cross and supported by the American Red Cross, has placed shelter as a response—and now recovery—priority.

Red Cross shelter expert Regina Wenk is helping to run a training programme for masons, carpenters and ordinary community members in how to build back safer.

People are receptive to the training, said Wenk. “These are important points to learn. One man told me he recognized his mistakes when he demolished the remains of his house. That was very encouraging for us to know.”

Nepal Red Cross Society field officer and engineer Amit Pokharel said, “You can see how some buildings which were constructed properly survived the earthquake. Basically our aim is to teach construction techniques that prevent the total collapse of houses and ensure that people don’t get harmed.”

There is high demand for the training, which will help people not only rebuild their own houses, but also earn a living helping others in their community to rebuild theirs.

In the 1970s, farmer and stone mason Les Bahadur Raut built his two-storey stone house himself. It was damaged in the April earthquake and collapsed in the May earthquake, killing his elderly mother.

“We didn’t have proper knowledge of building houses. We didn’t know the proper way to use wooden beams,” he said. “I’ve signed up for both carpentry and masonry training. They’re training us to build long-term houses in our traditional style, using wooden beams, L-shaped panels and locally available stones. We really like the training.”

In the immediate aftermath of the earthquake the urgent task was to distribute tarpaulins and toolkits to provide people with basic shelter. In total, the Red Cross distributed tarps and toolkits to help people build their own emergency shelters, benefiting 360,000 people.

The Red Cross also gave people advice about salvaging or using locally available materials and how to string up a tarpaulin without it ripping.

The country’s task of rebuilding is enormous. Negotiating land tenure can be complex; the logistics involved in transporting quality building materials to remote communities is costly; and many of the able-bodied young people needed to help have migrated to the capital or abroad for work – ironically often on building sites.

It’s clear a coordinated approach is needed. The International Federation of Red Cross and Red Crescent Societies (IFRC) and the Nepal Red Cross Society, together with the Department of Urban Development and Building Construction, lead the Nepal Shelter Cluster, under which 120 partner agencies involved in shelter coordinate and share information.

But given the size of the task, the Nepal Red Cross, with the help of the American Red Cross and our international Red Cross partners, will be needed in Nepal for years to come to help communities to identify their priorities for recovering and becoming better prepared for future emergencies.

In the six months since the earthquake, the global Red Cross, supported by the American Red Cross, has reached hundreds of thousands of people with life-saving aid, providing cash grants and relief items such as kitchen supplies and blankets to 70,000 families, distributing tarps to help shelter more than 550,000 people, and providing more than 1.2 million gallons of clean water. Learn more about the American Red Cross work in Nepal here.

Watch Les Bahadur Raut talk about his plans for the future here.