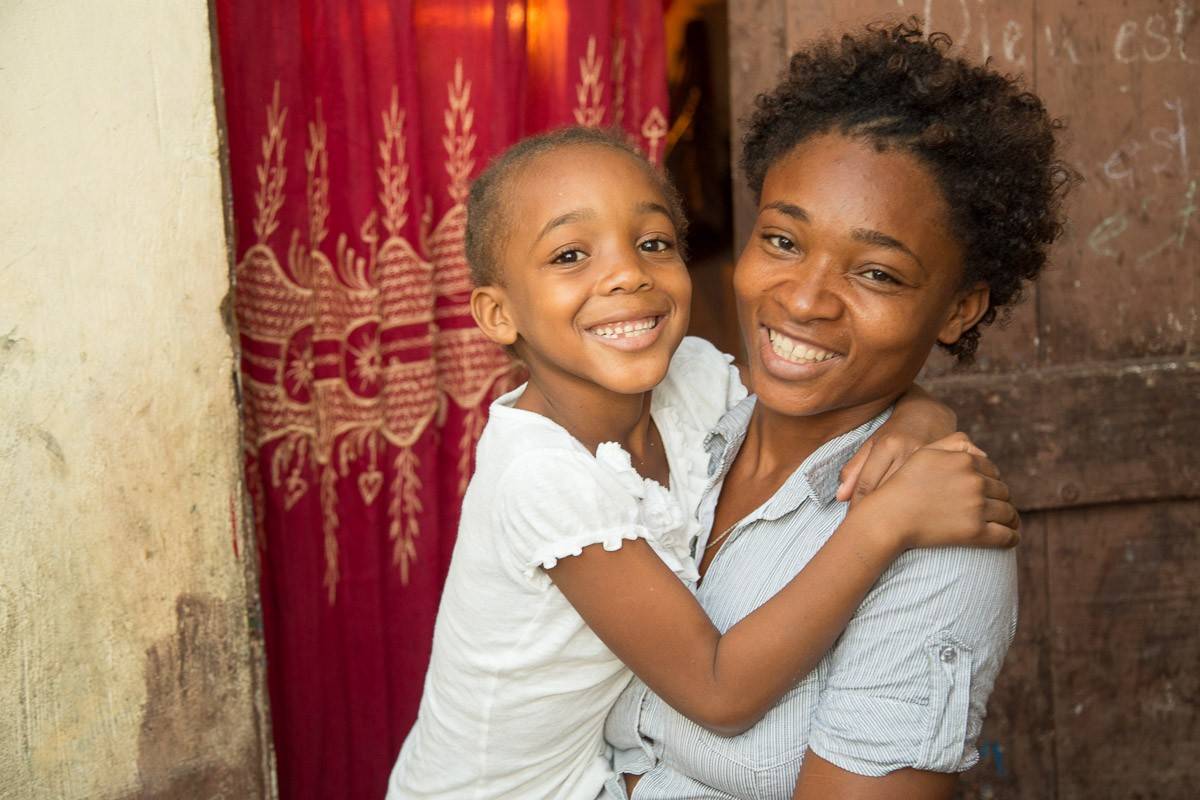 Wana Chouloute has expanded her business, thanks to a neighborhood savings and loan association. She’s one of many women who have been able to regain their incomes with help from her community and the American Red Cross.

In most parts of the world, entrepreneurs depend on access to capital for starting and growing their businesses. The same rings true in Haiti, where many families lost their businesses and way of earning income during the 2010 earthquake. In order to help people reestablish their livelihoods, the American Red Cross has invested in savings and loan associations across Carrefour-Feuilles—an area still rebuilding from the disaster.

Wana Chouloute remembers, all too well, the day a 7.0 magnitude earthquake struck Haiti. When her house collapsed, she lost nearly everything. “I could save only my two children” she says.

Six years later, Wana is honing her entrepreneurial skills and heading up a growing business, thanks to loans from her neighbors. She’s one of many women who have been able to regain their incomes with help from her community and the American Red Cross.

Here’s how it works: groups of neighbors—mainly women—pool their money together on a weekly basis. Each member can borrow from the savings pool up to three times the amount of their contribution. The loan, which can be used for a variety of business needs, has to be reimbursed to the group within three months, plus 10% interest. The pool of money—and the interest—comes from the group’s members and belongs to the group’s members, not the American Red Cross.

Today, thanks to these savings associations, Wana and more than 1,700 nearby residents have access to credit and are able to create income-generating activities.

The American Red Cross has been instrumental in establishing these organizations across Carrefour-Feuilles, thanks to its partnership with Mercy Corps. With funds contributed by the American Red Cross, Mercy Corps trains association members on group management, savings, credit management, and leadership. In addition to those trainings, association members are provided necessary administrative materials such as lock boxes, cases, calculators, notebooks, and seals.

Carrefour-Feuilles now plays host to 70 of these savings and loan associations. Members have managed to save just over 7 million Haitian gourdes (approximately $125,000 USD).

Previously, most women in Carrefour-Feuilles¬ had no access to loans. Now, they are major contributors to these associations. Wana, whose business delivers food directly to customers’ homes, is happy to talk about the progress she has made through loans obtained in her group. “Today my business has almost doubled. I have even managed to offer myself beauty accessories,” she added with a smile.

If Haiti’s recovery is to be sustainable and inclusive, families need steady streams of dependable income, which is why the American Red Cross has spent or committed $48 million on livelihoods activities since the earthquake struck. Throughout Haiti, nearly 390,000 people have benefited from livelihoods assistance, thanks to generous donations made to the American Red Cross in the quake’s aftermath.

Many association members make loans to strengthen their small business. But the associations address more than just economic problems. Instead, they also facilitate social cohesion and trust among members of a community. ‘’Who could expect to see a pastor, a voodooist and a Freemason in the same room talking without the slightest discomfort? The savings and credit associations have made it happen," remarks Louidjy Juste, a facilitator trained by the American Red Cross to assist the associations of his community.

In addition, each association has a solidarity fund to help members of the group who might be in difficult circumstances, such as cases of illness, death, or other unforeseen situations.

These savings and loan associations in Carrefour-Feuilles are part of a larger American Red Cross program called LAMIKA—an initiative that’s helping residents of eight neighborhoods recover from the earthquake in a way that makes them safer, healthier, and more resilient to future disasters.