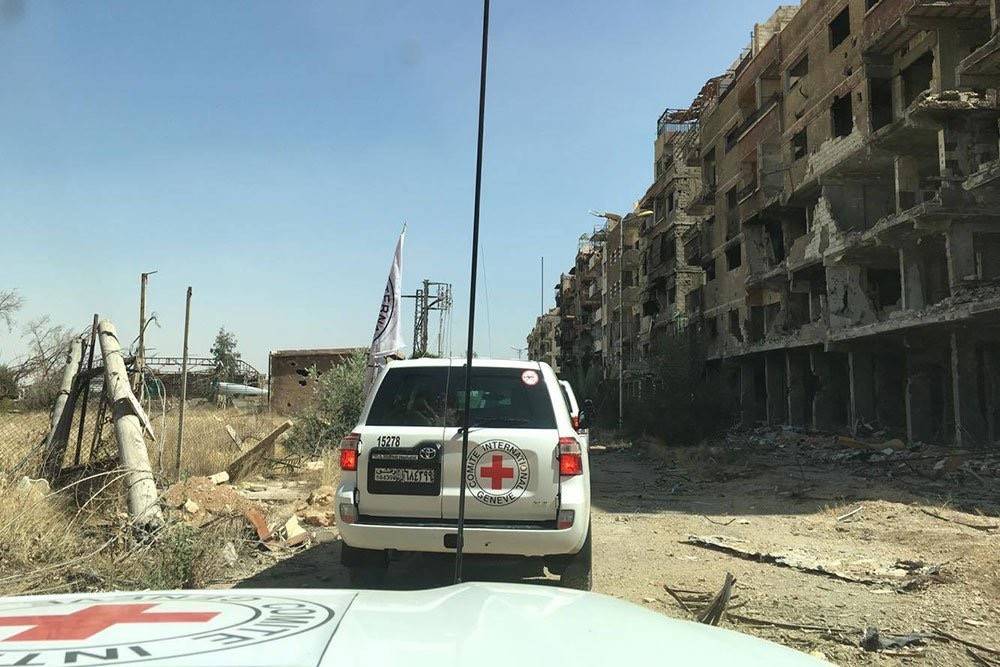 The International Committee of the Red Cross (ICRC)—working alongside the Syrian Arab Red Crescent (SARC) and the United Nations—has started delivery of critical aid in the besieged rebel-held town of Daraya, a suburb of Damascus. The distribution marks the first time aid has reached the area since November 2012. A delivery attempt made earlier in May was blocked.

Vaccines, medicines, baby milk and nutritional items were delivered, but no food. Clean water and food are in severe shortage.

ICRC spokesperson Pawel Krzysiek went along with the convoy for delivery. He told the Guardian, “They were not angry, they were very positive and open—they are people like us. But they want to eat and we must bring food to them as soon as possible.”

“Today’s delivery went very smoothly,” Krzysiek continued.” It is certainly positive development but whether it will become a success we have to see when and how often we will be able to return to Daraya in the hopefully very near future.”

Since the beginning of the crisis nearly five years ago, SARC staff and volunteers have navigated the deteriorating security situation at great personal risk. Forty SARC and seven Palestinian Red Crescent team members have lost their lives. More than a dozen SARC volunteers have been detained with no information on their whereabouts.

ICRC has 350 staff working in different areas of Syria. In recent days, they have delivered aid to several besieged towns, including several rural suburbs of Damascus such as Kiswah, Qudssayam and Moadamiya.

Over the past five years, the American Red Cross has spent and committed more than $2.5 million to relief efforts in Syria and its neighboring countries affected by the conflict such as Iraq, Turkey, Lebanon and Jordan. As the crisis continues, the American Red Cross is providing information management and mapping support to the global operation to greater situational awareness of the broader crisis.

Together, global Red Cross and Red Crescent teams are providing relief and comfort to families in their time of greatest need.