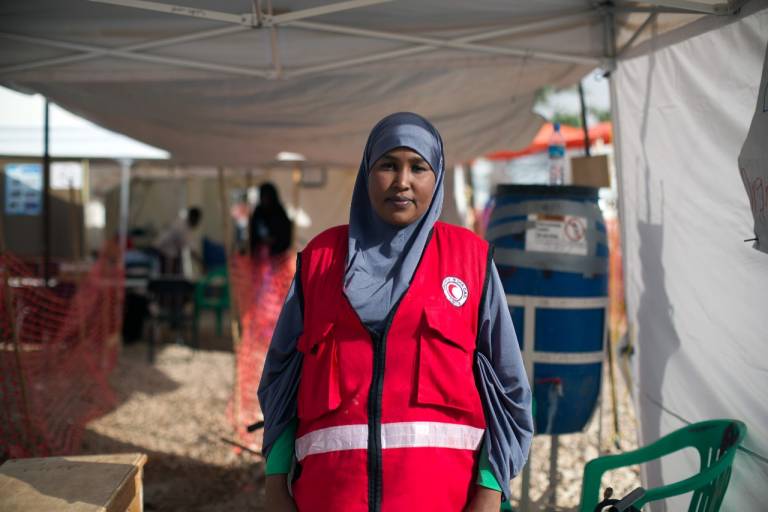 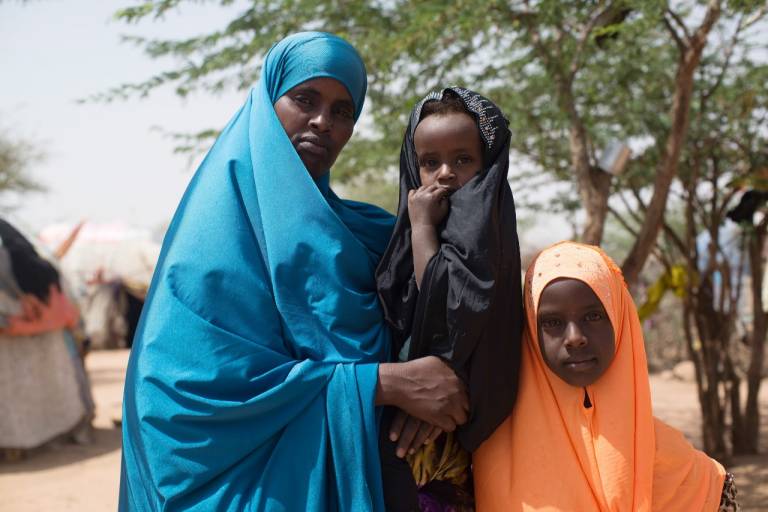 Amal Abdilahi Osman and her two children are among the 2,050 households in the Maroodi Jeex region (Somaliland) to receive monthly cash transfers with the help of the Red Cross. The support is critical due to loss of livelihoods (mainly livestock and farming) caused by the on-going drought.  Photo credit: Emil Helotie/Finnish Red Cross 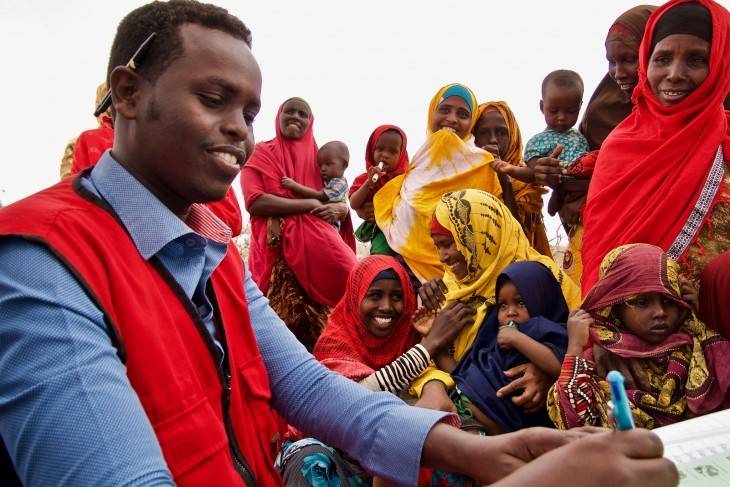 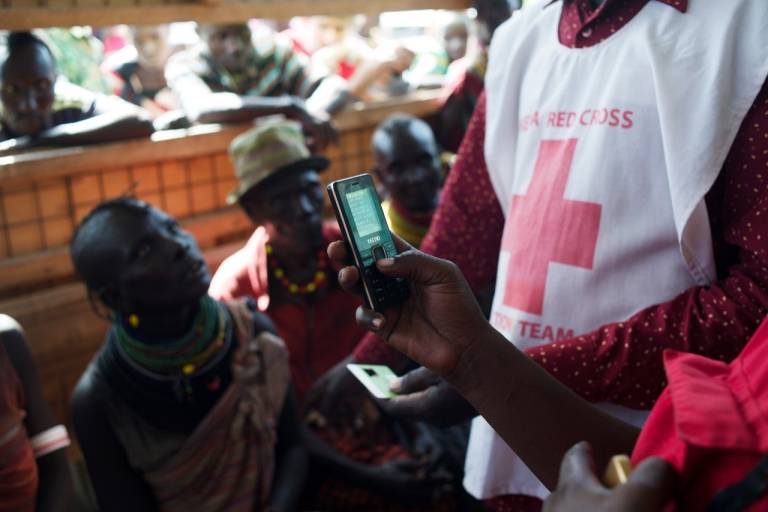 In Turkana East in Northern Kenya, Red Cross is supporting 4000+ families with monthly cash transfers to their mobile phones or bank cards. The support is critical because many people have lost a large portion of their livestock due to the ongoing drought and conflict. Photo credit: Emil Helotie/Finnish Red Cross

To date, the American Red Cross has contributed $725,000 to help families suffering from one of the worst food crises in recent history. Of these funds, $75,000 was allocated just last month to target drought-affected areas in Somalia.

More than 20 million people are facing a severe food crisis in multiple countries—including Kenya, South Sudan, and Somalia—and are in urgent need of humanitarian assistance. The situation—brought on by a combination of climate, economic insecurity and conflict—is expected to intensify in the coming months as the current drought continues. Rising prices, insecurity and restricted humanitarian access compound the crisis.

“In my 43 years, I have never seen or heard of a drought like this one," says Mohamed Salat, a Somali herder who has seen his herd of 360 goats and sheep dwindle to 90. "We never woke up to a time when we didn't have milk from our goats."

Drought has driven food insecurity to crisis levels across the country where approximately 3.5 million people are currently vulnerable to famine. Insufficient rainfall has affected much of the country’s grazing lands—and consequently many pastoralist families have migrated in search of food and water for livestock.

People like Mohamed Salat and his family are being forced to sell or abandon the livestock they depend on to earn an income. Along with rising malnutrition levels among children, major health concerns include rising rates of respiratory and acute diarrheal diseases. The emergency has resulted in the displacement of more than 600,000 people in Somalia since the beginning of 2017.

The Somali Red Crescent is at the front lines of the global response to this humanitarian emergency.

With support from Red Cross Red Crescent partners around the world—including the American Red Cross, International Committee of the Red Cross, and the German Red Cross—teams are delivering lifesaving relief to remote communities. Mobile clinics have provided healthcare for nearly 70,000 people. The installation of water reservoirs and distribution of water filters and aquatabs means that clean water is now more accessible in the region. The Somali Red Crescent is also providing food assistance through mobile money transfers and performing nutrition screening, treatment and referrals.

"Everywhere we go, we are going to our Somali people who we help," said Dalmar Ali, a nurse with the Somali Red Crescent. "And they welcome us and give us room to work in. The people are our people. We are one and the same. We are no different."