Sierra Leone Mudslides: A Race Against Time and Aid to Families

Sierra Leone Mudslides: A Race Against Time and Aid to Families 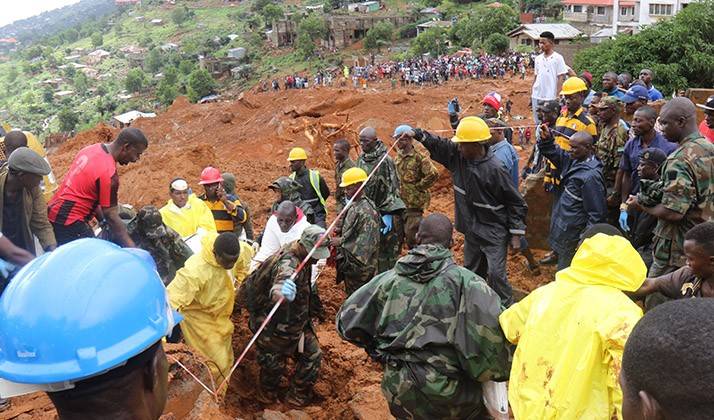 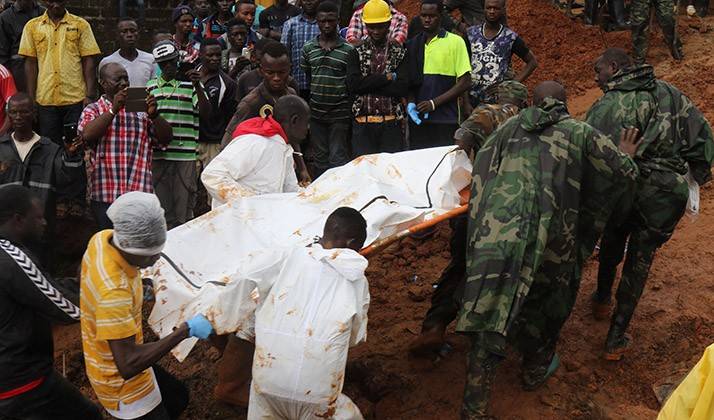 Since the beginning of this week, mudslides in and around Sierra Leone’s capital have killed more than 300 people and displaced thousands. As families reel from the tragedy—which destroyed or damaged more than 600 houses—Sierra Leone Red Cross volunteers continue to provide comfort and aid.

Three days of heavy rains triggered severe mudslides in the coastal suburb of Racecourse on the city’s eastern edge, as well as in Regent and Lumley where thousands of makeshift settlements are home to the city’s poorest communities.

“I have never seen anything like it,” said Abdul Nasim form the International Federation of Red Cross and Red Crescent (IFRC). “A river of mud came out of nowhere and swallowed entire communities, just wiped them away. We are racing against time, more flooding and the risk of disease to help these affected communities survive and cope with their loss.”

Rescuers—including Red Cross teams—worked to find survivors and care for the injured. With more than 600 people still reported missing, the relief operation is ongoing. Red Cross volunteers have been recovering people from the mud and debris, helping evacuate residents, transferring bodies to morgues, and providing medical care to the injured.

“Our staff and volunteers, many of whom come from the affected areas, are shocked by the sheer destruction of this disaster,” said Constant Kargbo, Secretary General of the Sierra Leone Red Cross. “The needs are massive. Damaged roads, power outages and broken communication lines present huge challenges for our volunteers to reach and support the affected communities.”

More than 1,900 families were impacted by the floods and mudslide. Torrential rains are expected to continue in nearby areas. Sierra Leone’s government is evacuating people in area under immediate threat as lifesaving aid to those already impacted continues.