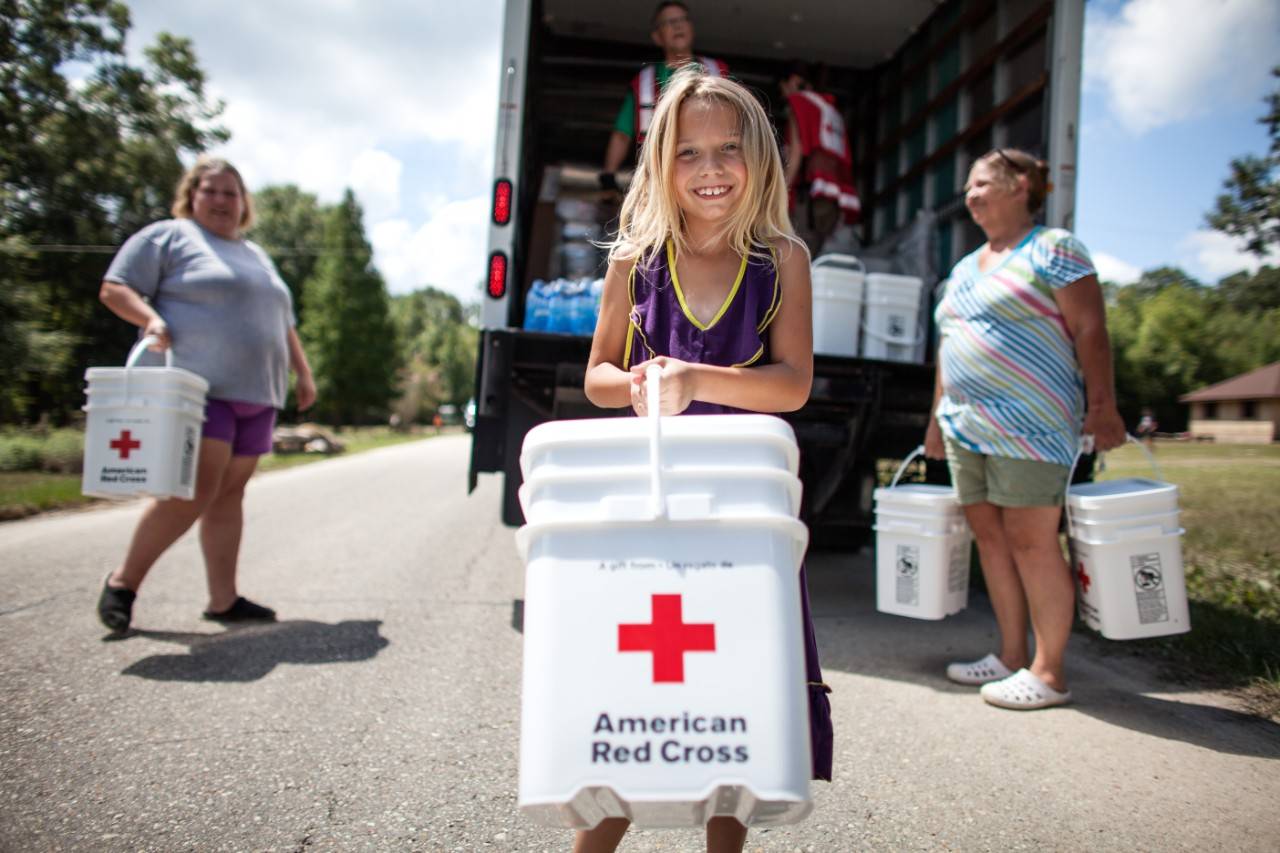 Stories of resilience, community and hope in the face of disasters at home and around the world

Washington, D.C., December 7, 2017 — 2017 was marked with record-breaking disasters, and the American Red Cross mobilized quickly to deliver more food, relief supplies and shelter stays than all of the last four years combined.

In just 45 days, the Red Cross responded to six of the year’s largest and most complex disasters. This included back-to-back hurricanes — Harvey, Irma, Maria and Nate — the deadliest week of wildfires in California history, and the deadliest mass shooting in U.S. history in Las Vegas.

As 2017 comes to a close, the Red Cross is also now responding to devastating and quick-moving wildfires across much of Southern California, opening shelters, and providing food, comfort, and a safe place for people forced from their homes.

Learn more about our 2017 disaster work in this video.

242 LARGE DISASTER RESPONSES IN 2017 In addition to hurricanes and wildfires, the Red Cross mobilized more than 56,000 disaster workers — 92 percent volunteers — to provide help to people affected by 242 significant disasters in 45 states and three territories. This aid included:

“There was someone every step of the way with a red vest on letting us know everything was going to be okay,” said Houston-resident Tabitha Barnes, who received Red Cross services after Hurricane Harvey flooded her home.

Through its Home Fire Campaign, the Red Cross and thousands of local partners are working to help prevent home fires and save lives by installing smoke alarms, helping families create home fire plans and offering youth education programs. During 2017, more than 382,000 free smoke alarms were installed and 401,000 people were reached through home visits. Since the Campaign launched in 2014, 303 lives have been saved, more than 1 million smoke alarms have been installed, and 940,000 youth have been taught about the importance of fire safety. Hear from Rosie Saunders how having a working smoke alarm saved her daughter’s life: https://vimeo.com/229324955.

INTERNATIONAL RESPONSE As part of the world’s largest humanitarian network, the American Red Cross aided millions of people impacted by disasters around the globe in 2017. This included helping nearly 9,400 families to search for loved ones who were separated during international conflict or disasters, and sending humanitarian aid to 26 countries to help in the aftermath of disasters. The organization also deployed American responders to disaster zones around the world 27 times this year —including to Nigeria, Mexico, and Bangladesh. Susan Schaefer, a Red Cross disaster responder, deployed to Dominica after Hurricane Maria devastated the island. Her team helped reconnect family members separated by the disaster.

“If you don’t know whether your kids or your family members are okay, it’s easy to forget to take care of yourself, to remind yourself to eat and sleep. You just can’t focus on anything else,” said Schaefer. “Being able to provide peace of mind to people helps them to be stronger for themselves so they can focus on their recovery.” Read more about Schaefer’s experience providing aid in the Caribbean here: http://www.redcross.org/news/article/QA-from-the-field-Reconnecting-loved-ones-in-Dominica

Red Cross volunteers also visited more than 2 million households to encourage families to vaccinate their children against measles in countries like Malawi and Indonesia and helped to save lives by mapping vulnerable communities around the world — using only a computer and wifi connection.

HOW YOU CAN HELP Help people affected by disasters like hurricanes, floods and countless other crises by making a donation to Red Cross Disaster Relief. Your gift enables the Red Cross to prepare for, respond to and help people recover from disasters big and small across the United States. Please consider making a donation today. Visit www.redcross.org, call 1-800-RED CROSS (1-800-733-2767) or text the word REDCROSS to 90999 to make a $10 donation.

An average of 91 cents of every dollar the Red Cross spends goes to its programs and services, which includes providing food, shelter, relief supplies, emotional support and other assistance, as well as supporting the vehicles, warehouses, technology and people that make help possible.

About our Corporate Holiday Supporters:

During this holiday season, the American Red Cross is grateful for those corporate donors that generously contribute to our Holiday Giving Campaign. They include: Circle K and American Girl. Thanks to the generosity of these and other supporters, the Red Cross is able to bring help and hope to people across the country. To learn more about our corporate holiday supporters, visit redcross.org/corporate-holiday-supporters.