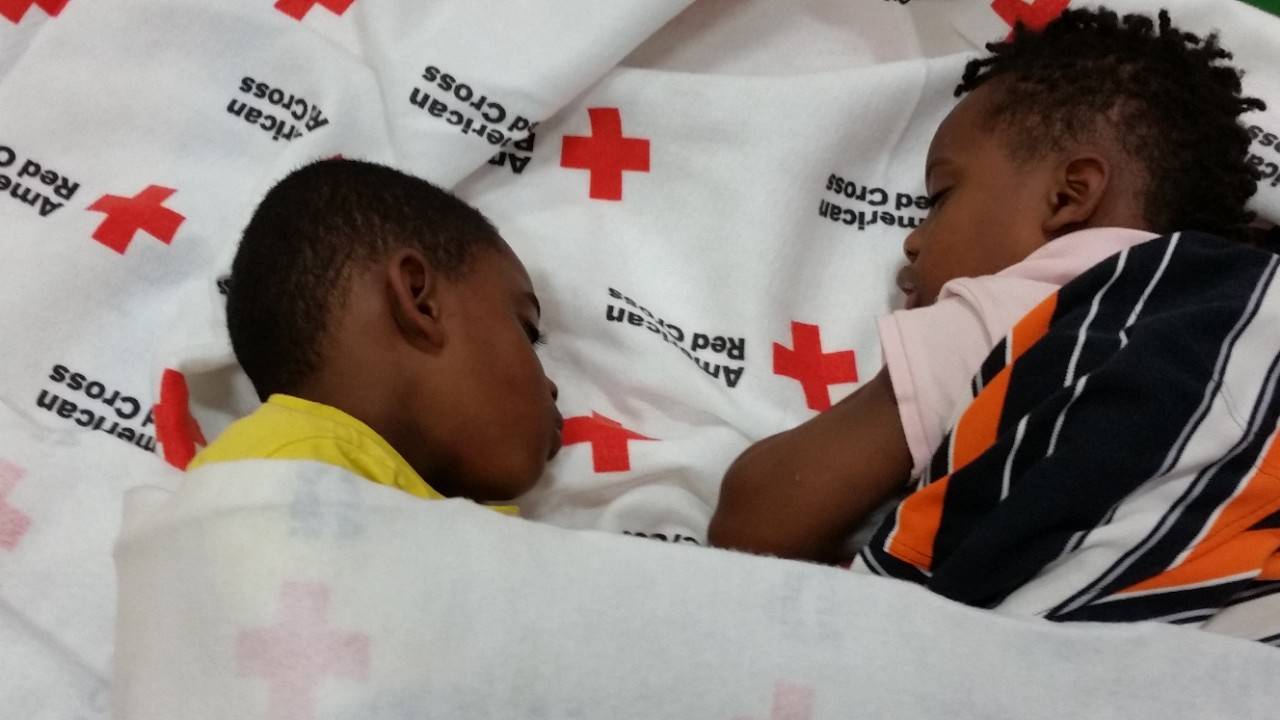 Public’s help needed now; #help1family who has lost everything to disaster by participating in Red Cross Giving Day

WASHINGTON D.C. – April 19, 2016 — Nearly two feet of rain resulted in devastating floods around the greater Houston metro area Monday and the American Red Cross is on the ground, providing shelter, meals and comfort to residents forced from their homes.

Red Cross workers opened 13 shelters around Houston on Monday where more than 430 people spent the night. More than three million people live in the region and the Red Cross is deploying more disaster workers and relief supplies to the area to make sure people get the help they need.

“This is a very dangerous situation. People were forced out of their homes with nothing but the clothes on their backs and we opened 13 shelters to help them,” said Brad Kieserman, vice president, Disaster Services Operations and Logistics for the Red Cross. “We are deploying a substantial amount of workers and relief supplies to the Houston area and we’ll be there for some time helping people recover.”

Texas has been having a tough year with disaster after disaster impacting the Lone Star State and Red Cross workers have helped through all of them. As the year began, devastating tornadoes blew through the state. Only a few short weeks ago, Texas was one of the states impacted by the flooding that also ravaged Louisiana, Mississippi and Tennessee. And this latest flooding has forced thousands of people from their homes, led to hundreds of water rescues, damaged roads, took out power and hampered travel.

“Thousands of people in Houston are depending on the Red Cross for help and we’ll be working with our great partner – the Southern Baptist Convention – to serve hot meals in addition to delivering relief supplies to help families begin to clean up their homes,” Kieserman said. “The Red Cross, people in Houston and all those affected by disasters across the country need the public’s support right now.”

The Red Cross has responded to three times more large-scale disasters during the first months of 2016 than the previous three years combined along with helping at the scene of hundreds of home fires and other smaller disasters every day.

The Red Cross needs the public’s help now. They can give to Red Cross Disaster Relief to support disasters big and small by visiting redcross.org, calling 1-800-RED CROSS or texting the word REDCROSS to 90999 to make a $10 donation. Donations to Disaster Relief will be used to prepare for, respond to and help people recover from disasters big and small.

This week also offers another unique opportunity to help. The Red Cross will hold its 2016 Red Cross Giving Day on Thursday, April 21. People can #help1family who has lost everything to a disaster by participating.

Giving Day is a one-day fundraising campaign supporting the Red Cross mission to help people in need of emergency support. People can support the effort by visiting the Giving Day website, enter their information, and their gift will be on its way to helping people in need.