New Blood (or More Than One Way To Give)

New Blood (or More Than One Way To Give) 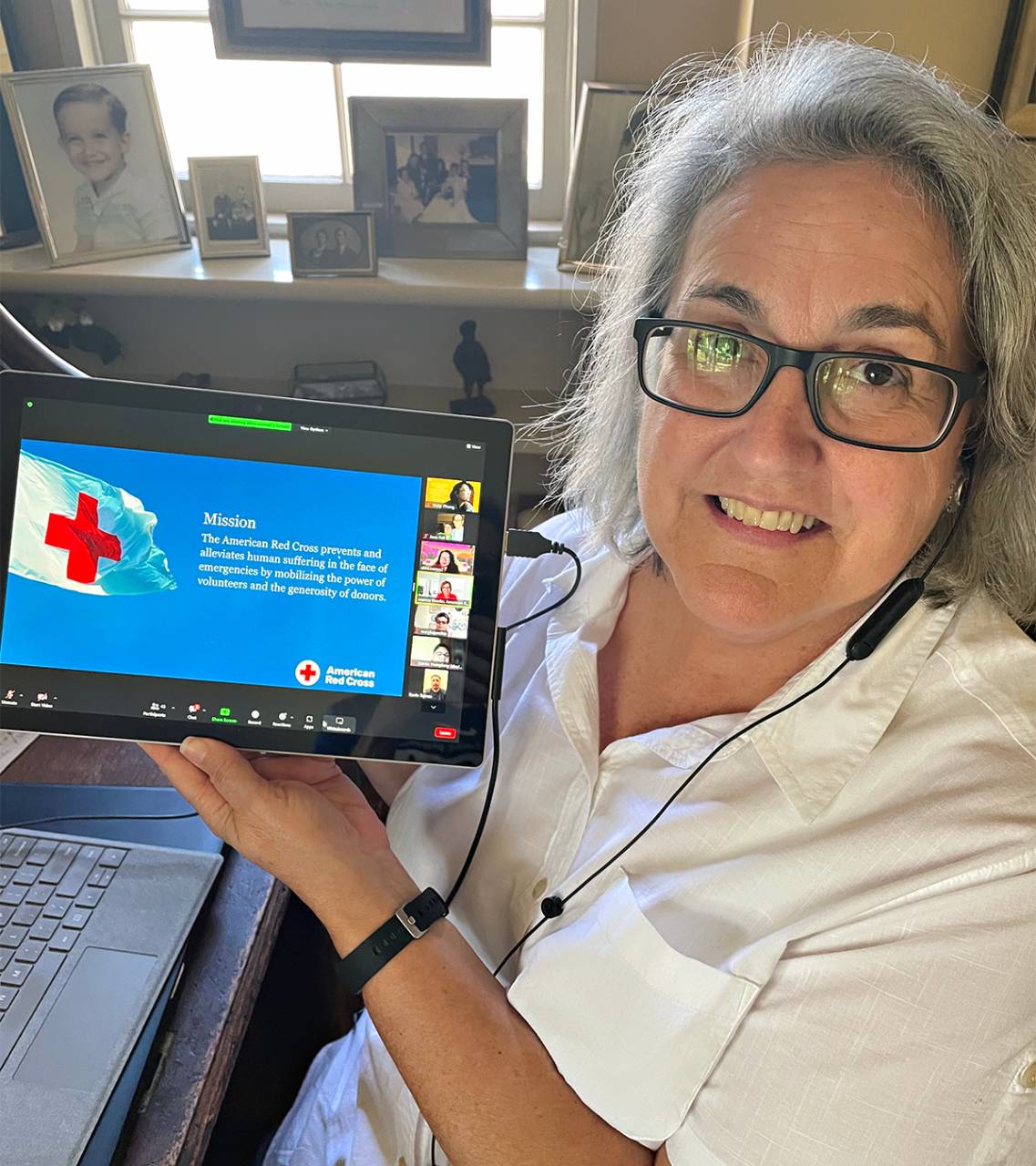 The saying goes you either have time or money, rarely both. Depending on which you can spare, either are welcomed ways to support the American Red Cross mission, whether through volunteering your time or making monetary donations. Or both! There is a third way too and that’s through blood donations, a gift Pasadena, CA, resident Jane Fall has been giving for 45 years. When Hurricane Ian struck Florida, however, Jane added another donation means to her existing contributions.

Recently retired from a career in social services, Jane was returning home from a vacation while following Hurricane Ian news coverage online. Embedded in one article was both a call to action for more volunteers to help with the Red Cross disaster response, along with a link for more information on becoming a volunteer. Jane clicked on the link, read the provided details then launched her volunteer journey.

“The initial training was well organized and a very good overall introduction” Jane said. “There were three or four Red Cross representatives on the call, with a few words from CEO Joanne Nowlin. It was nice to see so many people on the call, about 50-75 people. My big take-aways were the importance of creating my online volunteer profile and to start the virtual training programs in preparation for deployment.”

During the orientation meeting Jane learned that disaster responders deployed away from their home base sometimes stay in hotels, and other times sleep on cots in staff shelters. Due to medical limitations, Jane would not be able to sleep on a cot. Initially she thought this prevented her from supporting a Red Cross disaster response until she realized, she did not have to deploy out of town to be a vital part of crisis support; between wildfires, earthquakes and home fires right here in Los Angeles, there is constant need for people like Jane, 24 hours a day, seven days a week.

“There are plenty of disasters right here,” Jane remarked. “I have the time and a desire to be hands-on. I’m excited to work with an organization that has a lot of resources and solid structure.”

Ending a Vacation as a Hero
Why Home Fire Risks Increase at Thanksgiving
.type=article.p=1
View All
Donate Now