The Thread of History: Alonzo's Journey to the Red Cross

The Thread of History: Alonzo's Journey to the Red Cross 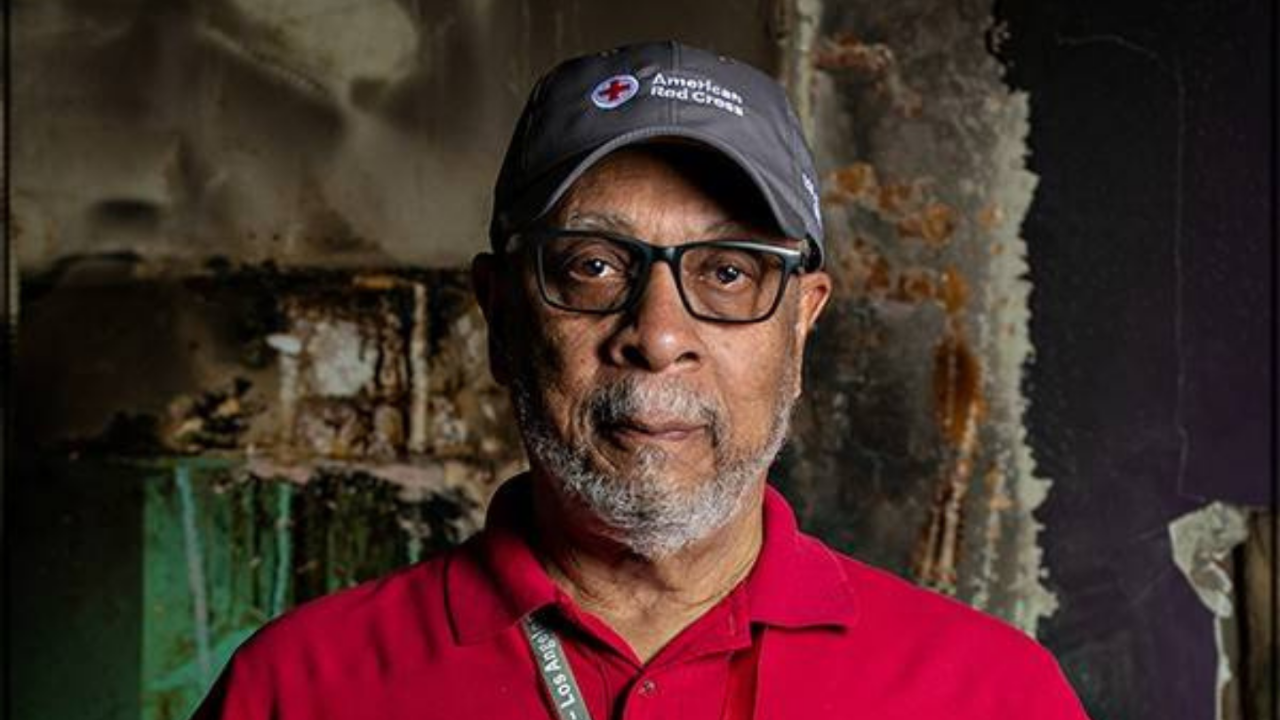 Community service was woven into the fabric of American Red Cross volunteer Alonzo Cephus at an early age metaphorically and literally. Rosa Parks was a schoolmate and friend of Alonzo’s mother, and upon his birth Parks sewed him a layette, Alonzo’s first set of newborn clothes.

Born in Alabama to school-teacher parents, Alonzo left the small town of Greensboro to attend grades five through seven in Montgomery, AL, while living with his grandmother Irene A. West.

Grandma West was the English Department Head at Alabama State’s Teaching College and a member of numerous civic organizations. Her activism placed Grandma West at the forefront of the Civil Rights movement and cultivated her close friendships with the Rev. Martin Luther King Jr. and Rosa Parks, both regular visitors in Grandma West’s home.

Alonzo recalls being present while his grandmother and her intrepid friends organized the Montgomery Bus Boycott, which Alonzo contributed to as well by passing out flyers that spread the “Don’t Ride the Bus” message. These historical activities however were not without their dangers: Grandma West was arrested for her role in the boycott, and Alonzo recalls watching from his bedroom window one night as the Klu Klux Klan gathered outside his grandmother’s home.

Asked what his young mind took away from those historical days, Alonzo recalled: “Everyone was always very serious, and they seemed to be afraid too. I had the impression that if things made these people afraid, then things must be pretty bad.”

At age 15, Alonzo moved with his mother and sister to Los Angeles, where he was amazed how people of all ethnic backgrounds were integrated together, including in his classrooms. Alonzo attended Los Angeles High then L.A. City College, and eventually dedicated himself to the 1960’s anti-war movement. Bearing witness as young men from vulnerable communities were disproportionally drafted, Alonzo took to counseling men from susceptible populations on ways to stay out of the Vietnam conflict.

As the 1960’s wound down and television roles for Black entertainers increased, so did the need for Black stunt doubles, providing Alonzo his life’s next act. His stunt work included the TV shows Adam-12, I Spy, Mission Impossible, and big screen movies Planet of the Apes, and Clint Eastwood’s Hang ‘Em High.

Dismayed by the wasteful habits of Hollywood in a world rife with need, Alonzo soon returned to his community services roots. One of the turning points came while filming Planet of the Apes, when a large cornfield was cultivated only for the sake of filming the “human hunt” scene. When the scene’s filming concluded, Alonzo asked if the corn could find its way to the poor and hungry; the studio shot down the notion and plowed the field. Alonzo wanted nothing more to do with the industry of that era, where little effort existed to make the real world a better place.

Alonzo returned briefly to anti-war counseling before settling into his lifelong career with L.A. County’s Department of Public Social Services (DPSS), and ultimately the Deputy Director of the Welfare Fraud and Investigation section. It was from this position Alonzo launched his support for the Red Cross Mission.

Whenever disaster struck L.A. County, work halted for Alonzo and his team of 150 fraud welfare investigators. Meanwhile, the Red Cross needed an influx of people to staff shelters, distribute emergency supplies and facilitate recoveries. Alonzo responded to those needs and rendered his staff available to help. For nearly 20 years, Alonzo and his team participated in L.A.’s emergency response efforts: Alonzo would take up post at the Emergency Operation Center and coordinate DPSS support during the county’s response.

When Alonzo retired, he decided becoming a Red Cross volunteer was the natural next step, especially since he already knew so many people within the organization. The very last thing he wanted to do however was casework, having just retired from four decades of doing casework.

Alonzo first dipped his toe into Information and Planning, which he found mentally taxing and more demanding than desired. He also tried responding with the Disaster Action Team, which still didn’t fully meet his interests. Alonzo eventually found his happy place with the casework team.

“As a Red Cross caseworker, I was out in the community talking to people who had just lost everything, providing them assistance towards recovery along with a human-to-human touch” Alonzo shared, “Having someone say ‘thank you for helping me’ was irreplaceable. It felt fantastic.”

Alonzo is not the only one in his family to have served the Red Cross – in 1946 his grandmother received recognition for her service during World War II. The Red Cross Mission is fortunate the theme and thread of service carried down through his family’s lineage, and that Alonzo also dons the attire of a caring citizen, the Red Cross red dedicated to alleviating human suffering.