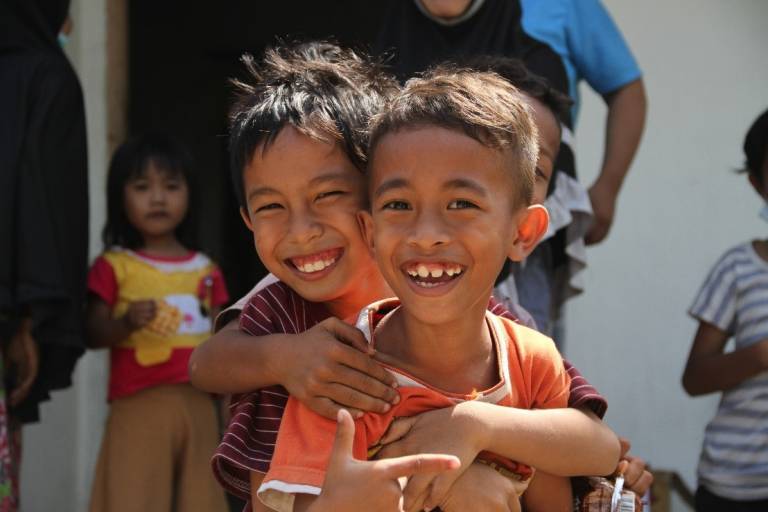 Life has changed drastically for Arif and Fuad, both age 7, who lost their home when the tsunami stuck  Palu. Even after all they have endured, the boys find a way to smile and continue being kids. Photo: Antony Balmain/Australian Red Cross. 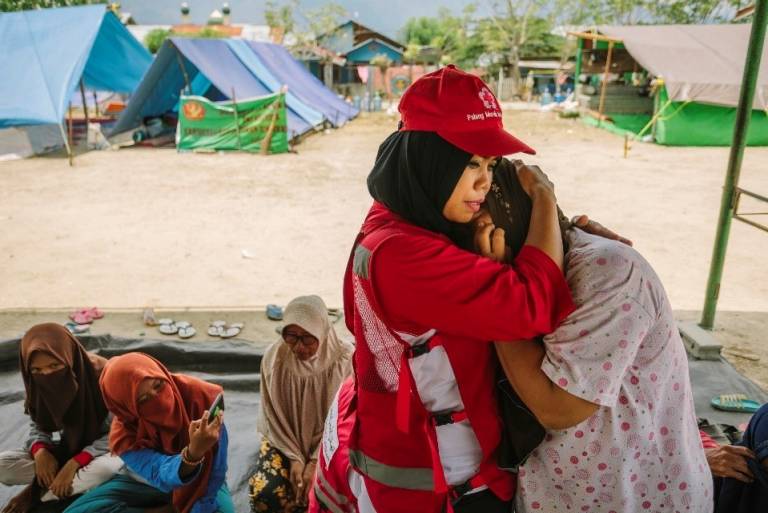 An Indonesian Red Cross volunteer comforts a local community member experiencing trauma, in the aftermath of the disasters. Although it’s been months since the tsunami destroyed her hometown, emotional scars persist. 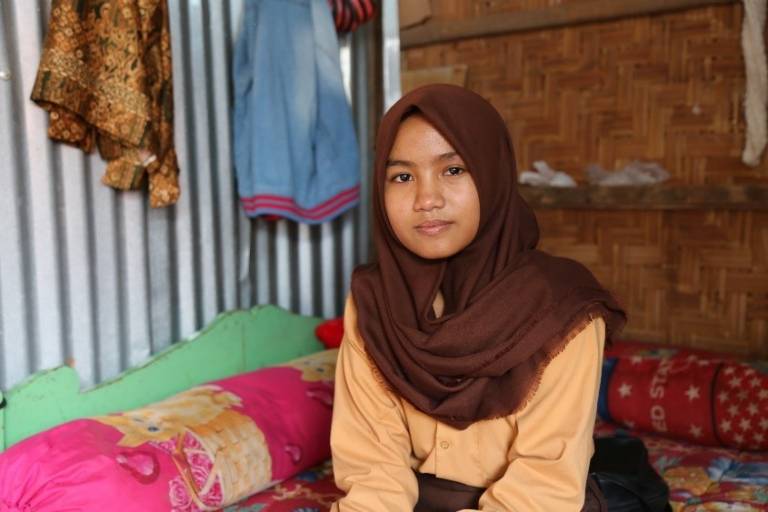 "My favorite subject in school is math" explains Nissa, age 14. Her school was one of many to collapse in the earthquakes in northern Lombok. Tragically, Nissa also lost a close friend in the disaster. Photo: Kathy Muller/IFRC. 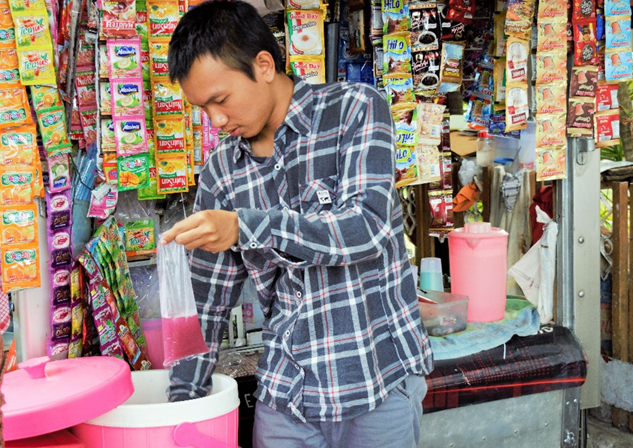 For weeks, business was disrupted as earthquakes rocked communities in Lombok. Illham said with determination: “We keep going. We still have to work hard and serve our customers with a smile”. Photo: Sydney Morton/American Red Cross. 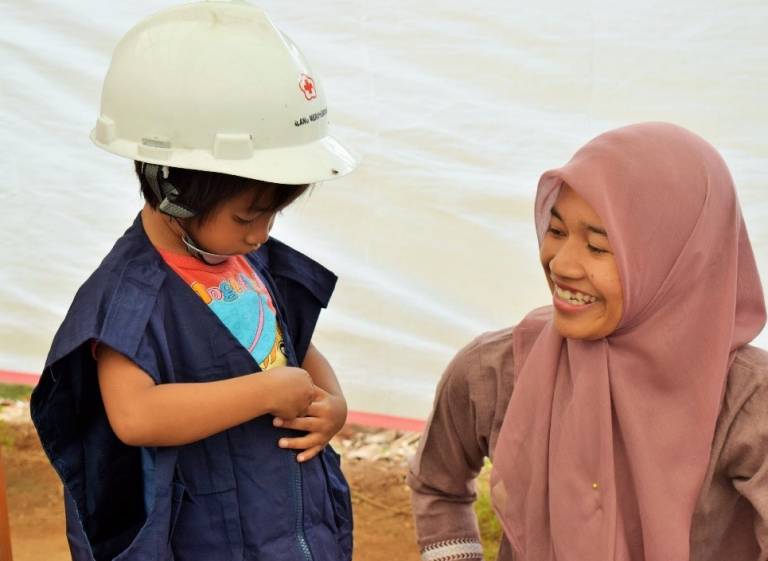 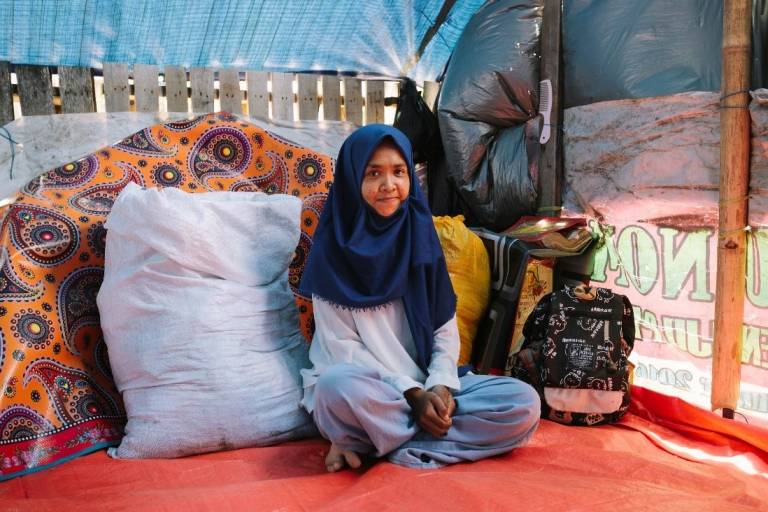 Eliza, 17, was trapped and separated from her family when the tsunami struck Sulawesi. Finally, she reunited with her loved ones. Now they are rebuilding their lives together. Photo: Benjamin Suomela/Finnish Red Cross.

Wreckage and heartache remain on the islands of Lombok and Sulawesi, Indonesia after earthquakes and a tsunami devastated communities. Months into their recovery, signs of hope, strength and humanity are also evident—everywhere. Day in and day out, residents are moving beyond the rubble with resilience.

Read six powerful stories of strength, hope and humanity from the islands of Lombok and Sulawesi.

This summer, communities in Lombok, Indonesia endured five powerful earthquakes. Terrifying aftershocks followed for weeks-on-end. An estimated 3.5 million people have been affected, with almost 500,000 people displaced from their homes. Miles away and just weeks later, a 7.4 magnitude earthquake struck Sulawesi, Indonesia—triggering a tsunami, mudslides and liquefaction. More than 2,000 people were killed and 68,000+ houses damaged or destroyed.

Read six stories from the islands of Lombok and Sulawesi, accompanied by powerful photos and quotes: https://medium.com/@AmericanRedCross/six-photos-of-hope-amidst-disaster-indonesias-earthquakes-and-tsunami-33a95cf734dc

ABOUT RED CROSS IN SULAWESI AND LOMBOK

Thus far, the American Red Cross has contributed $1 million to relief efforts on the islands of Sulawesi and Lombok — in addition to deploying nine disaster responders.

Prior to the earthquake, the American Red Cross worked alongside the Indonesian Red Cross (locally known as Palang Merah Indonesia) to prepare communities — including through disaster simulations, teaching earthquake preparedness in schools, and providing first aid training. 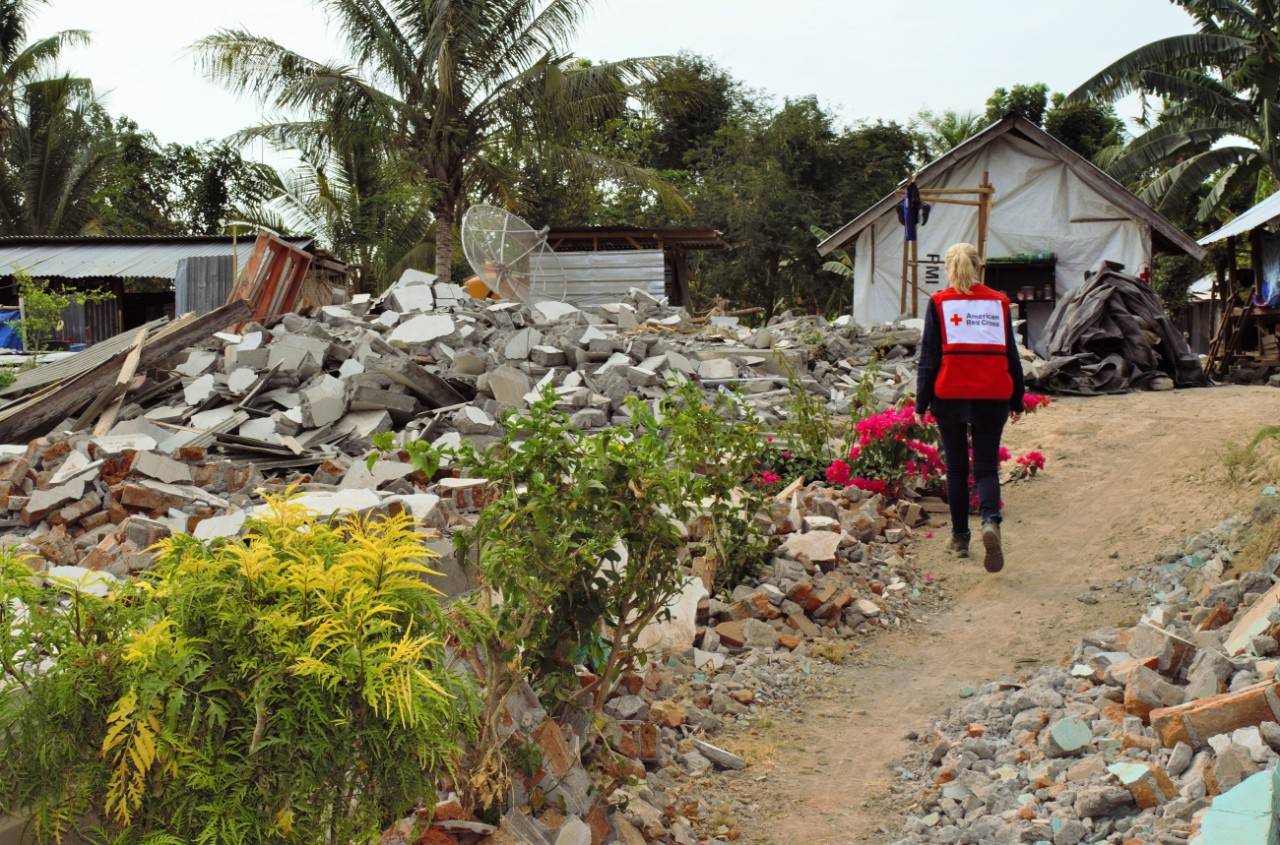 Indonesia: Red Cross aids in back-to-back disasters on the islands of Lombok and Sulawesi
.type=article.p=1.t=redcross%3AGeography%7CInternational%7CIndonesia
Donate Now to Disaster Relief