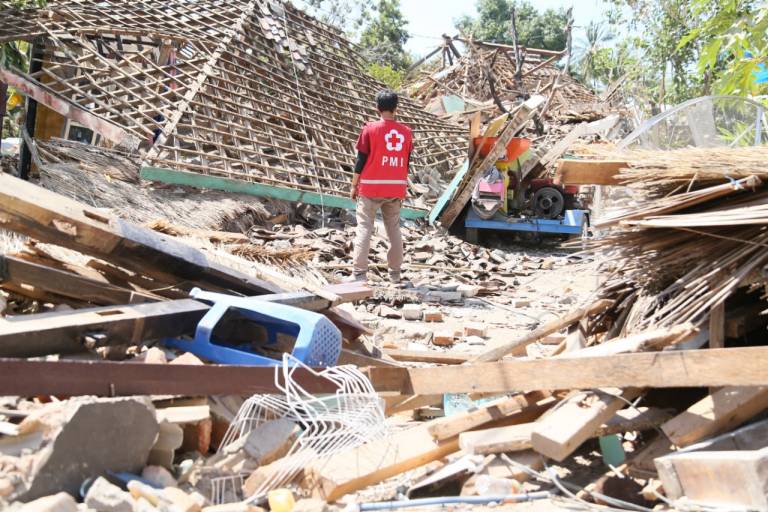 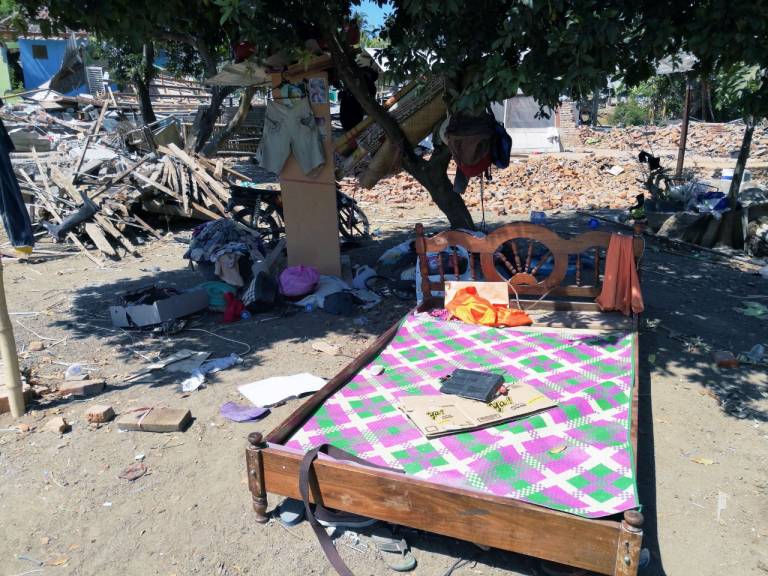 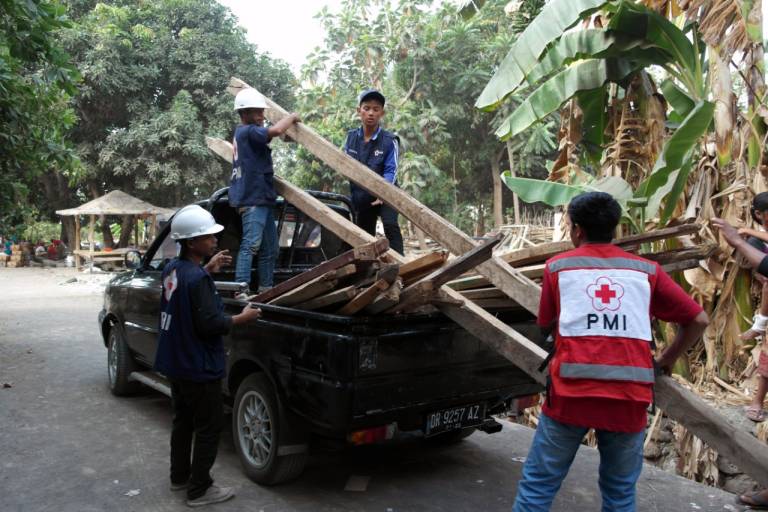 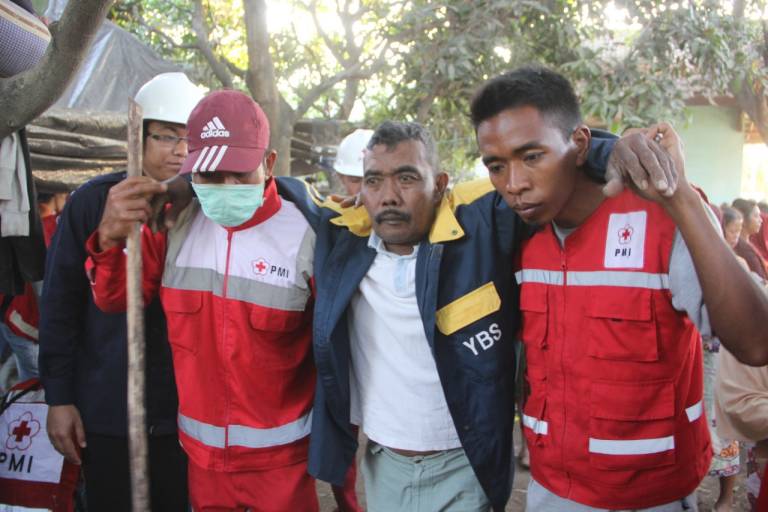 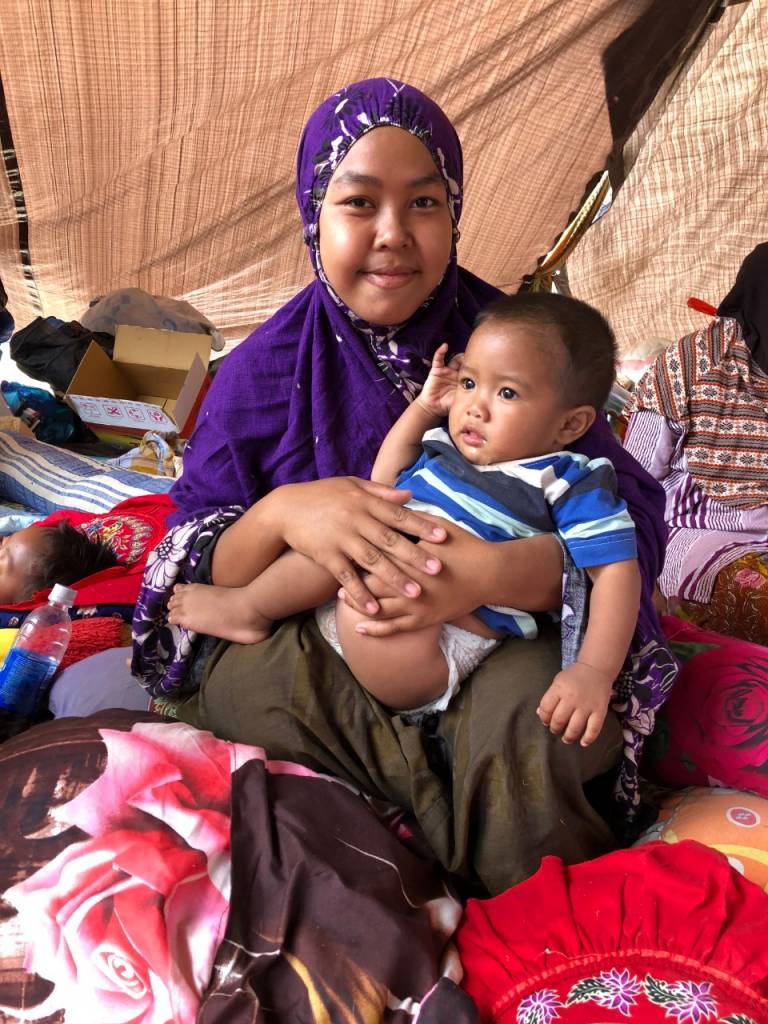 Continuous, violent earthquakes have left communities shaking in Lombok, Indonesia for more than three weeks. On August 19, two strong earthquakes struck the island—following the hundreds of aftershocks and massive quakes which already devastated residents on July 29, August 5 and August 9.

Since immediately after the first earthquake weeks ago, Red Cross teams have been responding to meet the growing needs of people across Lombok.

As a longtime partner of the Indonesian Red Cross, the American Red Cross has pledged $500,000 to support lifesaving relief efforts.

At noon on August 19, a 6.3 magnitude earthquake struck the already hard-hit island. Adding to the panic—hours later in to the night—Lombok faced another 6.9 magnitude quake which could be felt on neighboring islands.

In the worst hit village of Sugian, 80 per cent of all buildings are now damaged. Aftershocks weeks earlier had previously damaged 60 per cent of structures there. On the neighboring island of Sumbawa, a fire was reported in the wake of the earthquakes. Widespread damage, including to Sumbawa’s port, is complicating response efforts.

The first large quake on July 29—of a magnitude 6.4—weakened and damaged many structures. Rubble continued mounting in subsequent earthquakes and aftershocks, including the largest in recent weeks on August 5th.

Just as communities begin to feel safe again, additional aftershocks and new quakes are shaking their peace of mind.

Heartbreaking devastation continues to grow with each tremor: more than 470 people have lost their lives, thousands are injured, and as many as 417,000 are displaced from their homes.

Much of the island has been left without electricity. 75 per cent of buildings surrounding the epicenter—and every single home in some villages—are damaged or destroyed, including 577 schools.

More than 400 Red Cross workers are on the ground. Immediately following the first earthquake, the Indonesian Red Cross (known locally as Palang Merah Indonesia) deployed emergency response teams across Lombok. Disaster responders are continuing to search for and rescue people amidst the rubble, in addition to providing transportation to hospitals and critical first aid.

As many families have no homes to return to, Red cross teams are providing shelter materials, blankets, clean drinking water, and hygiene kits. Frightened survivors are also receiving psychosocial support as they face terrifying aftershocks.

Local disaster responders—who themselves have been impacted by the devastation—are working around the clock in harsh conditions. Tragically, an Indonesian Red Cross volunteer lost his life while delivering aid earlier this month. Despite the personal losses they have endured over the last few weeks, Red Cross teams remain in affected communities committed to helping those in need.

Emergency responders are braving rugged terrain to reach remote villages in Lombok’s mountainous areas, which have been isolated since the disaster. Landslides and severe damage to roads and bridges continue to challenge relief efforts.

The global Red Cross Red Crescent network stands ready to continue supporting and bringing comfort to the people of Lombok.

Prior to the earthquake, the American Red Cross worked alongside the Indonesian Red Cross to prepare communities on the island of Lombok—including through disaster simulations, teaching earthquake preparedness in schools, and providing first aid training.