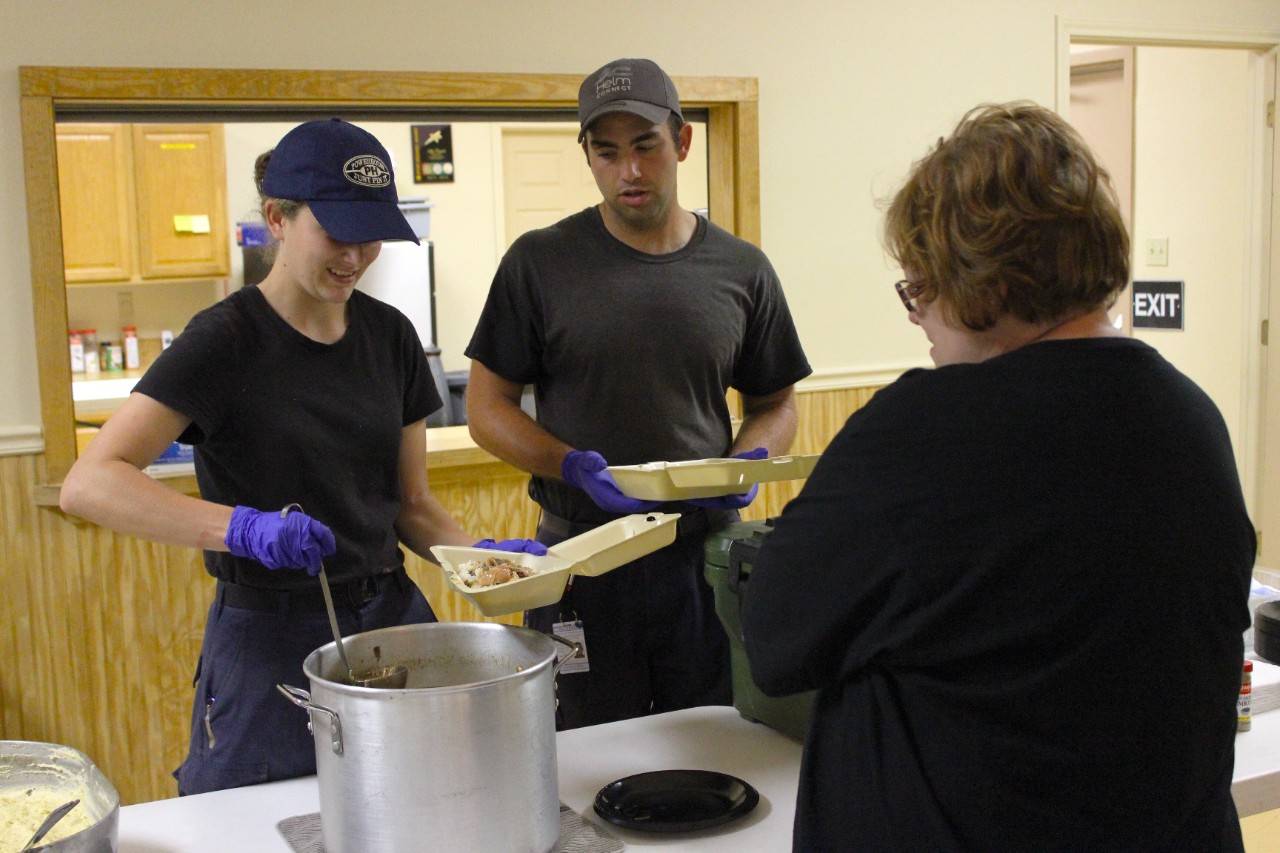 The American Red Cross continues to help people in Louisiana, Texas and Mississippi affected by this month’s devastating flooding.

The disaster response spans an area roughly the size of the state of Colorado and the Red Cross is working with the entire response community – federal, state, county and local agencies, other non-profit organizations, churches, area businesses and others – to help coordinate the relief effort and deliver services quickly.

Twelve volunteers with Islamic Relief USA came to Louisiana from across the United States to offer disaster assessments, shelter and financial assistance to those affected by the flooding this month.

"We have seen a lot of tragedy," says Hamwi. "We were doing a disaster assessment for a home in Caldwell the other day, when the owner came out to speak with us. You could still see the water soaked into the carpet through his open door."

When large disasters occur, the Southern Baptist Convention (SBC) dispatches disaster relief kitchen crews to the scene to prepare hot meals that Red Cross volunteers can deliver to those in need. In Alexandria, Louisiana, a Southern Baptist feeding team from the Red River Baptist Association in Arkansas is preparing hundreds of lunch and dinner meals to be delivered into neighborhoods where residents are recovering from the flooding. Kitchen supervisor Harold Johnson said the mobile kitchen is equipped to cook thousands of lunches and dinners each day.

When a disaster strikes, the kitchen team rolls into the area with trailers equipped with ovens, large kettles and all the implements needed to prepare thousands of meals. The Red Cross purchases bulk food for the SBC kitchen teams to turn into steaming hot meals for Red Cross to deliver. Johnson said the partnership with the Red Cross has been in place for 40 years or more. “It’s a good partnership. We each are doing what we do best to help those in need,” he said.

The Red Cross has also partnered with the First Baptist Church in Sterlington, LA to provide hot meals to flood victims in West Monroe. Tom Whitaker, who is leading meal preparation at the church, said that his team prepared approximately 1,800 hot dinners on the first evening. "They have a great spirit," says American Red Cross volunteer Reverend Arthur Turner, who has worked with the Southern Baptist Church on previous Red Cross disaster deployments in Oklahoma and South Carolina. "They prepare great meals for the people. I thank them for their time and hard work."

In Southwest Louisiana, the Red Cross, Southern Baptist Convention and Friend Ships Unlimited are working together to ensure the needs of those who have been displaced by flooding are being met. Volunteers from Friend Ships are staffing a shelter housed in the Knights of Columbus hall in Vinton, Louisiana. The Southern Baptist Convention has provided a shower trailer for shelter residents and community members have donated items to help in the response effort.

“Our people have a heart for service and want to take care of others,” said Murray Douglas, director of the Friend Ships Sea Hawks program, “and not just their physical needs. We take care of their emotional and spiritual needs as well.”

Friend Ships is a humanitarian relief organization based in Lake Charles, Louisiana. The all-volunteer group working in Calcasieu Parish includes many from the organization’s Sea Hawks program – a 2-year intense disaster response training program for 18 to 25 year olds. Friend Ships partners with other organizations in the community, including the Red Cross, churches and faith-based organizations, and government agencies, to ensure the needs of those affected by disasters are met.

The Red Cross needs the public right now to help support families suffering from disasters right now. Anyone who wants to help people affected by disasters like flooding and countless other crises can make a donation to American Red Cross Disaster Relief. People can donate by visiting redcross.org, calling 1-800-RED CROSS or texting the word REDCROSS to 90999 to make a $10 donation. These donations enable the Red Cross to prepare for, respond to and help people recover from disasters big and small.

The American Red Cross estimates that spending will fall between $5.5 million and $10 million to help people affected by spring floods and storms across Texas, Mississippi, Louisiana and Tennessee. This is an evolving disaster and these figures are preliminary estimates that are likely to change.