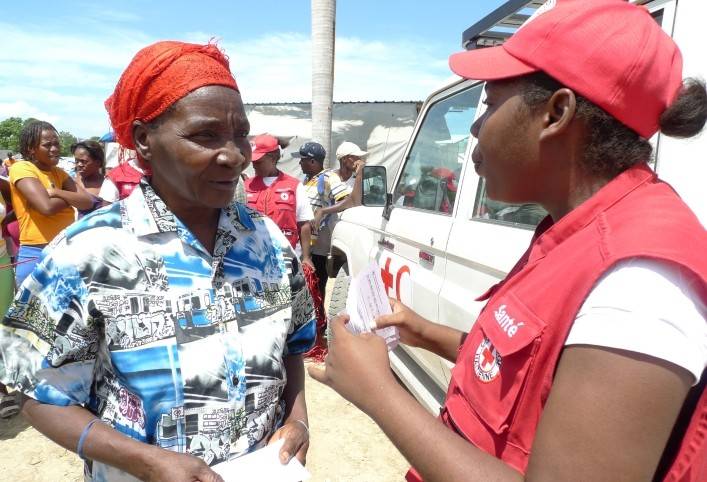 Thousands of people of Haitian descent face possible deportation from the Dominican Republic, as a government plan to expel migrants ramps up. The global Red Cross network has been preparing for the possible mass deportation, specifically in border areas of Haiti.

In 2013, the Constitutional Court of the Dominican Republic issued a judgment that changed the immigration status of an estimated 400,000 people—including 300,000 people of Haitian origin. Although no mass deportations have taken place yet, threats are looming.

For the past several months, the American Red Cross has been supporting the Haitian Red Cross and Dominican Red Cross to plan for a humanitarian response near the border. The American Red Cross stands ready to support these efforts, which could include providing basic health assistance, water and sanitation installations, distribution of hygiene items, psychosocial support, and transportation to local hospitals and transit hubs.

Mobilized and ready at four border locations—Malpasse, Belladaire, Anse-a-Pitre and Ouanamethe—the Haitian Red Cross is standing by to support people arriving from the Dominican Republic. Since families often get separated during large population movements, the Red Cross is also equipped to offer Restoring Family Links services, which help people connect with their loved ones.

According to reports, in addition to the four official border crossings, hundreds of illegal crossing points are used, making the process of identification and the provision of assistance to migrants very difficult.

Acts of violence or riots are possible. In order to mitigate risks, the Haitian Red Cross will rely on its volunteers who are well-known and accepted in the communities where they work. The Haitian Red Cross is recognized by both the government and the community for its neutrality, making it possible to work during times of civil unrest.

For more information about the American Red Cross in Haiti, visit redcross.org/haiti