Loved ones connect to those lost during the Holocaust

Loved ones connect to those lost during the Holocaust 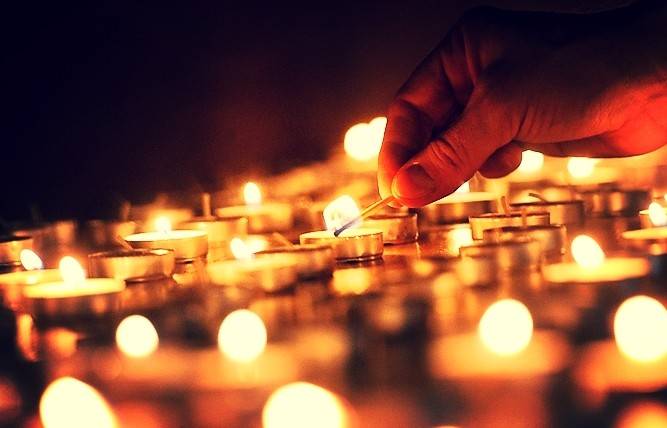 For more than 14 years, I have participated in an extraordinary service provided by the American Red Cross. We help people find missing loved ones separated by the Holocaust. This service is part of our Restoring Family Links program that reunites people separated by war, natural disasters, migration and other humanitarian crises.

Since 1939, the Red Cross has enabled thousands of people to find documentation on their loved ones’ Holocaust experiences, which include forced labor, forced evacuation from former Soviet territories and internment in concentration camps.

Usually, Restoring Family Links only focuses on reuniting people with missing relatives. With our Holocaust cases, we expand that research to include friends lost due to the Holocaust, in addition to family.

Even when our clients receive confirmation that their relatives or friends were deported or did not survive the war, they are still grateful to learn the new information.

Confirmation of a loved one’s fate can bring peace. Also, some of our clients have found loved ones, still alive today, who were lost during the Holocaust.

Susan Gati, a woman I helped reconnect with her family through the Restoring Family Links Holocaust tracing program, is just one the cases I had the pleasure of working on:

When Susan Gati was four years old, her father, Imre Tandler, left their apartment in Budapest, Hungary, in 1943, to report for forced labor. Sadly, she would never see him again.

She survived the remaining years of the war in hiding, with an aunt, her aunt’s husband and their two children. Her mother, Antonia, also was in hiding, but the two were separated.

After liberation, Susan and her mother found each other. Susan only knew that her father had been interned at the Bor Mines work camp in Yugoslavia. Following the war, a friend told Susan and Antonia that he had been taken to Germany, where he spent his last days.

“I didn’t know the details,” Susan told us.

As a child, she had no memories of her father, just a few pictures and some comments that her mother, aunt and cousins sometimes told her. She always felt his absence.

Throughout her life, Susan kept wondering about her father. Eventually, in August 2016, 13 years after her mother passed away, Susan went to a meeting of Café Europa, a social club for survivors, where I was presenting a program about the Red Cross’s Holocaust tracing services. Susan filled out a form about her father.

Half a year after Susan completed her form, we received new details about her father. My volunteer colleague Alison Berglas and I contacted Susan and she met with us in person at our office. Thanks to the Red Cross, Susan learned that, on Nov. 9, 1944, her father was transferred to Flossenbürg, a concentration camp in northeastern Bavaria, Germany. On Dec. 3, 1944, he was deported to Hersbruck, a subcamp of Flossenbürg, where he passed away a month later on Jan. 4, 1945.

“It was sadness,” she said about looking at the documents. “And it was so close to the date of liberation.” Despite the sad outcome, Susan said she was grateful for the work of the Red Cross in discovering more about her father’s life, including where he ultimately passed away.

Over the years, the Restoring Family Links of the Red Cross Los Angeles Region has been reaching out to the community to make sure everyone knows about our Holocaust tracing. We have visited places of worship, survivor organizations, Holocaust museums and more. We present on the survivors we had met and the relatives we have reconnected.

Our primary focus is to help clients who still do not know the fates of their missing loved ones. If we cannot help, we refer clients to one of our many partner agencies that conduct Holocaust-related research for children or grandchildren of survivors who want to know what happened to relatives they never met who were lost during the war.

Bob Rich has been active in casework and outreach for the Red Cross’s Holocaust tracing services for fourteen years. He also worked as a biographer at Steven Spielberg’s Holocaust research institute, the Shoah Foundation, as a writer at the Holocaust Museum LA, and as a volunteer at the Survivor Mitzvah Project, which provides food, medicine, heat and shelter to impoverished Holocaust survivors in Eastern Europe.