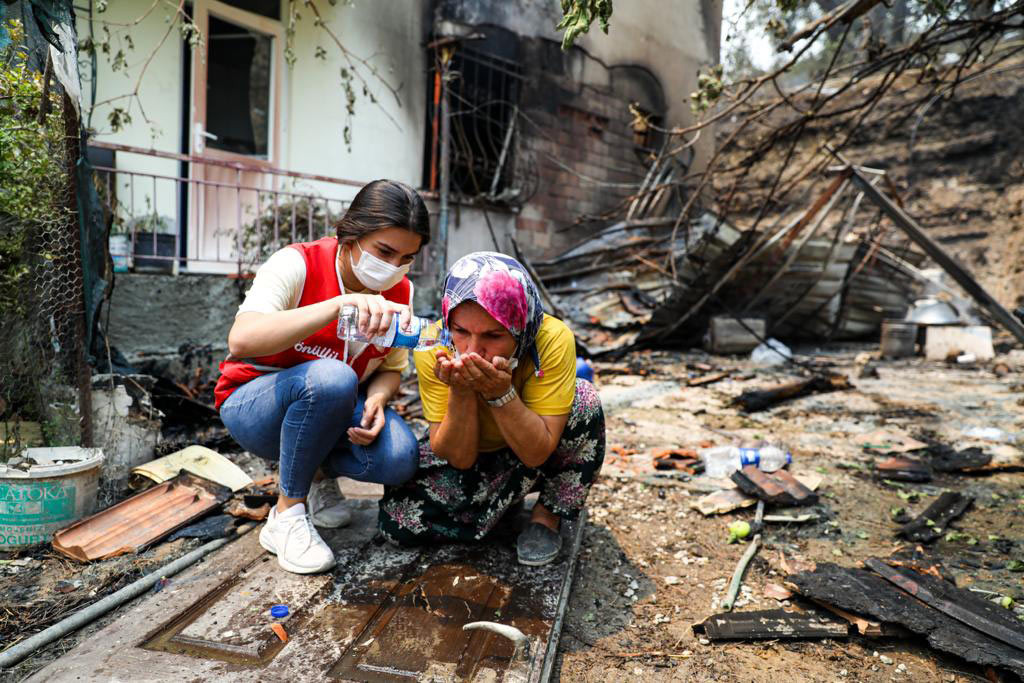 Volunteers from Greece, Italy, Russia, Spain, and Turkey are responding to several wildfires raging across Europe. Scorching temperatures, high winds and tinder dry conditions have forced rescues by sea and land, with thousands of people fleeing for their lives with just the clothes on their backs.

Over the last few weeks, the fires continue to spread in several countries, the worst affected being Turkey and Greece. The fires in both countries are the worst in decades, meanwhile the temperature is breaking records in Greece.

The Red Cross and Red Crescent National Societies have been providing their support since the onset of the wildfires. Their main activities consist of first aid, the distribution of food, water, hygiene kits, clothing, vehicles and psychosocial assistance.

More than 2,000 Turkish Red Crescent (TRC) staff and volunteers are on the ground helping people impacted by the fires. The TRC is working with its teams to fight the wildfires and working in wildfire areas to support the affected population. Their support includes emergency food kits, including water, food parcels, and distributing meals and relief items where needed.

In Greece, more than 130 staff and volunteers of the Hellenic Red Cross have been evacuating trapped people by land and by boat; providing first aid services; and helping fight the fires alongside fire department crews. Hellenic Red Cross volunteers are providing first aid to residents who suffer burns and to firefighters who are experiencing respiratory implications. Additionally, there are power outages and disruption to electricity as well as water supplies in affected areas.