This Thanksgiving, the American Red Cross would like to thank its corporate partners, their customers and employees for supporting our mission during these last few demanding months.

During this time, massive disasters struck, affecting hundreds of thousands of people who turned to the Red Cross for help. Three immense hurricanes – Harvey, Irma and Maria –caused heartbreaking devastation for those in their paths. As if these storms weren’t enough, wildfires burned more than 218,000 acres in northern California, destroying some 8,900 structures including thousands of homes. In addition, Mexico City experienced a deadly 7.1 magnitude earthquake and the Red Cross worked closely with the Mexican Red Cross to provide humanitarian aid and assistance.

As each of these huge emergency situations put people in peril, your generous financial donations enabled us to provide those affected with shelter, food and comfort. Your support allowed us to work alongside partners to deliver more than 1.3 million overnight shelter stays for people impacted by the hurricanes and wildfires, along with more than 11.4 million meals and snacks, more than 6.2 million relief supplies, and more than 214,600 health and mental health services.

In addition, the Red Cross helped more than 580,000 households get back on their feet with recovery assistance and helped families reunite with loved ones after losing touch with each other due to the disasters.

We say thank you to the following partners who gave $3 million and above to help people in need for their tremendous generosity during these disasters:

Amazon and Amazon customers supported relief operations for Hurricanes Harvey, Irma, Maria and the earthquakes in Mexico with more than $6 million in financial donations and essential supplies through the Red Cross Wish List. Amazon in-kind support also included two humanitarian aid flights through Prime Air to Puerto Rico and the US Virgin Islands as well as website and call center support from Amazon Web Services.

Discover, its employees and cardmembers donated over $3 million to Disaster Relief in response to the devastating Hurricanes of 2017. Cardmembers had the option to make donations using their Discover Card and/or to donate their Cashback Bonus, and employees donated through a workplace giving initiative. Discover matched cardmember’s donations up to $1 million and matched employee donations dollar-for-dollar. Discover also generously provided the Red Cross with a rebate of the fees associated with any Discover Card donation made to the Red Cross during the time of their campaign, which ended on October 3.

ExxonMobil generously donated $1 million in cash, $2.3 million in TV ad space during September, and created a Disaster Relief workplace giving campaign for its employees and retirees to support Hurricane Harvey relief efforts. The workplace giving and corporate match campaign generated more than $1 million in additional funds and the campaign will continue to run through December 31, 2017.

Facebook invited the Red Cross to open fundraisers to users on their platform for Hurricanes Harvey, Irma, and Maria, and encouraged users to dedicate their birthday to raise money for the Red Cross. These combined campaigns raised in excess of $3.4 million for the various hurricane relief efforts. Facebook also provided the Red Cross with further ad credits to promote ways to support those impacted by the disasters through contributions to the Red Cross.

Facebook also provided critical public data and maps of disaster survivors who were posting on social media to help the Red Cross better assess needs on the ground to provide immediate resources.

Google, Googlers, and the public together raised and donated $4 million to support Red Cross relief efforts for Hurricanes Harvey, Irma, Maria, and the California wildfires. This included two public matching campaigns that raised over $2 million for hurricane relief efforts.

PayPal mobilized its platform and resources, conducting extensive customer and employee outreach to encourage them to donate to help the communities affected by the recent natural disasters. Donations made online and in the PayPal app to the PayPal Giving Fund in support of the Red Cross and other featured organizations were processed at no cost so that 100 percent of the funds would go to support those in need

NBCUniversal Telemundo Enterprises raised more than $12.9 million for the Red Cross relief efforts for the victims of the natural disasters in Mexico, Puerto Rico, Texas, Florida and the Caribbean islands. Under the banner of "Todos Unidos" (All Together,) the Telemundo Networks, together with the Telemundo and NBC owned stations, raised more than $7.45 million for those affected. As part of these efforts, Comcast NBCUniversal and Telemundo contributed $500,000 in cash. In addition, prior to this effort, the NBC and Telemundo owned stations together with the Telemundo Networks raised nearly $5.5 million through multiple fund-raising efforts since Harvey struck Texas, including multiple local phone banks across the country in collaboration with the Red Cross and local Red Cross Chapters, as well as a national Red Cross Day. With the support of major media partners and top celebrities and TV personalities, the company’s "Todos Unidos" efforts included a live network special hosted by the international media icon, Mario Kreutzberger, Don Francisco that aired simultaneously across Telemundo, the cable network Universo and the Telemundo Internacional Cable Channel in Mexico.

The Boeing Company and Boeing Charitable Trust have contributed $2.5 million to the Red Cross for Hurricanes Harvey, Irma, and Maria relief efforts. In addition, Boeing’s incredibly generous employees have donated over $800,000 to support Red Cross’ efforts to help communities as they recover from these recent hurricanes.

In the wake of an unprecedented string of natural disasters including three of the most devastating hurricanes to impact the US and its territories, The Walt Disney Company helped mobilize over $16 million in cash to the Red Cross through direct giving and a Disney | ABC Television Group and ESPN Day of Giving effort to encourage viewer donations.

Additionally, Disney VoluntEARS shared their magic and assisted shelters and communities impacted by Hurricanes Irma and Maria. Disney is an Annual Disaster Giving Program (ADGP) member, with funds prepositioned to ensure that the Red Cross is ready to mobilize and prepared to help at the earliest moments of response.

Disney’s many efforts continue to bring comfort to colleagues, friends and neighbors who are rebuilding from hurricanes in the Caribbean and US, earthquakes in Mexico and wildfires in California.

Univision Communications Inc. raised millions of dollars for disaster relief to help those affected by the natural disasters of 2017. Univision’s broadcast and digital platforms, producers and talent were mobilized to unite audiences in solidarity and help bring resources to the affected communities of Houston, Texas; Oaxaca/Chiapas, Mexico; South Florida; Mexico City and Morales; and Puerto Rico and the Caribbean. Univision’s contribution included a seven-hour telethon with a celebrity studded phone bank, and a two-day sports special in partnership with several key sports networks, in addition to numerous regional and local campaigns in Univision’s markets.

Walgreens’ customers nationwide generously contributed over $18 million to the Red Cross for Hurricanes Harvey, Irma, and Maria relief efforts through donations at store checkouts. In addition, Walgreens made individual commitments of $650,000 to aid in disaster recovery efforts from these hurricanes. Walgreens also donated food items, first aid and medical equipment including blood pressure cuffs, glucometer strips, catheters and transport wheelchairs to the Red Cross emergency shelter at the George R. Brown Convention Center in Houston. They also provided other first-aid and medical items, donated trailers of water and food, as well as EmergenC and sunscreen to affected areas in Puerto Rico to support relief efforts.

Walmart, its employees and customers partnered with the Red Cross to help people affected by Hurricanes Harvey, Irma, Maria, the Mexico earthquakes and the California wildfires. In a 32-hour period, Walmart customers raised a record-breaking $5 million, with a corporate match of $10 million. In total, Walmart raised and donated more than $60 million to the Red Cross to support hurricane relief efforts.

Additionally, Walmart associates in Red Cross mega-shelters in Dallas and Houston set up Walmart pop-up stores to distribute much-needed supplies and staples to shelter residents. Necessities like hygiene items, formula and diapers were given to residents free of charge.

Lastly, Walmart’s logistical and transportation experts retooled the operations supply chain – bringing much-needed aid to people faster. Quick work by the Walmart financial services team enabled the Red Cross to provide fast cash to those most impacted by Hurricane Harvey. Walmart's previous financial support also made a big difference thanks to a significant investment in RC View – which aided almost every shelter and resource decision the Red Cross made in response to these storms – through the analytics and mapping capabilities of this new technology.

Wells Fargo and its team members supported communities impacted by the recent natural disasters by activating an ATM donation option, which allowed its customers to contribute to Red Cross disaster relief efforts, ensuring hurricane survivors had immediate relief and support during the recovery process. 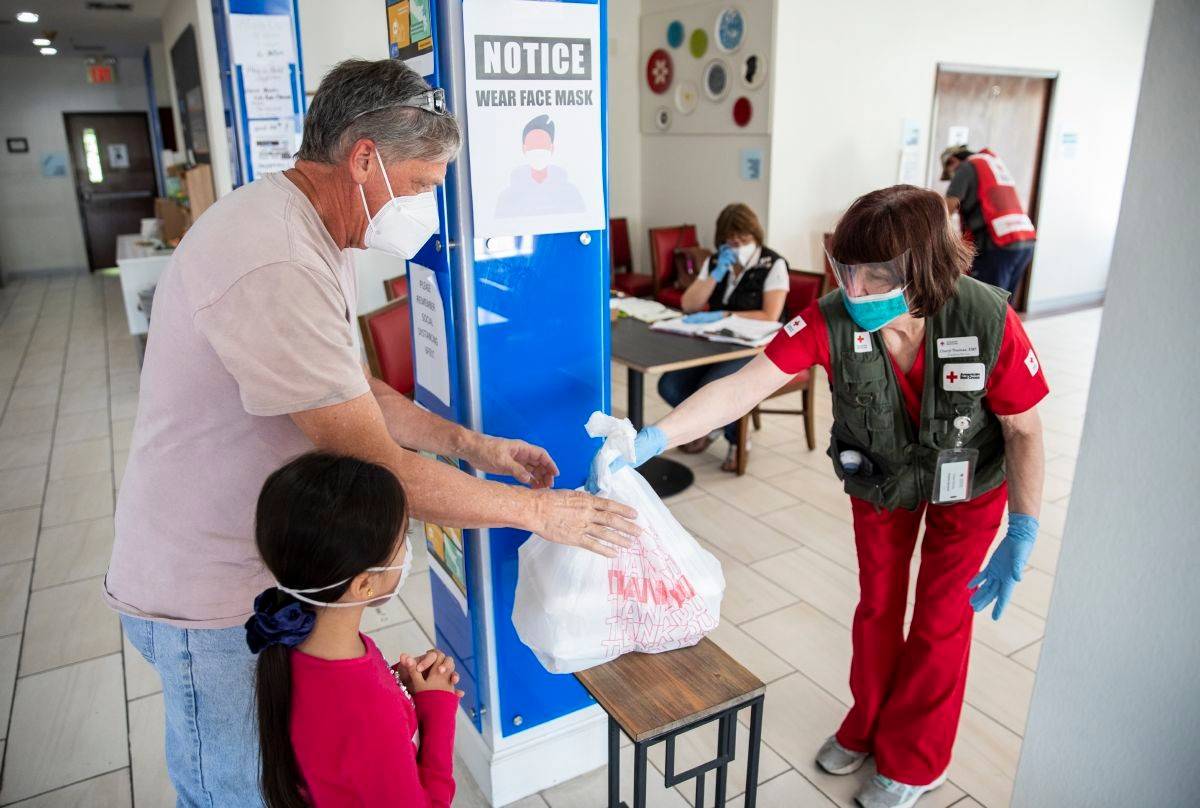 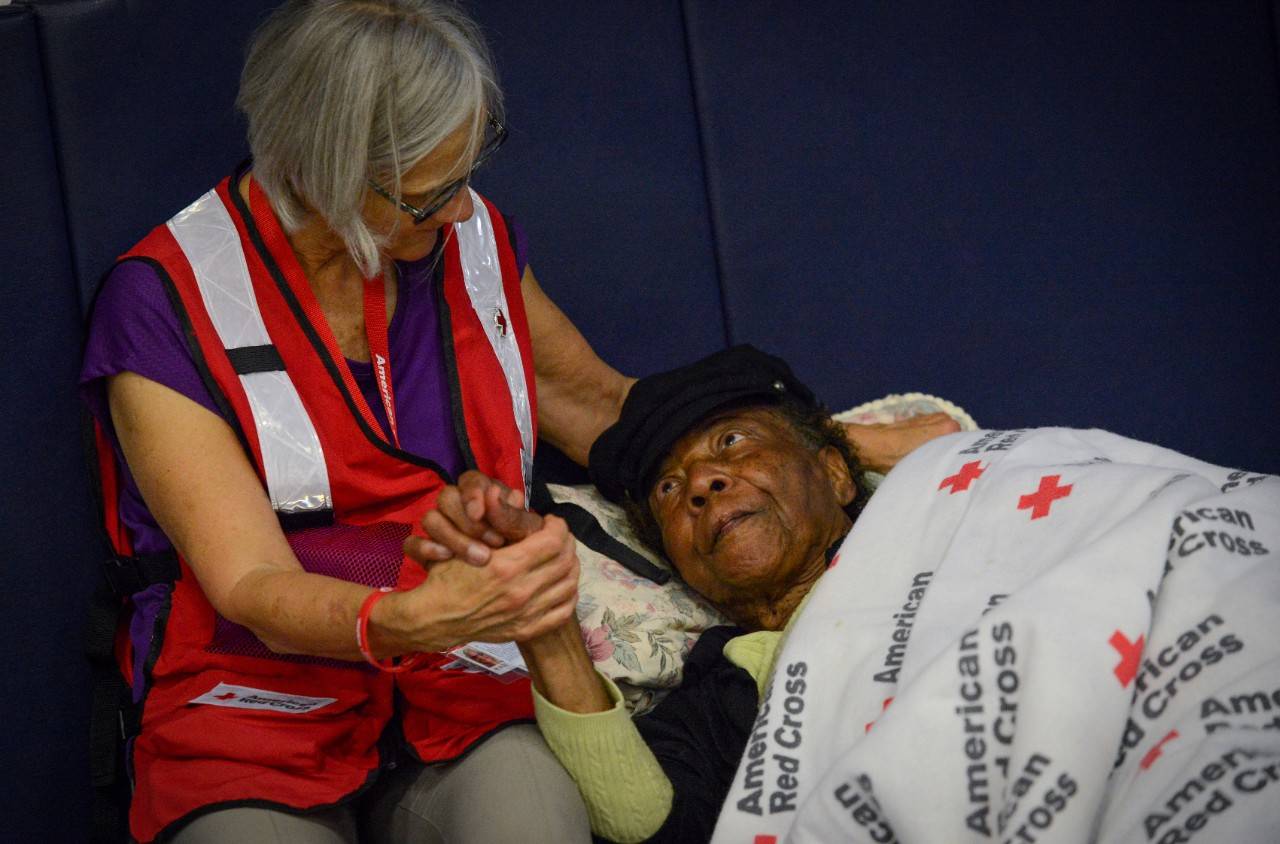 Today is Giving Tuesday: Give Something that Means Something
.type=article.p=1.f=activity%3Afinancial-donation
Donate Now