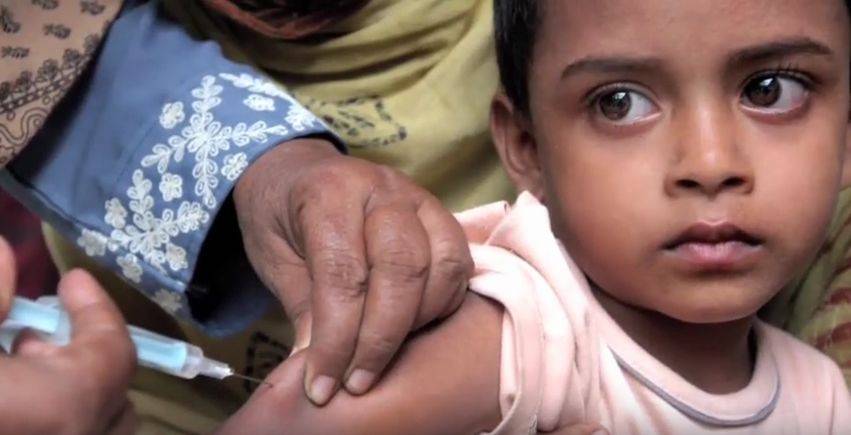 With 14 million volunteers, the global Red Cross and Red Crescent network responds to catastrophes and helps countries build resilience to future disasters, helps families search for loved ones missing as a result of war, migration, natural disaster or civil unrest, and works to prevent the spread of infectious diseases—like measles and rubella—in communities around the world.

The American Red Cross committed $450,000 to assist in meeting the immediate needs of those affected, including $150,000 for Dominica, $200,000 for Cuba and $100,000 for St. Kitts & Nevis and Antigua & Barbuda. A global Red Cross emergency team, including four American Red Cross disaster response specialists, supported relief operations and damage assessments in Dominica. Team members, like Susan Schaefer, helped reunite family members separated by the disaster. Schaefer answers questions about reconnecting families on the island in this interview.

Read more about how the Red Cross helps save lives around the world here.

In 2001, the American Red Cross and other organizations launched an initiative to help control the spread of measles around the world. Since then more than two billion children in more than 80 countries have been vaccinated through the Measles & Rubella Initiative and massive campaigns have been conducted to educate people about the importance of being vaccinated.

The American Red Cross and program volunteers have utilized mass media, rallies, door-to-door visits and educational entertainment to reach families who do not have access to routine health services, whether they live in distant villages or urban settlements.

The American Red Cross helps families that have been torn apart by war or disaster, whether recently or as far back as World War II. From the delivery of simple messages, such as “I am alive” to incredible reunions of Holocaust survivors, these services bring comfort to thousands of families. Each year, the American Red Cross helps reconnect, on average, more than 6,400 families separated by war, disaster, or migration around the world.

American Red Cross caseworkers around the country help families locate missing relatives by working with the International Committee of the Red Cross (ICRC) and Red Cross and Red Crescent societies in nearly every country around the world. Once a family member is found, the Red Cross helps them reconnect.

To begin a search, people can contact their local Red Cross - the critical link in your community to the vast global Red Cross and Red Crescent network. They can also call our free national helpline at 844-782-9441 or use the International Reconnecting Families Inquiry Form.

Each year, disasters around the world devastate millions of people. But many communities are missing from the maps that responders use to deliver lifesaving aid. To help get relief into people’s hands, the American Red Cross and partner organizations have launched the Missing Maps project.

This technology makes a lifesaving difference for disaster workers combating deadly health crises like the 2014 Ebola outbreak in West Africa. And when a 7.8-magnitude earthquake ravaged parts of Nepal in 2015, volunteers worldwide sprang into action to map affected communities and roads to support relief efforts on the ground.

But much work still lies ahead to put more families in the world’s most vulnerable communities on the map before disaster strikes. You can join this lifesaving project right from your own home. All you need is a computer and an internet connection. Visit Missing Maps to learn how to get started or to find a mapathon event.

Amid a Flurry of Global Disasters, Red Cross Helping Around the World
.type=article.p=1.t=redcross%3ALine-of-Service%7CInternational.f=service%3Ainternational-services.t=redcross%3Aoccasion%7CRed-Cross-Month
Donate Now