It Began with Six Young Volunteers

In 1884, six children put on a play that raised $50 that they donated to the then three-year-old American Red Cross. Red Cross founder Clara Barton used the money to aid a family affected by severe Midwestern floods.

Students became involved for the first time in a war effort in 1898, when they helped provide medical support and comfort to American soldiers and their families during and after the Spanish-American War. 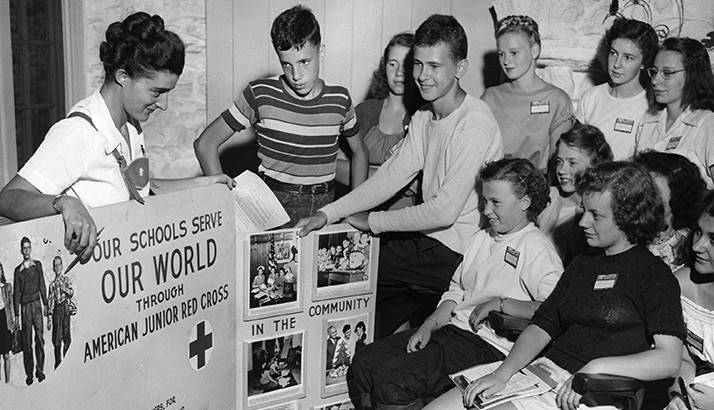 World War I inspired an official organization for young people: the American Junior Red Cross. Students knit scarves, rolled bandages and built furniture for hospitals and convalescent homes. They prepared and sent Friendship Boxes containing school and personal items to students overseas. They worked in Victory Gardens (vegetable gardens that added to the nation's food supply) and raised funds. In fact, Junior Red Cross members contributed an amazing $3,677,380 to the Red Cross during the war.

After the war, members of the Junior Red Cross kept working to make children’s lives better, both overseas and here at home. Through the National Children's Fund, the Junior Red Cross aided war victims and refugees throughout Europe and helped fight against the influenza pandemic which struck both Europe and America. Funds were raised to help victims of fires, floods and tornados and to support Native American schools in the American Southwest. During the Great Depression Junior Red Cross members distributed surplus wheat and cotton, collected clothing and food and canned fruits and vegetables.

Following World War II, the Junior Red Cross continued some traditional programs, such as assistance to war veterans and their families, disaster relief, and public health. The Red Cross introduced an International Student Work-Study Program, started a High School Chest Program which sent school supplies to students who had lost them in natural disasters and set up Leadership Development Centers for junior and senior high school and college students. 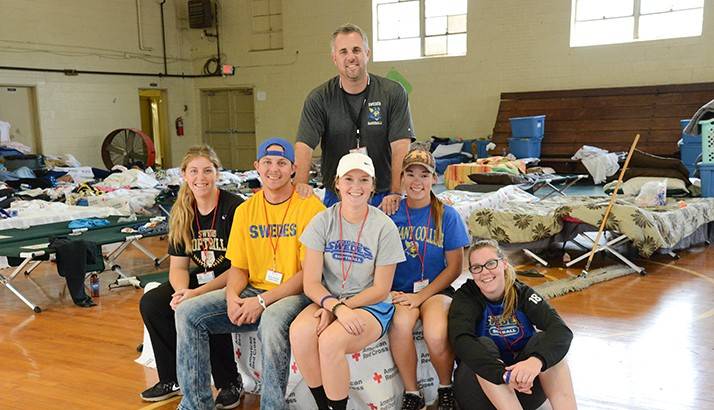 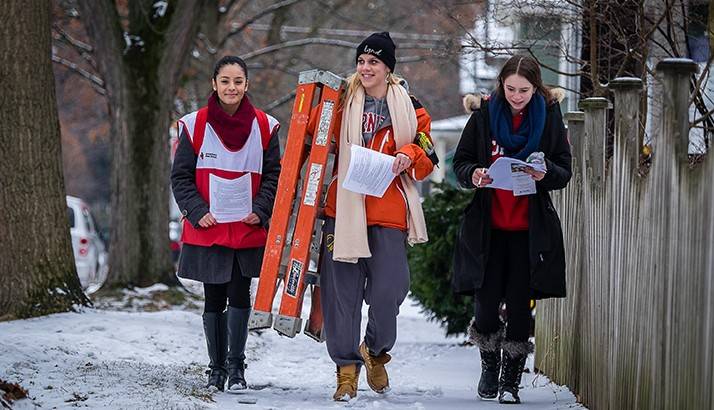 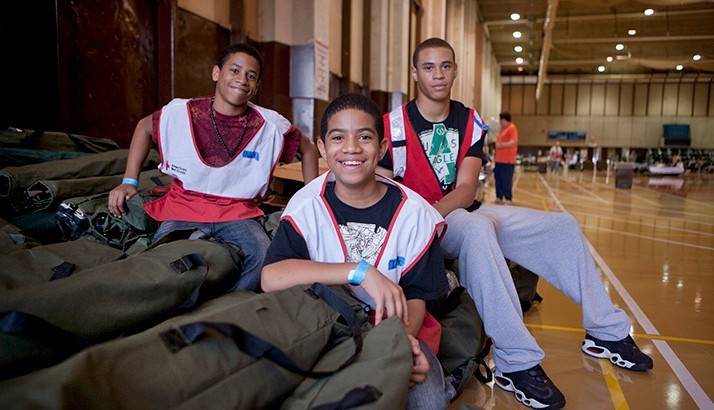 While staying at a Red Cross shelter during Hurricane Sandy, Brothers Noel, Isaiah, and Frankie decide to volunteer and help wherever they could.

At the American Red Cross, a 13-year-old from a small town and a 16-year-old from one of the biggest cities in the country come together and work for the same purpose. Everything they do helps their community—and echoes around the world.

To find out how you can become a young humanitarian in today’s Red Cross, contact your Local Red Cross.

Help support the Red Cross by making a financial donation, donating blood, and learning a lifesaving skill to keep your home and workplace safe.
Donate Now