Today’s Red Cross nurses are continuing a proud tradition of service that stretches back to the earliest days the organization. Nursing was at the core of the International Red Cross Movement at its beginning and Clara Barton, founder of the American Red Cross, first came to public attention as an amateur nurse who provided aid to soldiers during the Civil War.

Red Cross nurses were involved mainly in disaster relief and support to the military during the early years, generally serving on an “as needed” basis.

The role of the American Red Cross in wartime and peace time was formalized by Congressional charters in 1900 and 1905. In response, the organization created the Red Cross Nursing Service and appointed a strong-willed visionary, Jane Delano, as its director. Among her accomplishments, Delano:

Within weeks of the outbreak of World War I, the Red Cross dispatched a “Mercy Ship” with medical supplies, doctors, and 125 nurses to aid military and civilian victims of the conflict. When the United States entered the war, we recruited more than 23,000 nurses to serve at home and overseas.

During the war and following the 1918 armistice, Red Cross nurses aided those afflicted by diseases that accompanied the hostilities, including the Spanish flu epidemic which began in Europe and caused an estimated 22 million deaths worldwide. The American Red Cross recruited more than 15,000 women, including nurses and others who had taken home nursing classes, to help care for flu victims in the United States.

At home, nurses continued to provide service to convalescing veterans. At the same time, we increased our civilian services:

In 1930, the newly-established Veterans Administration took over responsibility for the health care of veterans, although the Red Cross continued to provide social and recreational services. When the federal government introduced Social Security in 1935, the Red Cross reduced its public health nursing activities because the new system provided communities with their own public health funds.

By World War II, our role was limited to recruiting nurses for the Army and Navy Nursing Corps. During the war, approximately 153,000 nurses held “active” status on Red Cross rolls and 71,000 of them served with the military at home and overseas.

The Red Cross launched a blood supply program for the armed services in February 1941. When blood procurement reached its peak in June 1944, nearly 1,000 nurses served in Red Cross blood centers across the country.

In their distinctive capes and hats, nurses were the public face of the American Red Cross for many decades. Today, the Red Cross nurse “uniform” may be a simple vest and pin but they remain a vital part of our disaster services, blood program, and health and safety training. More than 20,000 nurses are involved today in paid and volunteer service with the American Red Cross, sharing the mission of all the women and men who have served under our banner for more than 130 years.

To learn more about today’s Red Cross nurses, and how you can get involved, please visit our Nursing and Health section.

Red Cross Nurses Through the Ages 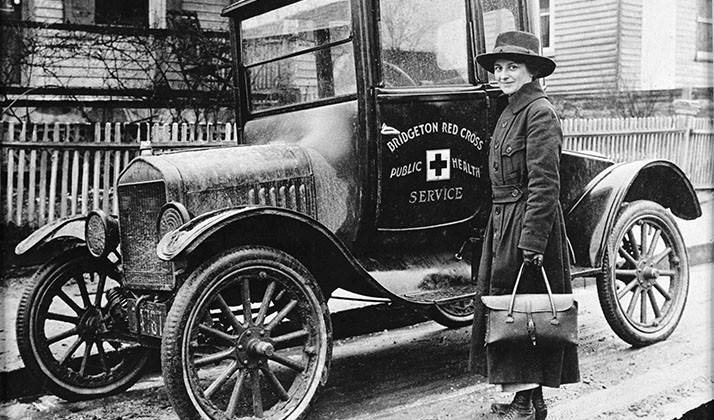 "Utopia! I have my own car," says this Red Cross Nurse who gave up horse and buggy transportation for a Model T Ford. Bridgeton, MA, 1916. 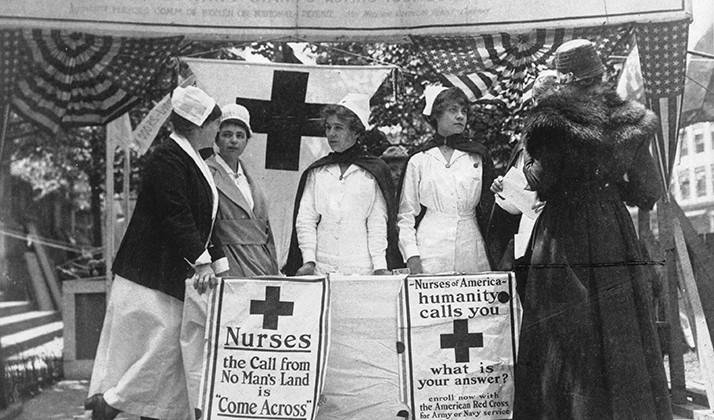 World War I nurses work at a recruiting station to field new members, circa 1917. 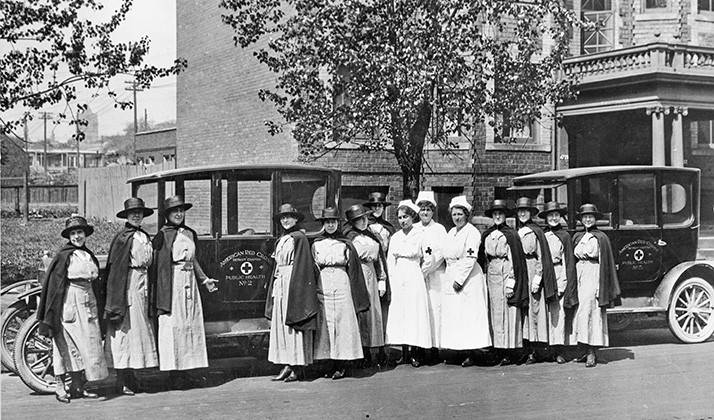 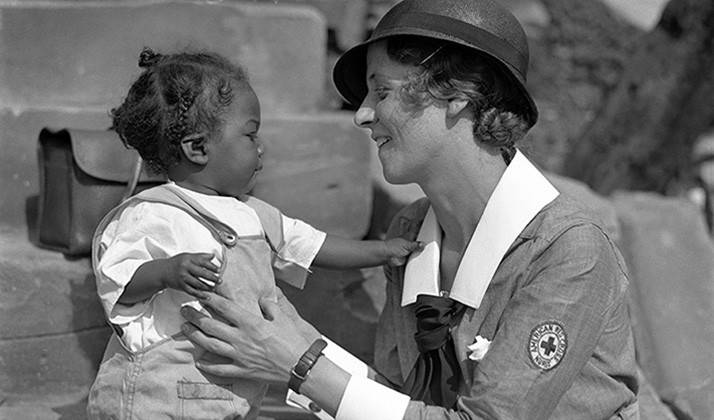 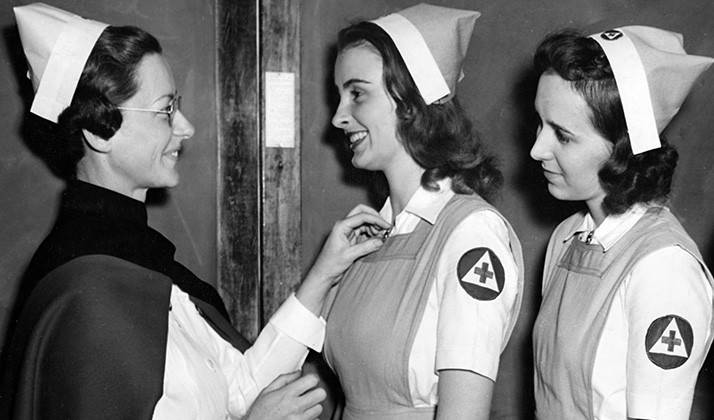 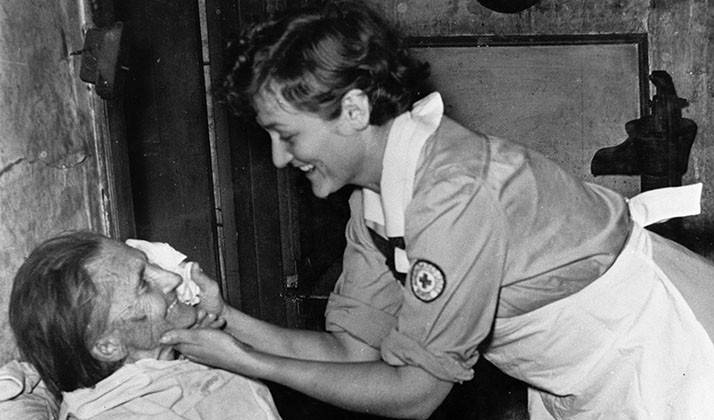 All in a day's work for this Public Health nurse in Franklin, PA, 1942. 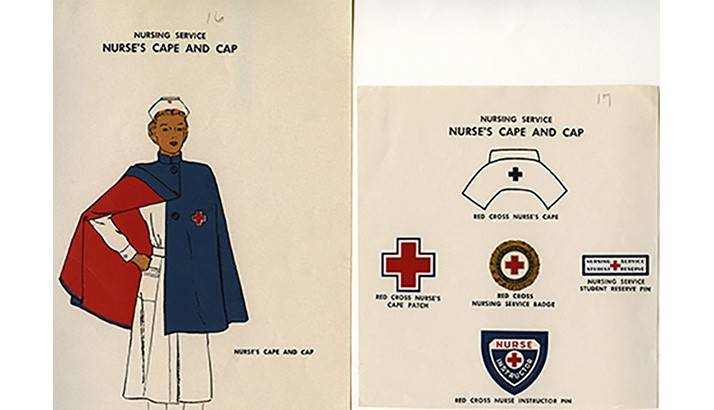 The Nursing Service uniform circa 1948 included a nurse's cape and cap, plus insignia such as the cape patch and service pins. 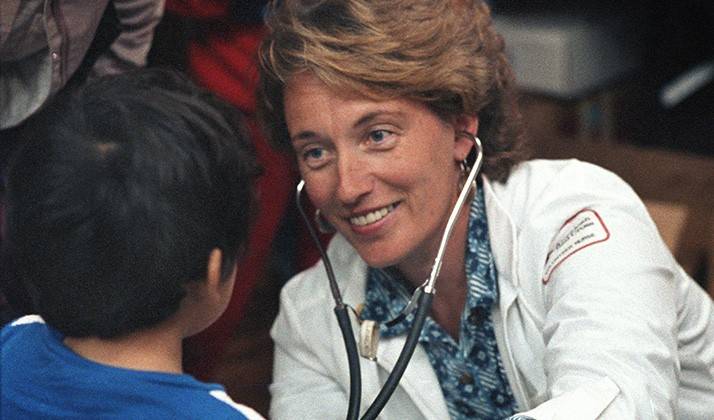 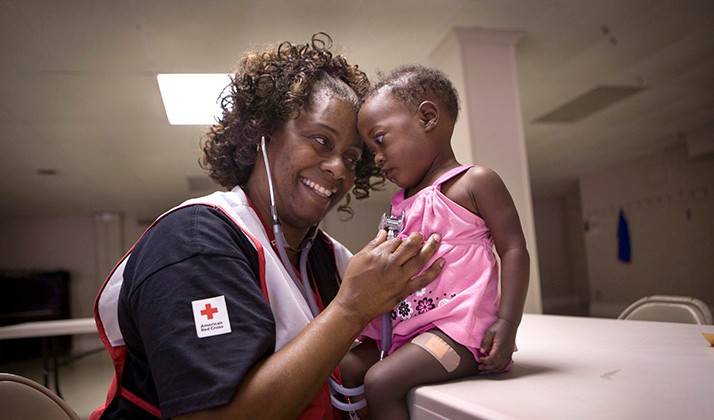 Nurse Regina Hudson with a young patient at a Red Cross shelter in Vicksburg, MS, May 2011. 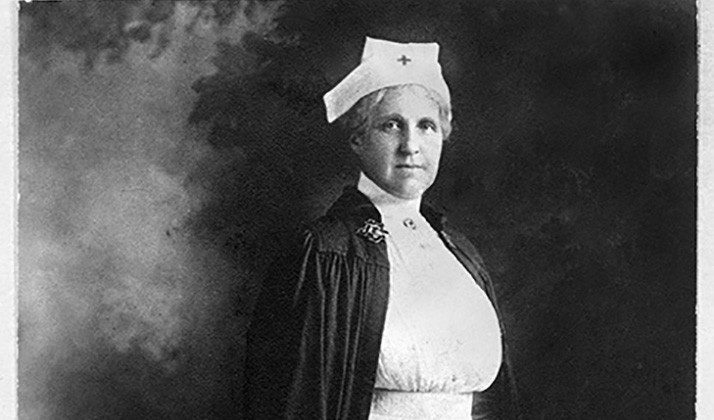 To this day, Red Cross nurses follow in the footsteps of Jane Delano, a leading pioneer of the modern nursing profession, who almost single-handedly created American Red Cross Nursing.

A woman of incredible energy, her remarkable career included service as: 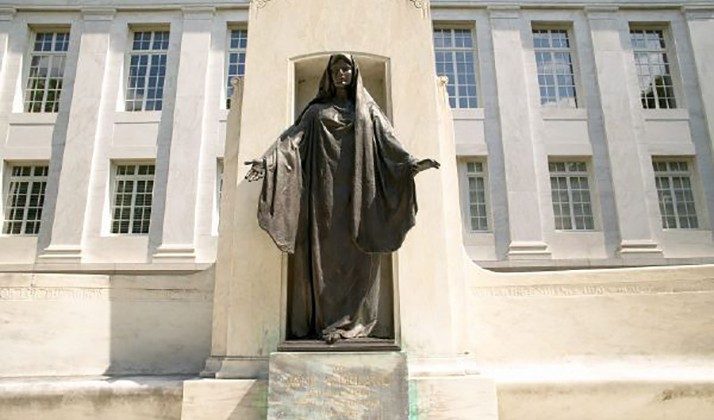 Not long after her death, American nurses collected funds for a memorial to Delano and the other nurses who died in the service of their country. R.Tait McKenzie, a sculptor and physician, designed a bronze memorial featuring the draped figure of a graceful woman with hands extended to show a nurse’s readiness to serve. An inscription states, “To Jane A. Delano and the 296 nurses who died in the War–1917-1918.”

The memorial is located in Red Cross Square, at 430 17th St NW, in Washington, D.C. We invite you to take a moment on your next trip to our nation’s capital to visit and reflect on this remarkable woman and her dedicated colleagues.

90% of the work of the Red Cross is done by volunteers. Nurses and other health professionals serve as clinicians, educators, leaders and more. Use our volunteer role finder to explore opportunities in your community.