Since 1881, American Red Cross members and volunteers have been an essential part of our nation’s response to war, natural disaster and other human suffering. We’ve witnessed great tragedy, but we’ve also seen triumph as people work together to help rebuild lives and communities. Through the timeline below, you can explore some of those key events in Red Cross history.

May 21, 1881: Clara Barton and associates establish the American Red Cross. 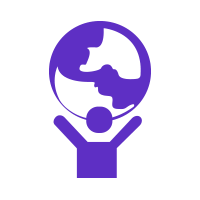 The Red Cross expands beyond military support and disaster relief, working to enhance community resilience and help people prepare for emergencies, including our first Federal Charter, Two World Wars, Korea, Vietnam, our first civilian blood collection program, and the launch of training in first aid, water safety and other skills.

April 12, 1912: Clara Barton dies at age 90 in her home in Glen Echo, Md., eight years after her resignation from the Red Cross.

April 14, 1912: Red Cross comes to aid of those who survived the sinking of the Titanic. 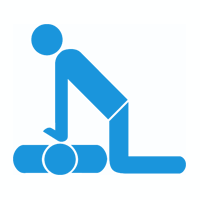 May 10, 1917: President Woodrow Wilson appoints a War Council to guide operations of the Red Cross during World War I.

April 21, 1927: After weeks of heavy rainfall, a major levee breaks along the Mississippi River beginning a flood that would cover 27,000 square miles. Red Cross spends months aiding the victims. 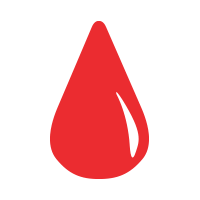 January 12, 1948: Red Cross begins its National Blood Program for civilians by opening its first collection center in Rochester, NY. By the end of 1949, we will open 31 American Red Cross Regional Blood Centers.

December 5, 1962: Red Cross begins collecting medicines and food for Cuba in exchange for release of Bay of Pigs POWs.

August 7, 1990: Five days after the launch of Operation Desert Shield/Storm, American Red Cross workers arrive in the Persian Gulf region. Over the next year, 158 Red Cross staffers will live and work with the troops. Seven will receive the Bronze Star for meritorious service.

Approaching its 140th year of service, the Red Cross continues to bring hope to people in their time of need, including domestic disaster responses including the September 11 terrorist attack, ongoing support for America’s military families, and our international campaign to combat measles.

September 11, 2001: Red Cross responds to terrorist attacks in New York, at the Pentagon and outside the town of Shanksville in rural Pennsylvania.

May 1, 2006: The American Red Cross commemorates 125 years of service both national and international.

May 31, 2012: The Red Cross launches our first smartphone app. Designed to help people learn and practice First Aid in emergency situations, the app will be downloaded more than one million times in the next 18 months.

May 20, 2014: To mark its 100 years of swimming safety education, the Red Cross launched the Centennial Initiative, a national campaign to reduce the drowning rate by 50 percent in 50 cities over three to five years.

September 29, 2014: The Red Cross launches a smartphone app for blood donors; the app will reach one million downloads in April 2017.

October 7, 2014: The Red Cross launches its Home Fire Campaign, a national campaign to reduce deaths and injuries from home fires by as much as 25 percent over five years.

September 1, 2019: Hurricane Dorian makes landfall in the Bahamas as a Category 5 hurricane, taking lives and displacing tens of thousands. The Red Cross provides $16.6 million in assistance and working with partner organizations supply nearly 575,000 meals to people across the islands.

July 24– December 12, 2020: Dozens of wildfires rage simultaneously in California, Oregon, and Washington, consuming millions of acres and forcing tens of thousands of people to evacuate. The Red Cross provides more than 400,000 overnight stays, over 901,000 meals, and 56,500 relief items.